Snyder has no plans to make Justice League 2. 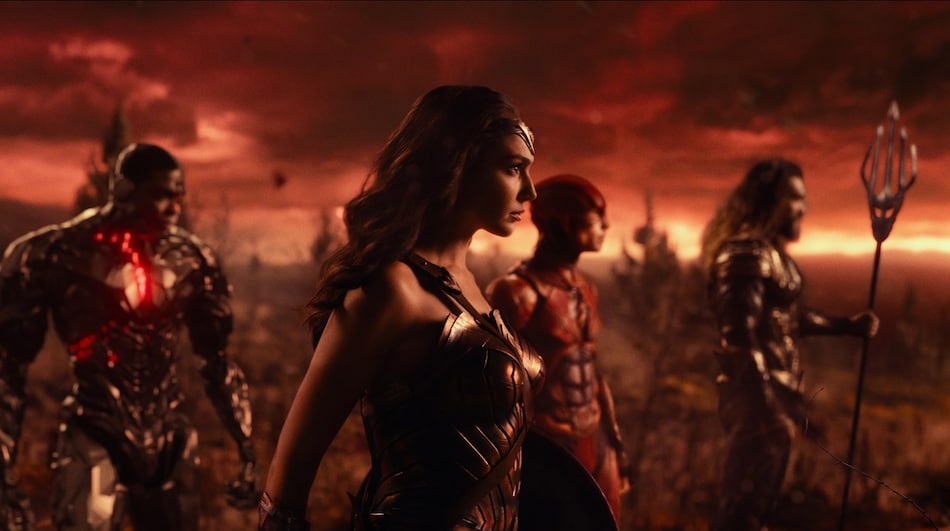 Justice League Snyder Cut will end on a “massive cliffhanger”, director Zack Snyder has revealed, even though he has no plans to make more DC movies and doesn't think a potential Justice League 2 will ever happen. Snyder isn't entirely ruling out a sequel though, given how he found himself returning to Justice League thanks to a lengthy fan campaign and a fledgling streaming service (HBO Max) in need of attention. Wait, is he prodding the DC fandom to launch a second social media campaign that will pressure Warner Bros. to hire Snyder for Justice League 2? Who knows.

“The movie ends in a massive cliffhanger, yeah,” Snyder told IGN Fan Fest over the weekend, contradicting what many DC fans had vehemently discussed and supposed to be true. Snyder added later that the original plan was to have a Justice League trilogy: “Well, it was meant to be two more movies. [Zack Snyder's Justice League] doesn't really encompass any of the additional movies other than little… It hints, as you would, at a potential other world. I would plant the seeds as I had wanted to of what would come in the later films. That's in there, but as far as those stories, that would be to come if ever that happened — which it does not look like it would.”

Even though Snyder keeps saying that he doesn't see Justice League 2 happening at Warner Bros., that didn't stop him from further elaborating on what the film would look like. Snyder revealed that it would have been primarily set in the post-apocalyptic “Knightmare” world — the one Batfleck sees in Batman v Superman: Dawn of Justice in his dreams, which we'll revisit in Justice League Snyder Cut with Jared Leto's new Joker for the ride — with the Justice League heroes trying to make sure that Earth never ends up in such a devastating situation.

“I'm a huge fan of [the post-apocalyptic world] and, really, the idea was that as the [Justice League] movies progressed, the next movie — if there ever was one, and it doesn't seem like there ever will be, but if there was — it would exist primarily in that world with them trying to set it right. [The “Knightmare” sequence in Justice League Snyder Cut with Batman and Joker] doesn't overstay its welcome, but it definitely does what I needed it to do for the story and for us. Beyond that, I think it's a spoiler.”

Snyder would clearly love to make Justice League 2 (and more sequels), which explains why he's trying to keep the door open. But he's unsure of support from Warner Bros., more so given how the DC film universe has gone in a different direction since Justice League. Robert Pattinson is set to be the new Batman in 2022's The Batman from writer-director Matt Reeves. And just last week, Warner Bros. hired J.J. Abrams and Ta-Nehisi Coates to develop a Superman reboot that will reportedly cast a new actor.

That said, those films are not part of the DC Extended Universe canon — alongside Justice League, Wonder Woman 1984, Aquaman, and (upcoming) The Suicide Squad — which leaves room for Snyder to return with his original group one day. To which, Snyder said: “[Justice League 2 is] very hypothetical. I think that I would say, I would believe it when I see it, and happy to cross that bridge when I see it approaching.”

Zack Snyder's Justice League is out March 18 worldwide. It will be available on HBO Max in the US, HBO Go in parts of Asia, and HBO services in Europe. There are no concrete details on a platform for India, but WarnerMedia — which owns HBO — says it's “in discussions with local and global partners and will have more details shortly”.