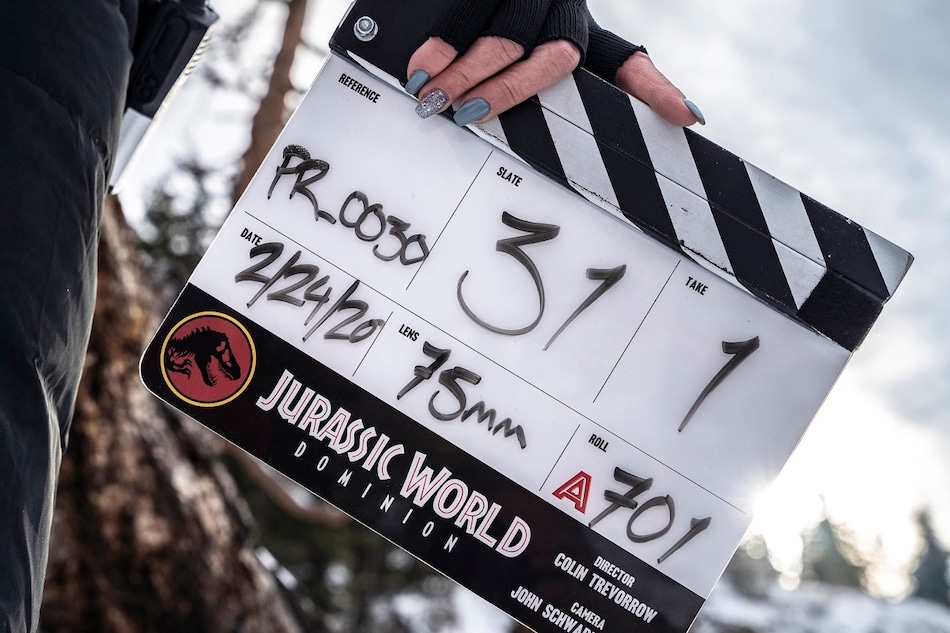 Jurassic World: Dominion will resume production in July in the UK, becoming the first major film to do so amid the ongoing coronavirus pandemic. Its stars Chris Pratt and Bryce Dallas Howard, who have been sheltering in place at their respective homes in the US, will soon return to London for a two-week quarantine. Universal Pictures has confirmed that filming will restart July 6 at Pinewood Studios. The studio has spent around $5 million (about Rs. 38 crores) on COVID-19 safety protocols, which includes carrying out thousands of tests on cast and crew during filming.

Deadline first reported on the Jurassic World: Dominion plans, with a confirmation from Universal Pictures. It's curious that the studio is pushing for an early restart for various reasons. For one, Pinewood Studios in an indoor facility; Mission: Impossible 7 isn't due to resume outdoor production until September. Moreover, the UK is among the worst hit countries across the world, though new cases have seen a declining pattern since the end of May. Deadline notes the reason for the rush might be the fact that Pinewood has been charging Universal holding fees.

Jurassic World: Dominion originally entered production in late February, with writer-director Colin Trevorrow confirming as much in a tweet. But filming came to a stop four weeks in. Deadline says that the original schedule for Jurassic World: Dominion was for 20 weeks. That might change due to the pandemic, with coronavirus safety protocols mandating a series of precautions and measures.

In addition to testing prior to and during filming, Universal Pictures has enlisted the help of a private medical facility to oversee production. According to info given to Deadline, that includes on-site doctors, nurses, and isolation wards; mandatory masks for cast and crew, except those performing; daily anti-viral sprays and fogs for toilets, kitchens, communal areas, trucks, and sets; 150 hand sanitiser stations; and over 1,800 safety signs.

“Anyone with symptoms will be isolated immediately before being sent home,” Universal told Deadline. “We want to make sure that we are going above and beyond the national protocols to create a safe environment. Cost isn't our main concern now: it's safety. We will take direction from our medical team, but we're confident that with the staggered scheduling and zones of talent and crew, along with a system of contact tracing, we can move forward with limited delay in production.”

Poco to Launch New Smartphone in India in Less Than 1 Month: Report