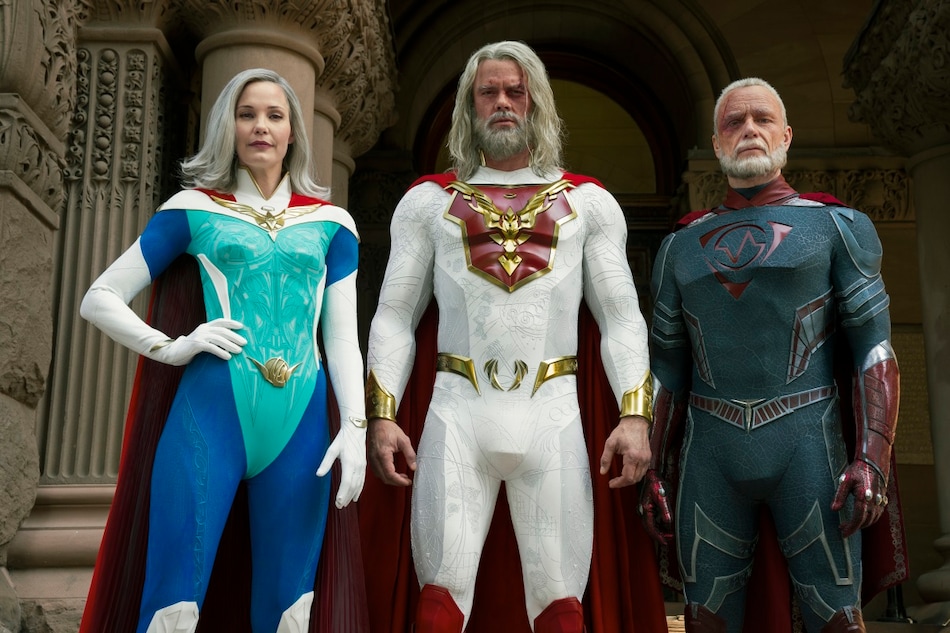 Jupiter's Legacy is coming in May to Netflix and we now have the first trailer. On Wednesday, Netflix gave us the first proper look at its next superhero series, adapted from the comic book series of the same name from writer Mark Millar and illustrator Frank Quitely. In Jupiter's Legacy, the second generation of superheroes struggle to live to up the legendary ideals established by their superpowered parents. Steven S. DeKnight (Spartacus, Daredevil) created the Netflix series but then quit due to creative differences, and Sang Kyu Kim (Altered Carbon, Designated Survivor) took over showrunner duties on Jupiter's Legacy.

“Don't you remember the island, and what we had to do to earn these powers?” an unseen character says at the start of the Jupiter's Legacy trailer, while we're shown a group of adults and their very old versions. “Ninety years, and what do we have to show for it?” Sheldon “Shel” Sampson/ The Utopian (Josh Duhamel) asks. To which his older brother Walter Sampson/ Brainwave (Ben Daniels) replies: “We've made a difference, Shel.”

Later, Shel's son Brandon Sampson/ Paragon (Andrew Horton) asks Walter what his dad was like when he was younger. “Nothing ever rattled the b—tard,” Watler says. Brandon notes that “the man I knew was never at home when I was a kid. Too busy saving the world.” The dad later tells Brandon and his daughter Chloe Sampson (Elena Kampouris) that everything they do reflects on the family. “You've to be the ideal,” he adds.

“No one can live up to the ideal, not even Dad” Chloe responds in frustration, while we see her launch a yellow Lamborghini Huracán — a supercar that costs $200,000 / Rs. 3 crore or more — in anger. Elsewhere, Shel complains that “they” (a young superhero team he's building) are not even close to being ready and that he's doing everything he can to keep the family from falling apart. We see a bunch of superpowers at display, from superspeed, super reflexes, and energy manipulation.

Jupiter's Legacy is the first project that stems from Netflix's 2017 acquisition of Millarworld, the comic book brand founded by Millar. Millar is an industry veteran and has written some of the most well-known comic books including Civil War and Old Man Logan for Marvel, which were adapted into the movies Captain America: Civil War and Logan, respectively. His work at Millarworld has been adapted into movies as well, including the Angelina Jolie-led Wanted, the Kick-Ass series, and the Kingsman franchise.

Here's the official synopsis for Jupiter's Legacy from Netflix:

After nearly a century of keeping mankind safe, the world's first generation of superheroes must look to their children to continue the legacy. But tensions rise as the young superheroes, hungry to prove their worth, struggle to live up to their parents' legendary public reputations — and exacting personal standards. Based on the graphic novels by Mark Millar and Frank Quitely, Jupiter's Legacy is an epic superhero drama that spans decades and navigates the complex dynamics of family, power, and loyalty.

Jupiter's Legacy is out May 7 on Netflix in India and around the world.