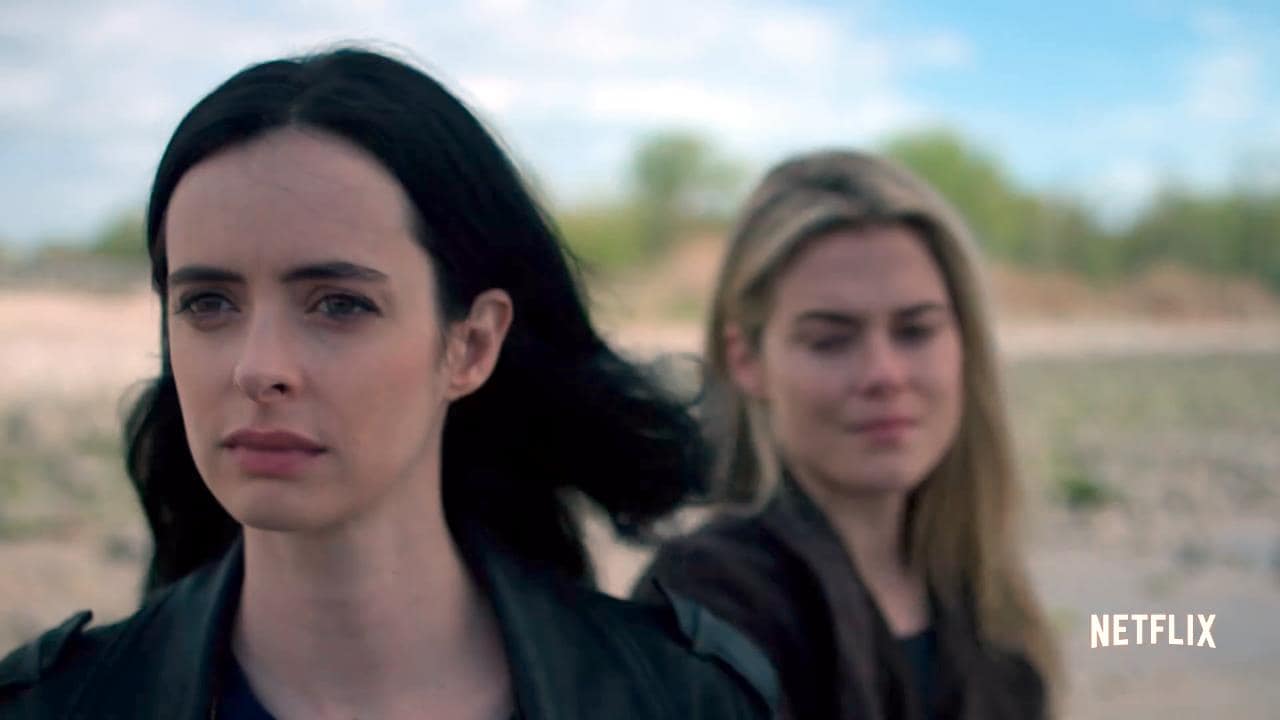 The first full-length trailer for Jessica Jones season 2 has arrived, and one thing is extremely clear: she's not doing great. After her wins in the first season and The Defenders, the hard-drinking superpowered private investigator (Krysten Ritter) is eager to disappear back into the shadows, but her public fame and troubled past won't allow that.

"My whole family was killed in a car accident. Someone did horrific experiments on me, and all this super-vigilante shit keeps coming at me," Jones complains to her best friend, radio host Trish Walker (Rachael Taylor), likely with a drink in her out-of-frame hand. She wants to keep the past buried despite having questions, but Walker persuades her that "just knowing what was done to you might help you".

The trailer states that Jones isn't the only one of her kind, with Jones questioning the unnamed character being played by Janet McTeer: "How many others are there like me?" On the business side of things, she's having to deal with an acquisition offer from a rival (Terry Chen). "I never take no for an answer," Chen's character says at one point, to which Jones snarkily replies: "How rapey of you."

Chen's character isn't just a P.I. rival, it seems though, given we see him later fighting it out with both Jones and Walker. Fans have been waiting for the latter to become the hero – Hellcat – she is in the comics, and there are obvious hints that something of that sort will happen. "Jessica might not want a sidekick, but she needs one," Walker says off-screen.

We'll have to wait till March 8 to find out, when Jessica Jones season 2 hits Netflix. Expectations are high from the show's second season, given the first season remains the best of the lot Marvel-Netflix have given us, and the fact that recent outings have not been good enough.