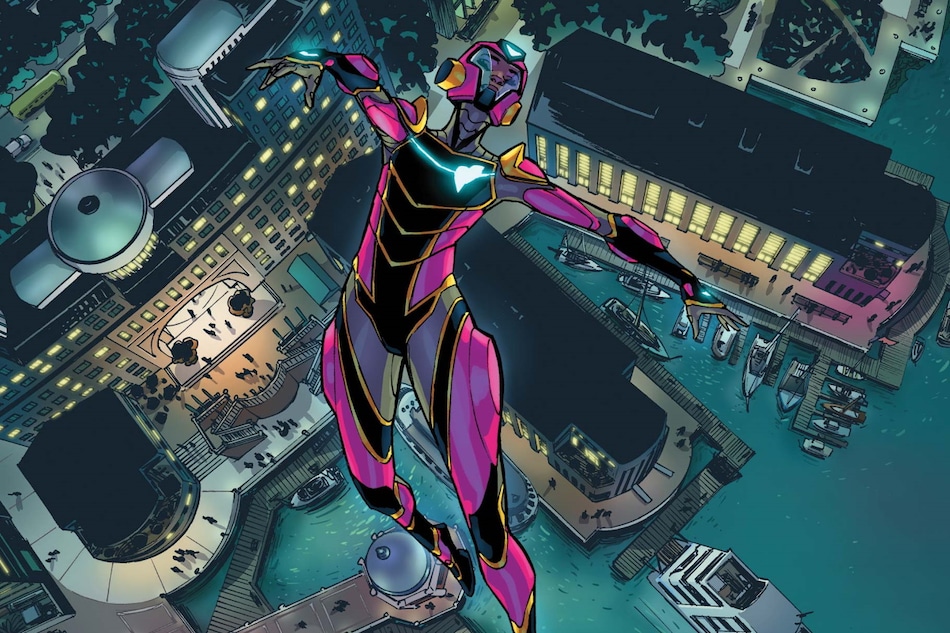 Ironheart in the comics

Ironheart, the Marvel Cinematic Universe Disney+ series, has reportedly hired Chinaka Hodge as the head writer. Ironheart focusses on genius inventor Riri Williams — she will be played by Dominique Thorne (If Beale Street Could Talk) — who designs the most advanced suit of armour since Iron Man. All signs point to Marvel setting up Thorne's Ironheart/ Riri Williams (Thorne) to take over from Robert Downey Jr.'s Iron Man / Tony Stark in the MCU, who died towards the end of Avengers: Endgame.

Variety first brought word of Hodge's hiring on Ironheart, with both Marvel Studios and Hodge's representatives refusing comment. She has previously worked as a staff writer on the TNT post-apocalyptic dystopian thriller series Snowpiercer (available on Netflix in India and elsewhere), and executive story editor on the Apple TV+ reboot of anthology series Amazing Stories. Hodge is also a poet and playwright, having published two poetry books.

Created by writer Brian Michael Bendis and artist Mike Deodato, Riri Williams entered the Marvel comics universe in 2016 as a 15-year-old MIT student who reverse engineers Iron Man's armour to create one of her own. In the MCU, Stark is a MIT graduate — and early in Captain America: Civil War, he had visited his alma mater to demonstrate the holographic tech B.A.R.F. (Binarily Augmented Retro-Framing) that was designed by Quentin Beck (Jake Gyllenhaal), the villain in Spider-Man: Far From Home.

At MIT then, Stark also unveiled a September Foundation grant that funded the projects of every MIT student gathered. Maybe Riri Williams will turn out to be one among them? Of course, this is just pure speculation on my part. Marvel doesn't always retain the origin stories from comic books as is, so there's no guarantee that Riri Williams will be a MIT student in the Ironheart MCU Disney+ series as well. We'll have to wait until next year at the least to find out.

Before Ironheart, on TV, we will see the Tom Hiddleston-led Loki (debuting June 11), followed by Iman Vellani-starrer Ms. Marvel and Hawkeye with Jeremy Renner and Hailee Steinfeld (both late 2021). For 2022 so far, we've Oscar Issac-led Moon Knight, Mark Ruffalo and Tatiana Maslany in She-Hulk, and a Guardians of the Galaxy Holiday Special. Then in the undated section, there's Secret Invasion with Samuel L. Jackson, Olivia Colman, and Emilia Clarke, the Don Cheadle-led Armor Wars, a Wakanda series from Ryan Coogler, and a Hawkeye spin-off centred on Echo.

Ironheart is expected in 2022 on Disney+ and Disney+ Hotstar. It will reportedly run for six episodes in total. A writers' room will be assembled starting in May, says The Hollywood Reporter.

Samsung Galaxy A41, Galaxy M01 Getting Android 11-Based One UI 3.1 Update: Reports