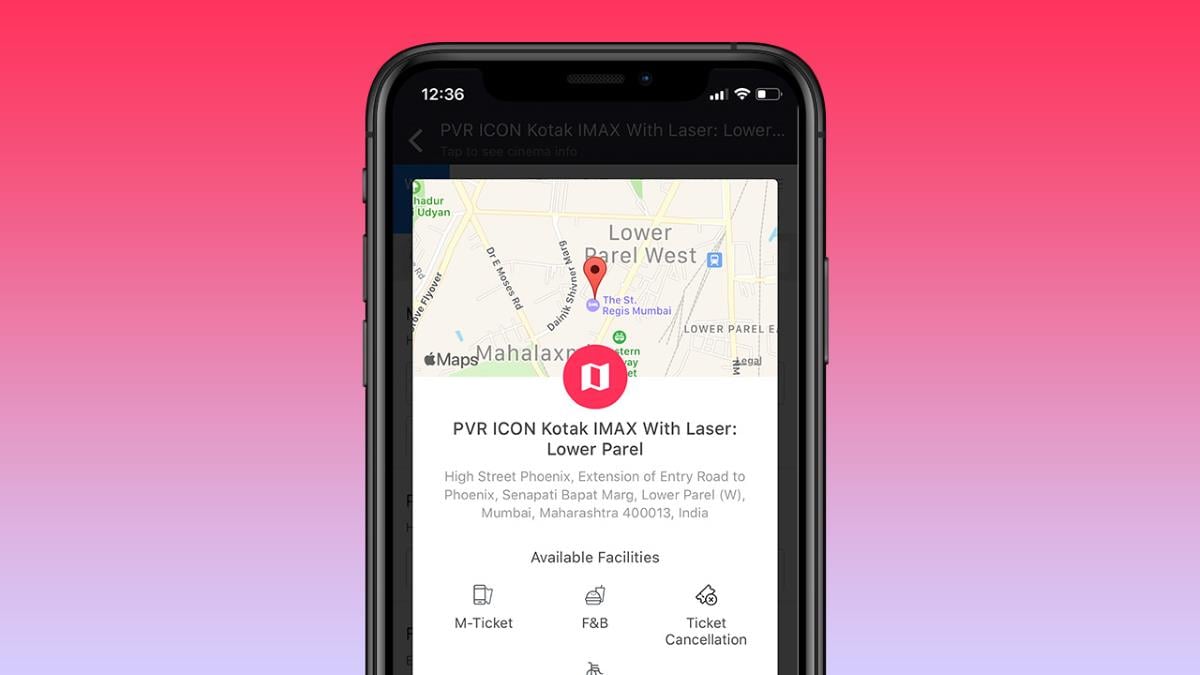 Five years since it was first rolled out globally, IMAX with Laser — the highest-quality digital projection offered by IMAX — is seemingly on its way to India. The PVR Cinemas IMAX screen in the Mumbai neighbourhood of Lower Parel has been rebranded as “PVR Icon Kotak IMAX with Laser Lower Parel” on the official website of PVR Cinemas and ticketing partner BookMyShow. This suggests that IMAX Lower Parel, Mumbai will be the first IMAX with Laser screen in India. (India still doesn't have any IMAX 70mm film screens.) Gadgets 360 has reached out to PVR Cinemas for confirmation and comment on when the new projection system will be available to consumers.

The main difference between regular digital IMAX — present at all other IMAX screens across India — and IMAX with Laser is that they use xenon arc lamp and a laser light source, respectively. Additionally, while digital IMAX uses two projectors capable of 2K resolution, IMAX with Laser makes use of two projectors capable of 4K resolution. That allows the latter to have sharper, brighter, and richer images, in addition to an improved contrast ratio that's double of IMAX 15/70mm film projection and higher than the 2500:1 contrast ratio of digital xenon-based IMAX. In terms of resolution though, IMAX with Laser still can't match IMAX film, which is capable of 6K (35mm film) or 12K (65mm film).

IMAX with Laser is also capable of projecting on taller screens, harkening back to the traditional 1.43:1 IMAX aspect ratio. Digital IMAX is designed for shorter 1.90:1 aspect ratio screens. Gadgets 360 has asked PVR Cinemas if the IMAX screen at Lower Parel, Mumbai has been replaced to make full use of IMAX with Laser's capability. We have also inquired if IMAX with Laser will be available in other PVR IMAX screens across India and will update this piece when we hear back.

There are currently 20 IMAX screens in India: six in Bengaluru from PVR (3), INOX (2), and Cinépolis; five in Mumbai from PVR, INOX (2), Cinépolis, and Carnival Cinemas; four in Delhi NCR, all courtesy of PVR; two in Chennai from PVR-owned SPI and Jazz Cinemas; one in Kolkata from INOX; one in Pune from Cinépolis; and one in Ahmedabad at Gujarat Science City, which doesn't screen commercial films.