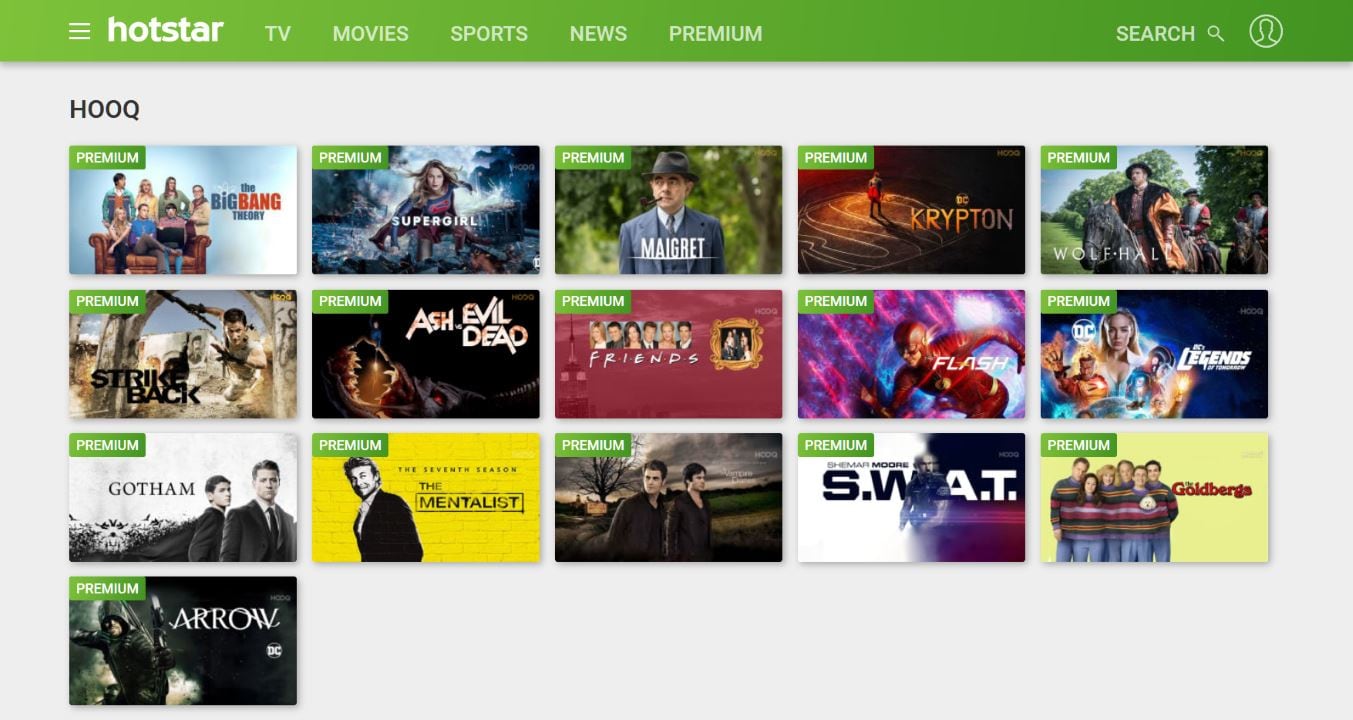 Hotstar and Hooq have seemingly signed a deal that has seen some of the latter’s biggest (licensed) TV shows such as Friends, The Big Bang Theory and the Arrowverse arrive on the former’s platform in India. Episodes open with the Hooq branding, which the streaming service hopes will draw subscribers from Hotstar – currently the largest in the Indian market by some metrics – to sign up for its full slate of content.

Gadgets 360 reached out to both Hotstar and Hooq, but both declined to comment and said they would be making an announcement before the end of the week. This isn’t the first partnership for Hooq though; in the past, it has tied up with telecom operators such as Airtel and Vodafone to provide its content on mobile. But with Hotstar, you can watch it anywhere. Of course, the slate is limited.

At the time of writing, a total of 16 series available on Hooq earlier are now also on Hotstar. In addition to Friends and The Big Bang Theory, this includes Arrow, Supergirl, The Flash, DC’s Legends of Tomorrow, Gotham, Krypton, The Vampire Diaries, Wolf Hall, Ash vs Evil Dead, The Mentalist, The Goldbergs, Maigret, S.W.A.T., and Chris Ryan’s Strike Back.

Of those 16 titles, The Vampire Diaries was already available on Netflix (except season 8) and Amazon Prime Video, while Netflix also had previous seasons of Arrow and Gotham, and Prime Video had The Mentalist. The other TV shows were previously exclusive to Hooq, which were from studios and distributors such as Warner Bros. Television, Sony Pictures Television, Starz, BBC, ITV and Sky.

Hooq is a joint venture between Sony Pictures Entertainment, WarnerMedia (owned by Warner Bros.) and Singapore’s largest telecom operator Singtel. In India, Hooq costs Rs. 89 per month or Rs. 450 a year. It has over 100 TV shows and 1,400 movies, the latter of which are divided between the subscription and rent model.