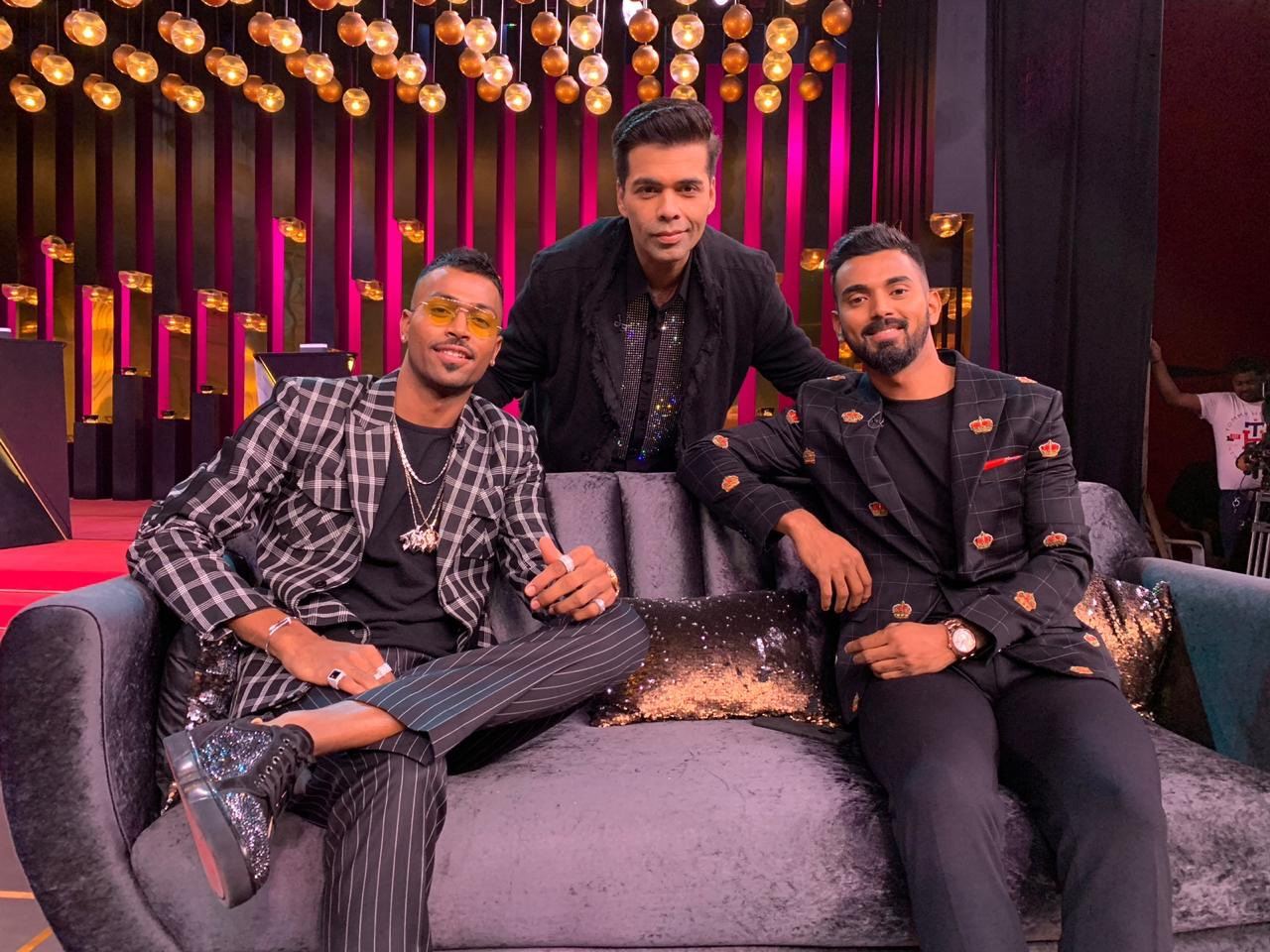 Hardik Pandya, Karan Johar, and K.L. Rahul on the sets of Koffee with Karan

Hotstar has pulled the latest episode of Karan Johar-hosted talk show Koffee with Karan, which featured Indian cricket team members K.L. Rahul and Hardik Pandya, over the controversy generated by Pandya's misogynistic remarks that has drawn the ire of social media users, which brought out an apology from the 25-year-old cricketer. The incident has subsequently thrown their selection for the upcoming one-day international (ODI) series against Australia into question with the Indian cricketing body, the BCCI, yet to decide on the two-match ban recommended by Vinod Rai, the chairman of the Committee of Administrators (CoA) that oversees such matters.

“Certain remarks / comments made by the guests on the episode 12 of Koffee with Karan [season 6] may hurt the sentiments of our users / viewers,” the Star India-owned Hotstar said in a tweet, replying to a user query about the now-missing episode. “As a responsible platform, we have removed the episode from Hotstar with immediate effect.” All mentions of the K.L. Rahul and Hardik Pandya-centric episode have been erased from the social media handles of Star World as well, the channel on which the show airs on TV. Their names are still present on the show's official description on Hotstar though.

The ongoing sixth season of Koffee with Karan released its 12th episode, with the two aforementioned Indian cricketers, last Sunday, January 6, 2019. As Johar dove into Pandya's personal life, the latter made several free-wheeling remarks that displayed immaturity and an ingrained sense of misogyny, with people billing his comments as ‘crass, creepy, sexist, racist, and cringe-worthy'. Among other things, Pandya revealed that he sometimes boasts about his sexual encounters in discussions with his parents.

“At a party, my parents asked me, ‘Acha tera wala kaun sa hai [Which women are yours]? I said, ‘Yeh, yeh, yeh [This, this, and this one]',” Pandya told Johar, while using his finger to gesture and mimic his actions. “And they were like, ‘Waah, proud of you beta'." Later, when Johan asked him why he doesn't ask for the names of women at nightclubs since he has trouble remembering them, Pandya replied: “I like to watch and observe how they move. I'm little from the black side so I need to see how they move.”

Johar pressed on throughout the episode, with one of his queries being how the Indian players decide if they happen to hit on the same woman. While Rahul chose the sensible answer, “[It's] up to the woman”, the outspoken Pandya chimed in: "Nahi nahi, aisa kuch nahi hai. Talent pe hota hai. Jisko mila, woh leke jao [No no, it's nothing like that. It's all about talent. Whomever gets them, takes them].”

As the controversy built up in the following days, Pandya took to Twitter Wednesday to issue an apology: “After reflecting on my comments on Koffee with Karan, I would like to apologise to everyone concerned who [sic] I may have hurt in any way. Honestly, I got a bit carried away with the nature of the show. In no way did I mean to disrespect or hurt anyone's sentiments. Respect.”

Pandya has since reportedly also apologised to head coach Ravi Shastri, and former Indian cricket team captain Mahendra Singh Dhoni. And though Rahul didn't make any controversial comments himself, social media users have blamed him for not intervening and taking up a stand. The BCCI will announce Friday whether it plans to ban or suspend them, which has delayed the announcement of India's squad for the first ODI against Australia, slated to take place Saturday in Sydney.

Speaking with the media ahead of the match, Indian cricket team's current captain Virat Kohli addressed the controversy: “We, as the Indian cricket team and responsible cricketers, don't align with those views. Those were individual opinions. We are still waiting for a decision to be made.”