36 percent of the video streaming service users in India are coming from tier 1 cities, notes survey. 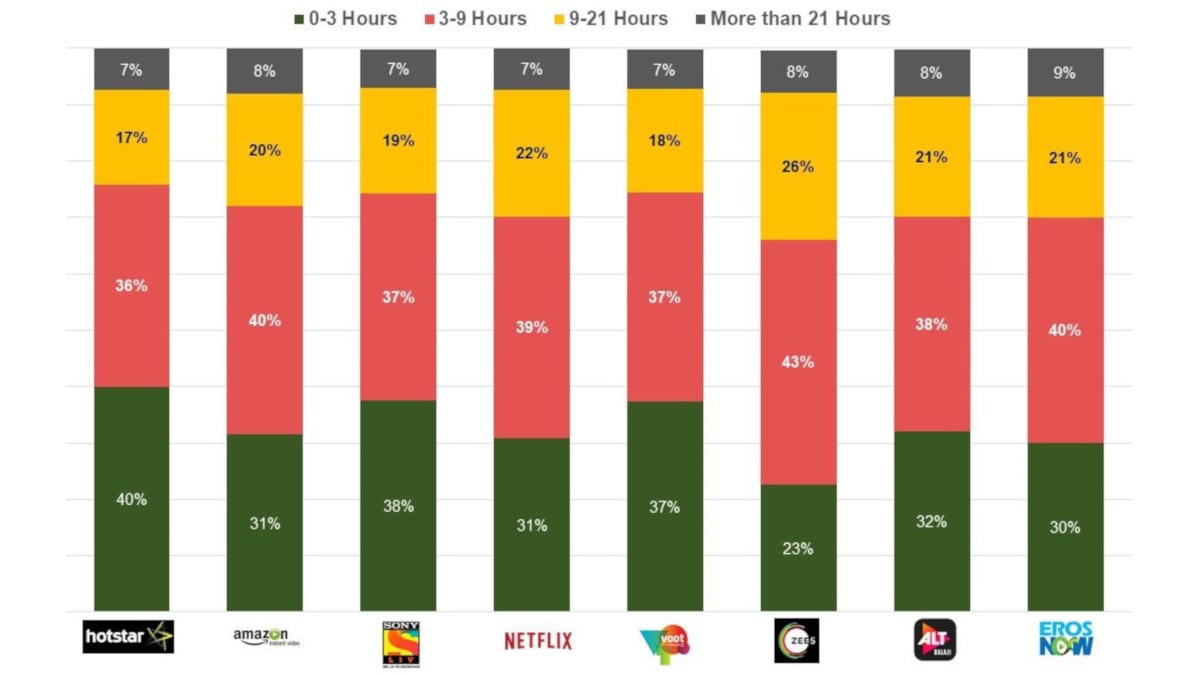 Indians under the age of 35 years account for 89 percent of the country's total video streaming platform users, Counterpoint Technology claimed in a consumer survey report released on Tuesday. Among the users aged 35 or below, the people aged 16-24 and 25-35 contribute the same to the overall market. The report also revealed that more than half of the video streaming platform users in India live in one of the top five metro cities.

According to Counterpoint Research, tier 1 cities accounted for 36 percent of the overall OTT (Over-the-top) video content platform userbase and male users made up 79 percent of the user base.

Among the video streaming services, Hotstar leads the pack, thanks to its sports content and content partnerships, followed by Amazon Prime Video and SonyLiv. Netflix ranked fourth in Counterpoint's report, and it was joined by Voot, Zee5, ALTBalaji, and Eros Now at spots from five to eight, respectively.

Counterpoint claims that the streaming market is still dominated by the ad-based model, with advertisements driving revenue for most of the OTT video platforms, however the subscription-based market is growing rapidly. Among the top eight video streaming services, apart from Netflix and Amazon's Prime Video, all other services offer ad-supported content.

While Hotstar and Prime Video may be hogging the user base, Eros Now is generating the most engagement among the streaming platform users, helped by its partnerships with device markers. Thanks to its tie-up with Xiaomi for pre-installation on the company's smart TVs, Eros Now accounted for the highest number of users consuming content on smart TVs. 68 percent of the Eros Now users claim to watch content on the service daily and 9 percent of its users spent 21 hours a week watching its content.

The research firm notes that although the availability of cheap smartphones and affordable data plans has spurred the consumption of streaming content in the country, the services are finding it hard to generate profits.

“The low cost of mobile data and affordable smartphones have revolutionized overall video content consumption in India. However, OTT platforms have struggled to register profits, creating an environment ripe for acquisitions or exits,” said Hanish Bhatia, Senior Analyst, Counterpoint Technology. “Having said that, new players continue to enter the market as it is expected to record double-digit growth from subscription revenues during the next five years.”

Netflix Recommended TV List of 2019: Here's Netflix's List of TVs It Works Best On
The Smartphone: A Global Product