All five episodes releasing December 13 on Prime Video in India and around the world. 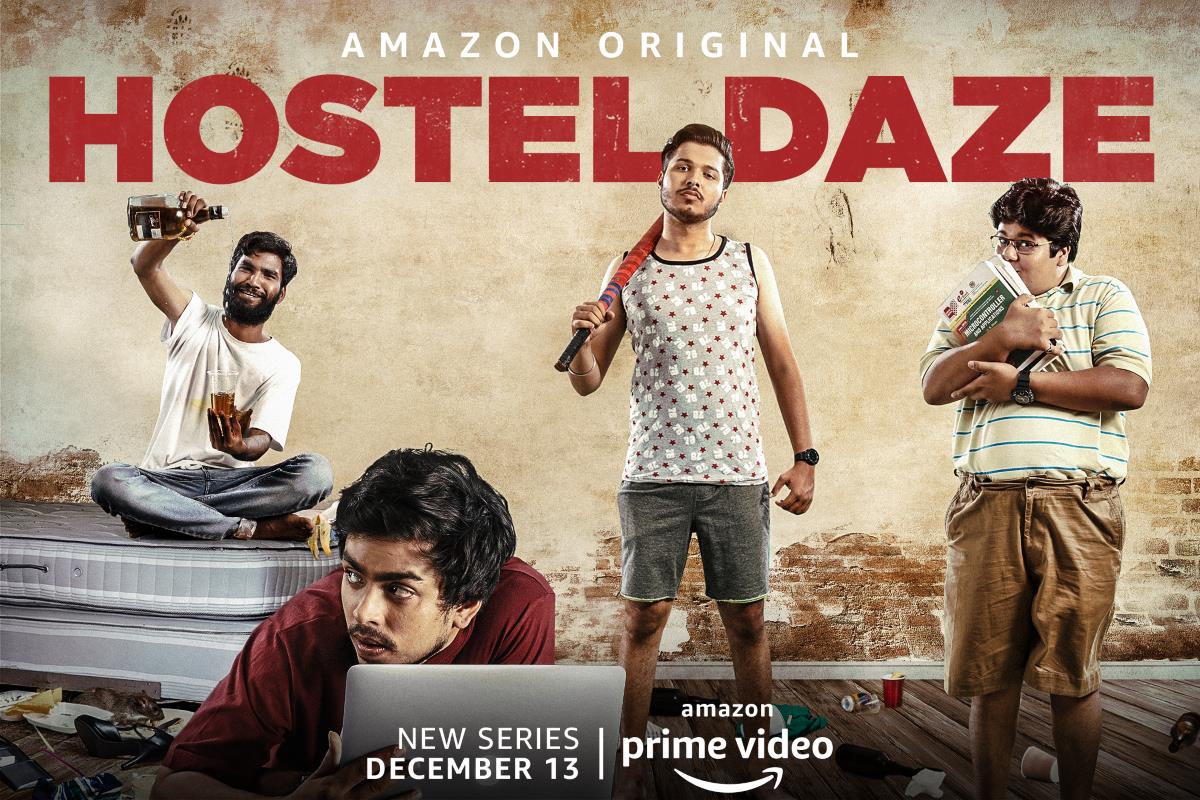 Amazon Prime Video and The Viral Fever (TVF) have partnered for an upcoming young adult comedy-drama series called Hostel Daze, from the makers of Kota Factory: creator Saurabh Khanna, director Raghav Subbu, and executive producer Sameer Saxena, who's also the head and chief content officer at TVF Originals. Hostel Daze is described as “a laughter ride through the corridors of hostel life that celebrates the (mis)adventures of four students and wing-mates, brought together by fate. What follows is a friendship forged together by ruthless seniors, innocent love, aching heartbreaks and slumping grades.” Alongside, we have a trailer and release date for Hostel Daze: December 13.

The first tie-up between Amazon and TVF, Hostel Daze was first revealed last week in a series of teaser videos, which introduced its four characters, played by relative newcomers: Nikhil Vijay as “Jhantoo” Jatin, who has been in college much longer than you're supposed to be; Shubham Gaur as Rupesh “Bhains Buddhi” Bhati, who is only in college thanks to a large donation from his father; Adarsh Gaurav as Ankit “Dopa” Pandey, who's smitten with a girl; and Luv as Chirag “Genius” Bansal, a shy and over-eager kid. The full Hostel Daze trailer expands on that, while trying to set itself apart from other college dramas in 3 Idiots, Student of the Year, and Anurag Kashyap's Gulaal.

“Hostel Daze is a light-hearted series underlined with emotions that brings to fore the journey of Indian students, as they learn to survive & thrive the ‘hostel life',” Saxena said in a prepared statement. “We're optimistic that the show will bring back memories for the ones who've lived in hostels, relate to the ones who currently are and set expectations for the ones who're preparing to start their hostel life.”

Amazon Prime Video's India director and content head, Vijay Subramaniam, added: “Amazon Prime Video continues to reiterate its promise of creating entertaining content for customers across all ages and genres of entertainment. The Viral Fever is known for their engaging content especially in the young adult space and Hostel Daze is a perfect example of that. It's a highly entertaining series, and we are confident that it will resonate really well with today's youth.”

Here's the official synopsis for Hostel Daze, via Amazon:

“Hostel Daze depicts the life of students living, or we should say surviving, in a hostel, through the adventures of four wing-mates — Ankit, Chirag, Jaat and Jhaatu. As they embark on this journey, facing a variety of challenges and overcoming most of them through new learnings; they develop strong bonds that they shall cherish forever. While navigating through this new phase in life and feelings of vulnerability and nervous excitement that surround the four boys, they find their true identities. In the process, they create a home away from their homes with their own set of random rules. They argue, jostle, hustle but sometimes unite to survive the ﬁrst semester.”

All five episodes of Hostel Daze are out December 13 on Amazon Prime Video worldwide. Amazon is also bringing back its Rs. 500 Prime cashback offer for 18–24 year-olds for Hostel Daze.