Best known as the classic books by Douglas Adams. 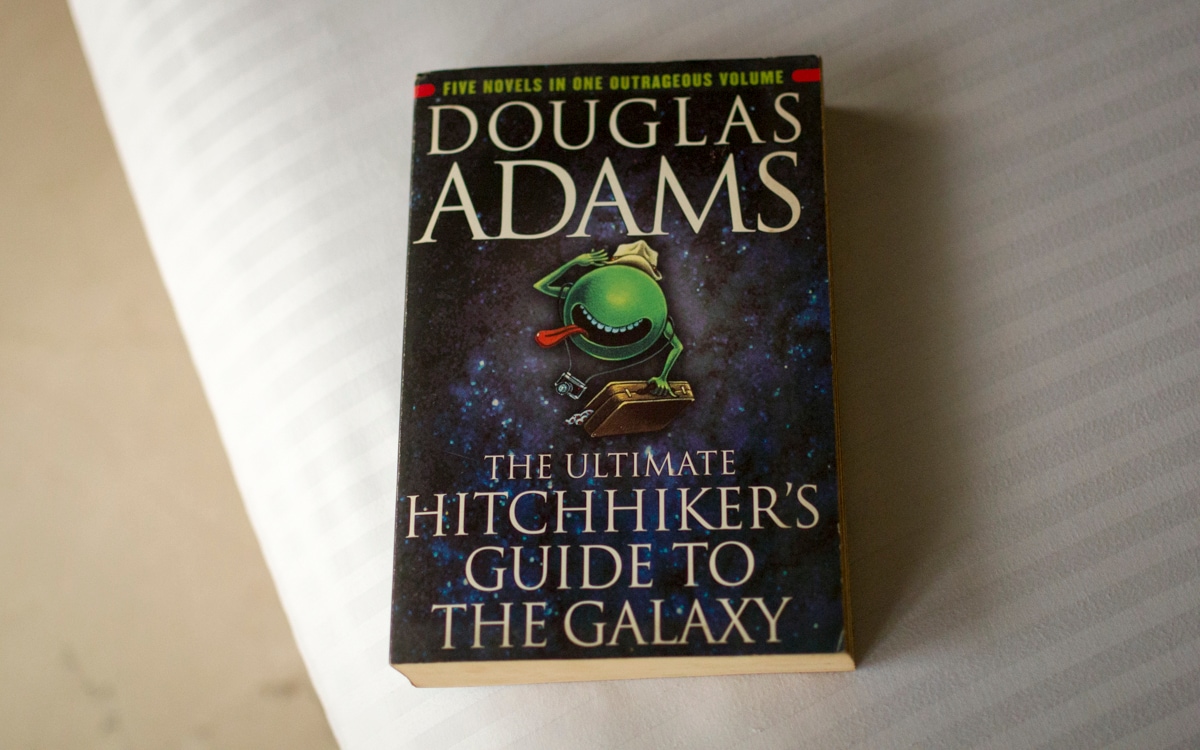 An omnibus edition of The Hitchhiker’s Guide to the Galaxy

The Hitchhiker's Guide to the Galaxy is reportedly being turned into a new TV show. Lost co-showrunner Carlton Cuse and Wonder Woman co-writer Jason Fuchs are developing a series adaptation of Dogulas Adams' iconic comedy sci-fi classic for the American streaming service Hulu. Cuse and Fuchs will serve as head writers, showrunners, and executive producers on The Hitchhiker's Guide to the Galaxy Hulu series, with Fuchs set to write the script for the pilot episode. ABC Signature, the streaming subsidiary of ABC Studios, known for Marvel's Runaways and Marvel's Cloak & Dagger, will produce it.

The news of the new Hitchhiker's Guide to the Galaxy series hails from Deadline, which notes that Cuse and Fuchs will offer “a modern update of the classic story” created by Adams in the late 1970s. That likely means that the Hulu series will be set in a contemporary world. Cuse' Genre Arts will produce the series for ABC Signature, with Genre Arts president Lindsey Springer serving as executive producer alongside Cuse and Fuchs.

Though it was originally a radio series broadcast on BBC Radio 4 in 1978, The Hitchhiker's Guide to the Galaxy is most famous in the written form. Adams wrote five novels — The Hitchhiker's Guide to the Galaxy (1979), The Restaurant at the End of the Universe (1980), Life, the Universe and Everything (1982), So Long, and Thanks for All the Fish (1984), and Mostly Harmless (1992) — before his untimely death in 2001. A sixth, And Another Thing... (2009), was written by Artemis Fowl author Eoin Colfer.

The novels largely follow a hapless Englishman named Arthur Dent, who is rescued by a human-like alien called Ford Prefect, just prior to the destruction of the Earth to make way for an inter-galactic highway. During his adventures in space, Dent comes across the Galactic President Zaphod Beeblebrox, a depressed robot called Marvin the Paranoid Android, and the only other human survivor, Trillian, a woman Arthur once met at a party.

Known for their whimsical humour, The Hitchhiker's Guide to the Galaxy series of novels — translated in over 30 languages — have been highly influential. The names of the robot and the woman Trillian have inspired the English alt rock band Radiohead, who had a song named after it on their 1997 album, and a messaging app, respectively. It also gave rise to the “Don't Panic” meme, and Towel Day, which is celebrated on May 25 every year. But best of all, it's known for the number 42, which Adams posited as “the answer to life, the universe, and everything”. A joke, naturally.

There have been multiple adaptations on screen before, including a six-part series in 1981, an interactive video game in 1984, and a feature film in 2005. The last of those remains the best known, starring the likes of Martin Freeman, Sam Rockwell, Mos Def, and Zooey Deschanel, along with the voices of Stephen Fry and Alan Rickman. But the film failed to properly translate Adams' humour on screen and the story was left incomplete. Cuse and Fuchs will hope to do better with their adaptation.

In addition to Lost, Cuse is known for co-creating the Amazon Prime Video series adaptation of Tom Clancy's Jack Ryan, and the contemporary prequel to 1960 film Psycho in The Bates Motel, and writing the feature film adaptation of video game franchise Rampage. Fuchs has also written Ice Age: Continental Drift.

With Hulu unavailable in India and Disney holding the rights — it owns ABC — The Hitchhiker's Guide to the Galaxy will either air on Amazon Prime Video, which has a long-term deal with Disney India for its TV slate, or Hotstar, which is now owned by Disney.

WhatsApp Payments Coming to India Later This Year, Said to Now Have 400 Million Users in the Country
Password Stealing Malware Attacks Rise 60 Percent in First Half of 2019: Kaspersky