In addition to Lyra’s counterpart Will Parry from the books. 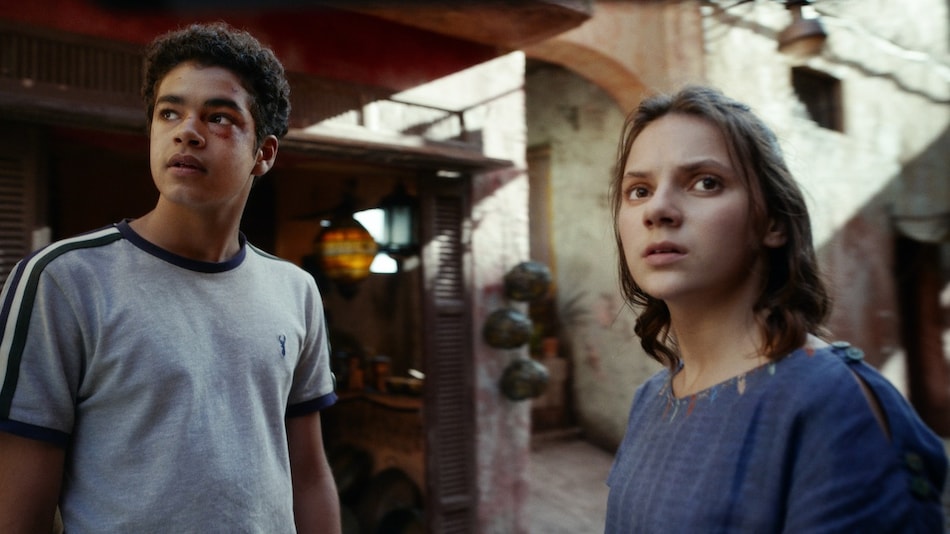 Will Parry, Lyra Belacqua in His Dark Materials season 2

That last bit is a big thing on His Dark Materials season 2, after Lord Asriel (James McAvoy) opened access to a new world at the end of season 1. The series' protagonist Lyra Belacqua / Lyra Silvertongue (Dafne Keen) followed Asriel into the new world and she finds herself meeting Will Parry (Amir Wilson) in the city of Cittàgazze in the His Dark Materials season 2 trailer. Will reveals that he's from a different world, just as Lyra, who is still being hunted by the Magisterium.

Speaking of, the Magisterium seems to be assuming more of an authoritarian control citing the circumstances, while its authoritative figure — Lord Boreal (Ariyon Bakare) — has found Lyra, he claims in His Dark Materials season 2 trailer. Meanwhile, a wounded Lee Scoresby (Lin-Manuel Miranda) expresses disappointment that he was unable to protect Lyra. And later, Mrs. Coulter (Ruth Wilson) declares all of it to be “strange new times”.

The trailer for His Dark Materials season 2 also includes a couple of new characters in Dr. Mary Malone (Simone Kirby, from Peaky Blinders) who researches dark matter at Oxford University, and witch queen Ruta Skadi (Jade Anouka, from Turn Up Charlie). Characters descriptions come via Deadline, which also reported that Terence Stamp was joining His Dark Materials season 2 as Giacomo Paradisi, the owner of the aforementioned knife who lives in Cittàgazze's Torre de Angeli (Tower of the Angels).

His Dark Materials season 2 premières autumn 2020 on Disney+ Hotstar in India, HBO in the US, and BBC One in the UK.