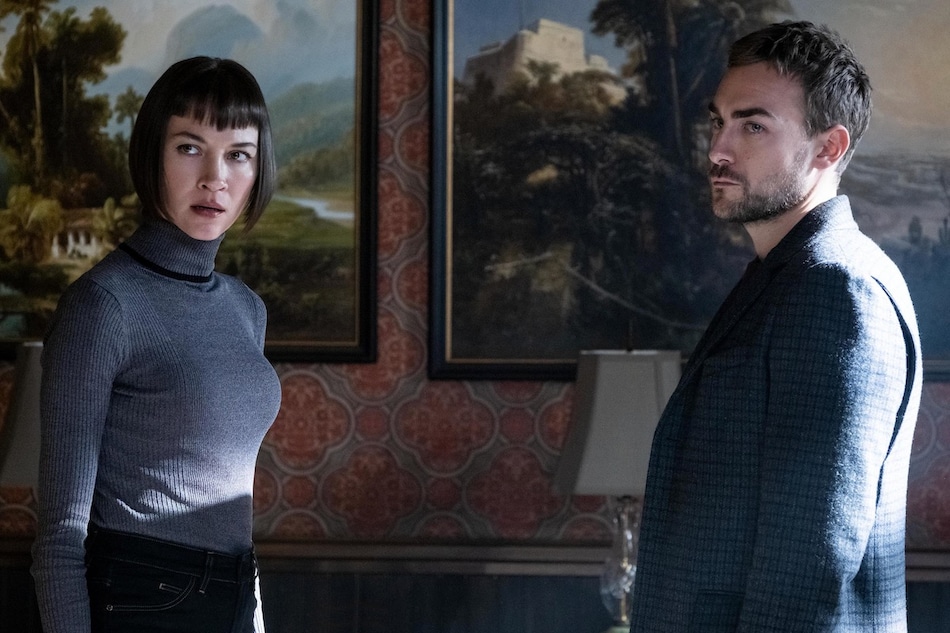 The Helstrom trailer is here. At San Diego Comic-Con 2020 — known as Comic-Con@Home this year due to the ongoing coronavirus pandemic — Hulu unveiled a one-minute trailer for its new live-action Marvel series, based on the characters Daimon (Tom Austen, from The Royals) and Ana Helstrom (Sydney Lemmon, from Succession), originally known as Daimon and Satana Hellstrom in the comics. Surprisingly, the “Marvel” word has been scrubbed off the series altogether. The Helstrom trailer gives us a peek at what to expect from the new series, as the Helstrom siblings deal with something “set loose” by their institutionalised mother Victoria Helstrom (Elizabeth Marvel, from House of Cards).

In the comics, Daimon and Ana are the children of Satan. As part of the changes made by the Hulu series, they are the children of a powerful serial killer on Helstrom, though that might be a roundabout way of making their background a mystery. In addition to Austen, Lemmon and Marvel, Helstrom also stars Robert Wisdom (The Wire) as occult guardian Caretaker, June Carryl (Mindhunter) as psychiatric hospital head Louise Hastings, Ariana Guerra (Candy Jar) as Vatican agent Gabriella Rossetti, Alain Uy (True Detective) as Ana's business partner Chris Yen, Daniel Cudmore (X-Men series) as psychiatric hospital nurse Keith Spivey, and David Meunier (Justified) as secret society member Finn Miller.

For Hulu, Helstrom joins Marvel's Runaways as the second live-action series based on a Marvel Comics property. It was going to have a third in Marvel's Ghost Rider — greenlit by Hulu alongside Helstrom — but it was cancelled before it could start. And then in December, Marvel Television was shut down and folded into Marvel Studios, with the Disney-owned firm shifting focus to the slate of Disney+ series that have much stronger ties to the Marvel Cinematic Universe. But given Helstrom is making no attempt to connect to the MCU, it could easily continue as a standalone story.

Helstrom hits Hulu on October 16. No word on platform, let alone release date, for India. For what it's worth, Runaways and Marvel's Cloak & Dagger — both also produced by ABC Signature Studios — are available on Amazon Prime Video, thanks to a long-term TV deal with Disney India. Gadgets 360 has reached out to Amazon for comment.

Tenet Might Release in Europe, Asia in Late August: Report