“He’s the guy I’ve been worried about this whole time,” Hawkeye says. 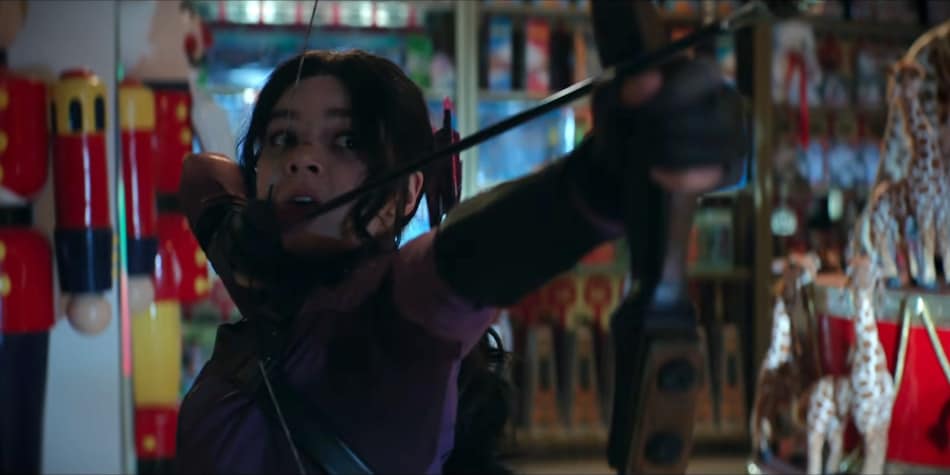 Hawkeye episode 6 — the series finale — is due next Wednesday, and Marvel Studios has unveiled a 30-second trailer that tells us what to expect. Naturally, spoilers ahead for the first five Hawkeye episodes. The Hawkeye episode 6 trailer sets up the return of Kingpin/ Wilson Fisk (Vincent D'Onofrio) after the briefest of teases in Hawkeye episode 5. And at the very end, there's a supersonic blast of sorts — is this the result of some trick arrow, or does the Hawkeye finale have more surprises in store for us? We have to wait less than five days to find out.

“Kate, it's time. I just wanna know you're ready,” Clint Barton/ Hawkeye (Jeremy Renner) says at the start of Hawkeye episode 6 trailer. Kate (Hailee Steinfeld) replies: “I'm ready.” Cut to the Tracksuit Mafia approaching the giant Christmas tree outside the Rockefeller Center, Clint rocking his bow, Kate firing an arrow that seemingly unleashes some electric shockwaves, and Yelena Belova (Florence Pugh) acrobatically flinging outside a window and rappelling down while firing a gun. It's followed by a teasing shot of what I'm guessing is Fisk (D'Onofrio) walking with a cane in the Hawkeye episode 6 trailer.

“There's someone at the top,” Clint says with his next line, more or less confirming that it's Kingpin in the Hawkeye episode 6 trailer. Following more action glimpses and shots of a scared Bishop mother-daughter duo (the latter Eleanor Bishop, played by Vera Farmiga), Clint repeats his line from a previous episode: “He's the guy I've been worried about this whole time.” The Hawkeye episode 6 trailer ends with another glimpse of the battle at The Rink At Rockefeller Center, with Kate and Clint having to deal with the Yelena and the Tracksuit Mafia.

Xiaomi 12 Price and Specifications Leak, Renders Hint at a Curved Display
Instagram Gets New Feature That Lets You Embed Your Profile on Websites