Created by Das and Nikkhil Advani, it also stars Ranvir Shorey and Manoj Pahwa among others. 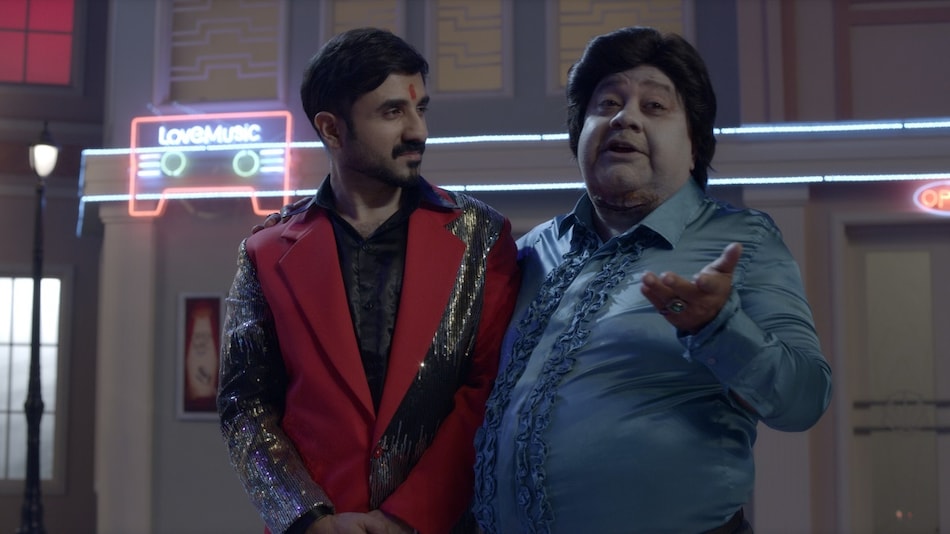 Netflix has acquired Hasmukh — the dark comedy series co-created by and starring Vir Das in the lead — and set an April release date. Per multiple reports in Germany and South Africa, Hasmukh might release April 10 on Netflix, though that could always change given it has happened in the past (with Maska). In Hasmukh, “an aspiring comedian (Das) murders his mentor for a shot in the spotlight, but as his star rises, the only way he can keep his mojo is to keep killing.” Das stars alongside Ranvir Shorey (Khosla Ka Ghosla!), Manoj Pahwa (Article 15), Lok Sabha MP Ravi Kishan (Mukkabaaz), Raza Murad (Padmaavat), Inaamulhaq (Nakkash), Suhail Nayyar (Hotel Mumbai), and Amrita Bagchi (Music Teacher).

Das spoke to Gadgets 360 about Hasmukh in January, noting that it was in post-production then. He said the series has elements of crime drama mystery Dexter, about a forensic expert who leads a parallel life as a vigilante serial killer, and Fargo, the Noah Hawley-created black comedy crime anthology that's inspired by the Coen brothers' 1996 movie of the same name. Das added: “It's nice to do some Hindi stand-up, and it was nice to murder people every episode, I enjoyed that as well. Hopefully, an avatar of me people will not expect.”

Behind the scenes, Das is a writer and creative producer. Nikkhil Advani (Batla House, Kal Ho Naa Ho) is also a creator on Hasmukh. Nikhil Gonsalves (P.O.W. Bandi Yuddh Ke) has directed the Netflix series. Das has co-written Hasmukh with Advani, Gonsalves, Suparn Verma (X: Past is Present), Amogh Ranadive (Jestination Unknown), and lyricist Neeraj Pandey (Kaamyaab), not to be confused with the writer-director of the same name. Hasmukh is a production of Applause Entertainment, the content arm of the Aditya Birla Group, which has previously given us the Indian remakes of The Office, Criminal Justice, and Hostages.

For Netflix, Hasmukh will be the fourth original series from India in 2020, after the Jharkhand-based phishing drama Jamtara in January, the romantic drama Taj Mahal 1989 on Valentine's Day in February, and the Imtiaz Ali-created crime drama She in March, all from the house of Viacom18 and its digital label, Tipping Point. It will be the second Indian original for Netflix in April alongside Kanan Gill's stand-up special — Yours Sincerely, Kanan Gill — which is out April 24.

Here's the official description for Hasmukh, via Netflix and Applause:

“A timid, small-town comedian's long-awaited big break takes a dark turn when he realises committing murder is the only way to keep his onstage mojo.”

“Hasmukh, an aspiring comedian who has good material but terrible delivery, discovers that the adrenaline rush he gets from committing a murder makes him funnier and more confident. He eventually makes it to a reality show in Mumbai, but he has to kill offstage to kill onstage. Question is, how long till he gets caught red-handed?”

Hasmukh is out in April — possibly April 10 — on Netflix worldwide.