Minhaj was the only person of South Asian origin to have a political talk show in the US. 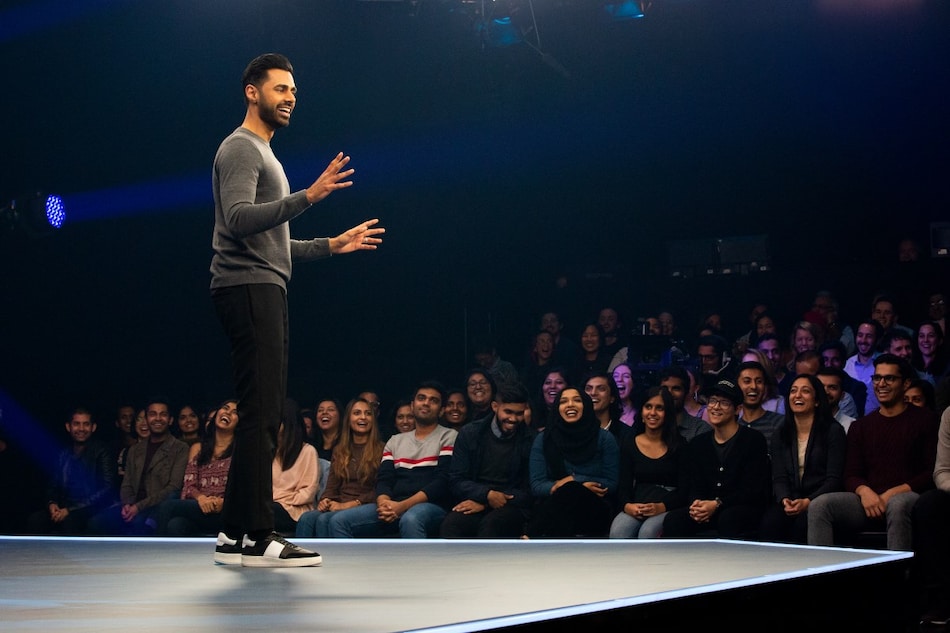 Patriot Act with Hasan Minhaj is no more. Netflix has cancelled the weekly political talk show hosted by the titular American comedian after a run of 39 episodes across six “volumes” — or seasons, as you please — over a period of less than two years (20 months, to be precise). The streaming service didn't say why it had decided to end Patriot Act, one of its only talk shows. More importantly, it's also the only Netflix talk show to win an Emmy and a Peabody Award.

In a tweet on Tuesday, Minhaj said: “What a run. [Patriot Act] has come to an end. I got to work with the best writers, producers, researchers, and animators in the game. My [two] babies were born and grew up with the show. [Thank you] to Netflix and everyone who watched. Now it's time to return these screens to Best Buy ????”

What a run. @patriotact has come to an end. I got to work with the best writers, producers, researchers, and animators in the game. My 2 babies were born and grew up with the show. TY to @Netflix and everyone who watched. Now it's time to return these screens to Best Buy ???? pic.twitter.com/4s4TrsKWe6

The giant screens that Minhaj references were a distinct feature of Patriot Act; they wrapped around Minhaj in the background and under his feet, and helped add to Minhaj's explainers and monologues. But more importantly, it was Minhaj's personality and how he interacted with the audience that drove Patriot Act.

Additionally, Minhaj was the only American of South Asian origin with a weekly talk show, and one of only two South Asians — alongside Lilly Singh of A Little Late with Lilly Singh — to have a talk show in the US.

Patriot Act, thanks to Minhaj, also had a more worldly outlook than other talk shows. It looked at the atrocities of Saudi Arabia in the wake of Jamal Khashoggi's death, the heavy censorship and the feminist response in China, the threat of President Bolsonaro to Brazil, the Malaysian sovereign wealth fund scandal, protests in Sudan, and how the US is exporting obesity.

Minhaj twice looked at Indian topics too, including how corruption at the BCCI is damaging the global growth of cricket, and dove into Indian politics leading up to the 2019 national election. Patriot Act entered the Indian news cycle when Minhaj tackled the Indian elections, with both the show and Minhaj trending on social media after the episode aired.

Patriot Act also made the news globally after its Saudi Arabia episode that was critical of Crown Prince Mohammed bin Salman, which was pulled by Netflix in the Middle Eastern country after the monarchy asked it to do so.