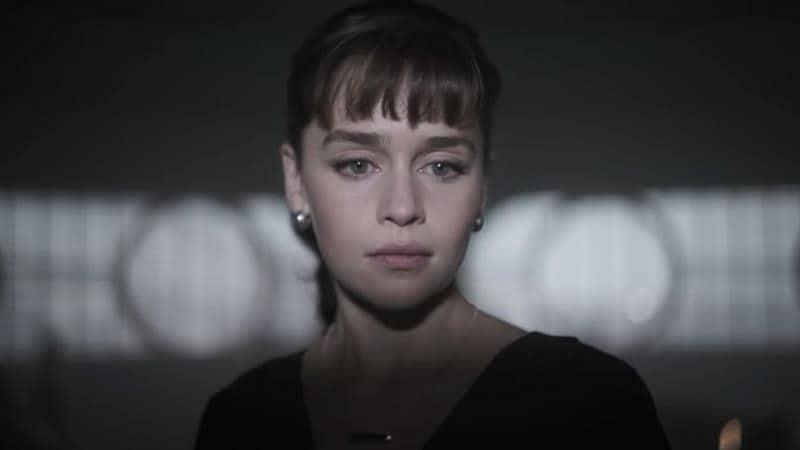 Disney has given us the first look at Solo: A Star Wars Story – the standalone film in a galaxy far, far away featuring a young Han Solo – ahead of the full-length trailer that's set to debut on Monday night.

The 45-second spot, which aired during the 2018 Super Bowl, begins on an Imperial ship with an officer asking a new unseen recruit what branch he's interested in joining. "I'm going to be a pilot, the best in the galaxy," the recruit replies.

After that, we get glimpses of a sleek, brand-new Millennium Falcon from the inside, rather than the aged version we're used to seeing, in addition to Emilia Clarke as the mysterious new character Kira, a new droid, Woody Harrelson as a criminal and Han's eventual mentor Beckett, Donald Glover as a young Lando Calrissian, and a very brief glimpse of Solo himself, played by Alden Ehrenreich.

Sure, it's only been a month and a half since the release of The Last Jedi, but the first teaser of Solo: A Star Wars Story is arriving much later than most expected, given the magnitude of the Star Wars franchise, and the fact that the release date is less than four months away.

The wait has only further driven the speculation that all is not right with the film, given Lucasfilm fired the original directors Phil Lord and Christopher Miller midway through production, and then replaced them with Ron Howard, who's reportedly reshot a large chunk of Solo: A Star Wars Story.

For what it's worth, the standalone Solo adventure does look different from the visual aesthetic of prior entries. And we don't have to wait too long to see the full trailer, which airs on ABC's Good Morning America on Monday morning in the US.