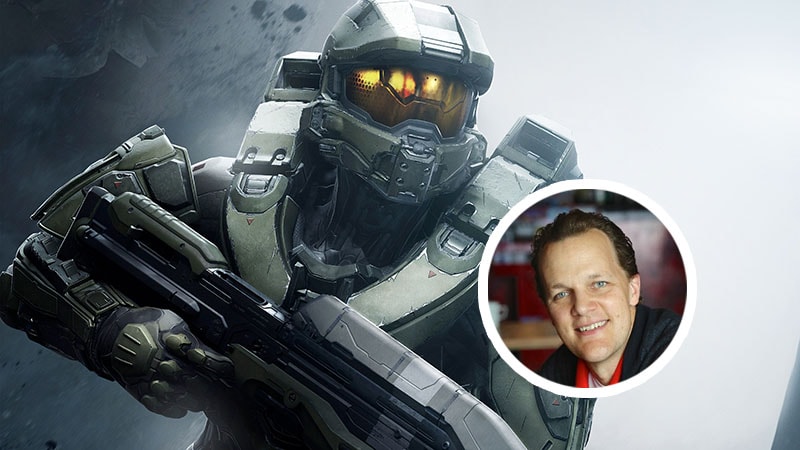 CBS-owned premium cable network Showtime has announced that Otto Bathurst — best known for directing the 2018 critical and commercial failure Robin Hood — will direct multiple episodes of the Halo TV series, replacing Rise of the Planet of the Apes director Rupert Wyatt, who left the project back in December over scheduling conflicts. Bathurst will also serve as an executive producer on the Halo series, alongside Kyle Killen (Awake), who continues in the roles of executive producer, writer, and showrunner. Production on the nine-episode Halo season 1 will begin later this year, Showtime added, working in partnership with Halo developer 343 Industries and Steven Spielberg's Amblin Television.

This is the latest development for the live-action Halo adaptation that has faced numerous hurdles over the years. Ex Machina and Annihilation writer-director Alex Garland wrote a film script around 2005, with Lord of the Rings' Peter Jackson and District 9's Neill Blomkamp attached as producer and director, respectively. Game of Thrones' D.B. Weiss re-wrote Garland's script later on, but the project entered development hell, and everyone moved on. Plans for a Halo TV series first surfaced in 2013 at Spielberg's Amblin, with Showtime picking it up in 2014. Blomkamp was again attached for a bit, but he was missing from the announcement in June last year.

In addition to directing Robin Hood, Bathurst's credits also include the first-ever episode of Black Mirror, “The National Anthem”, and the first three episodes each of Peaky Blinders, and Criminal Justice, for which Bathurst was nominated for a BAFTA himself. Bathurst has also directed two episodes of the expensive BBC epic fantasy adaptation, His Dark Materials, which is currently said to be in post-production.

We don't know much about Showtime's adaptation of Halo, except that it will “dramatise an epic 26th-century conflict between humanity and an alien threat known as the Covenant”. CBS Studios International is handling global distribution for Halo, so it's possible it will air on Hotstar in India given Star India has a licensing deal with CBS for Showtime's original content.