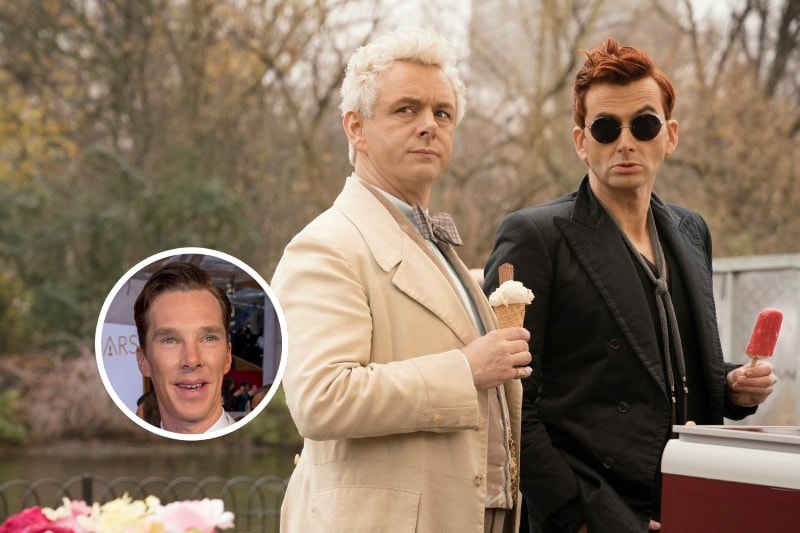 Amazon Prime Video has announced a release date for its adaptation of Good Omens, the fantasy novel by Neil Gaiman and Terry Pratchett. All six episodes of Good Omens will be available May 31, 2019 on Prime Video globally. Additionally, Gaiman has revealed that Benedict Cumberbatch will cameo as Satan in the final episode of Good Omens, as a “giant, animated 400-foot high” version of the devil. Cumberbatch joins the likes of Frances McDormand (Three Billboards Outside Ebbing, Missouri), Jon Hamm (Mad Men), Jack Whitehall (Fresh Meat), Michael McKean (Better Call Saul), Miranda Richardson (Sleepy Hollow), and Nick Offerman (Parks and Recreation) as guest stars on Good Omens.

Set in modern day, Amazon's Good Omens finds the demon Crowley (David Tennant) and the angel Aziraphale (Michael Sheen) trying to prevent the coming of the Antichrist and thereby, the apocalypse. But Crowley and Aziraphale can't seem to find the Antichrist. In the book, the Antichrist, known as Adam, is involved in a hospital mix-up at birth and ends up growing up with the wrong family in a village. Gaiman created the Amazon series, which has been directed in its entirety by Douglas Mackinnon (Doctor Who).

Fortnite Update 7.40 Allows You to Get Season 8 Battle Pass for Free, but There's a Catch
Apple’s Self-Driving Car Technology Ranks Last in Report by US Regulator