Godzilla vs. Kong Trailer Gives Us More of the Titular Battle

The full movie is out late March in India and on HBO Max. 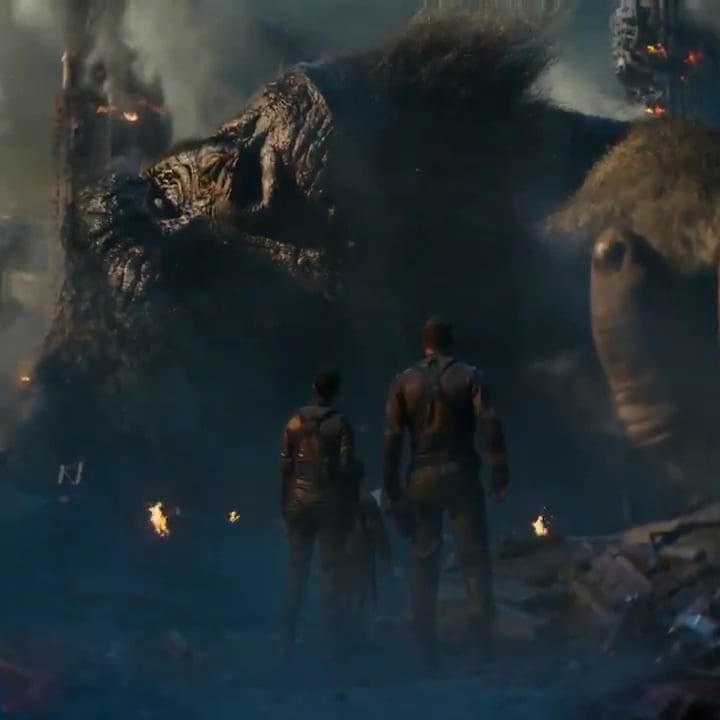 A still from Godzilla vs. Kong trailer

A new Godzilla vs. Kong trailer has dropped. HBO Max and Legendary Pictures have unveiled a new minute-long teaser for the upcoming monster mash-up that reiterates Kong's bond with the young girl Jia (Kaylee Hottle) and shows them communicating through sign language, and gives us new shots of the fights between the two titular giants (and the devastation it will cause, naturally). Kong is being billed as the underdog in the new Godzilla vs. Kong trailer, as he finds himself trapped underwater in chains, and is pummelled to the ground elsewhere.

Of course, that's only half the story. Thanks to the synopsis and enthusiasts, we know that Mechagodzilla will most likely be part of Godzilla vs. Kong. Mechagodzilla was originally conceptualised as an alien, but over time, it's become a man-made character designed to protect Japan from Godzilla. Even as that might fit the “Godzilla is a villain now?” tone of the first Godzilla vs. Kong trailer, it's much more likely that Mechagodzilla might become a common foe for both Godzilla and Kong. That would force the beasts to set aside their differences and come together in the final act of the film.

This world isn't ready for their fight to begin. Check out the trailer: https://t.co/aTvARZrqPS #GodzillaVsKong in theaters and streaming exclusively on @HBOMax* March 31.

*Available on @HBOMax in the US only, for 31 days, at no extra cost to subscribers. pic.twitter.com/tay1FdshaF

Here's the official synopsis for Godzilla vs. Kong, from Warner Bros. and Legendary Pictures:

Legends collide in Godzilla vs. Kong as these mythic adversaries meet in a spectacular battle for the ages, with the fate of the world hanging in the balance. Kong and his protectors undertake a perilous journey to find his true home, and with them is Jia, a young orphaned girl with whom he has formed a unique and powerful bond. But they unexpectedly find themselves in the path of an enraged Godzilla, cutting a swath of destruction across the globe. The epic clash between the two titans — instigated by unseen forces — is only the beginning of the mystery that lies deep within the core of the Earth.

Godzilla vs. Kong is out March 26 in India in English, Hindi, Tamil, and Telugu (only in theatres), and March 31 on HBO Max (for 31 days) and in US cinemas.