Godzilla vs. Kong Sequel in the Works, Director Adam Wingard to Return: Report

Son of Kong, as it might be titled, will be set in Hollow Earth. 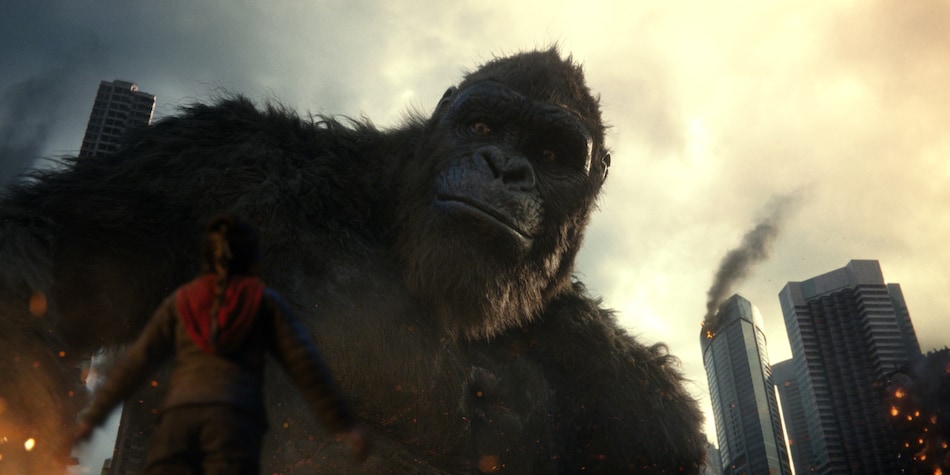 Godzilla vs. Kong sequel is reportedly in early development with Godzilla vs. Kong director Adam Wingard — and could potentially be titled Son of Kong. It wouldn't be the first one titled so, as there was the hastened sequel to King Kong, the 1933 original that is considered by some as one of the greatest films of all time and essentially birthed the King Kong franchise. Wingard would be the first director of a MonsterVerse movie — the shared universe that includes Kong: Skull Island and the two most recent Godzilla movies — to return at the helm.

The Hollywood Reporter brought word of Legendary Pictures “quietly” entertaining early talks with Wingard on a Godzilla vs. Kong sequel, as it plans out the future of MonsterVerse for “one or more instalments.” The sequel would be set in the (impossibly dumb but visually epic) Hollow Earth world that was introduced in Godzilla vs. Kong, which would allow the movie to bring in more varied creatures to the series. Wingard was reportedly instrumental in that world-building as well as crafting the giant monster action set-pieces for Godzilla vs. Kong, THR notes.

But there's no word on when we might see the Godzilla vs. Kong sequel, as Wingard is already caught up elsewhere. In February, it was reported that Paramount Pictures had hired Wingard to direct and co-write a sequel to John Woo's 1997 action film Face/Off with new actors in the lead roles. And then in March, Warner Bros. had said to have picked Wingard to make a live-action movie based off the animated ThunderCats franchise. It's unclear how and when Wingard would be able to accommodate a Godzilla vs. Kong sequel in that packed schedule.