Godzilla: King of the Monsters Gets First Trailer at San Diego Comic-Con 2018 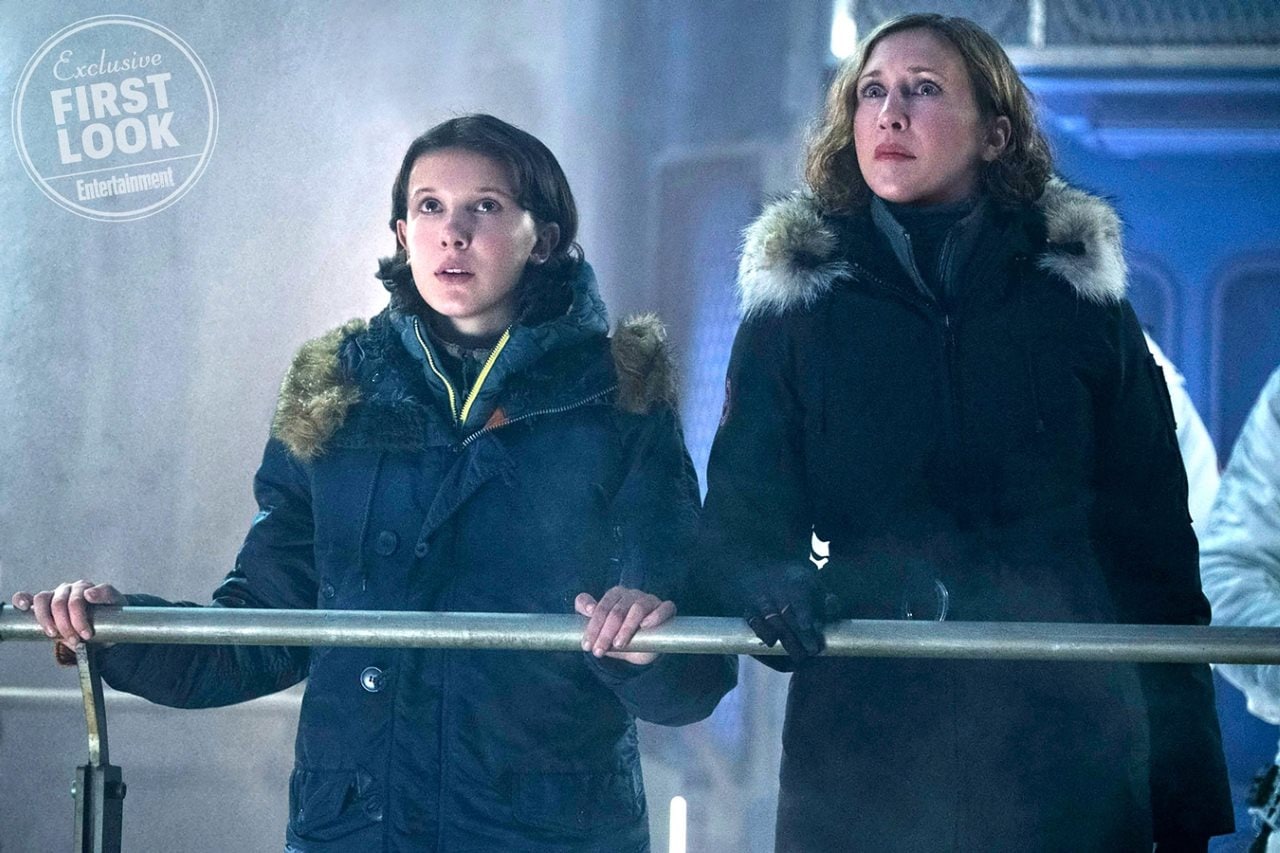 Millie Bobby Brown and Vera Farmiga in Godzilla: King of the Monsters

At San Diego Comic-Con 2018, we got the first trailer for Godzilla: King of the Monsters, the sequel to Rogue One director Gareth Edward's 2014 original that will pit the giant sea lizard monster against three other giant monsters, all of whom are capable of flight: Mothra, Rodan, and the three-headed King Ghidorah. Borrowing its title from the 1956 film of the same name, which introduced Godzilla to audiences worldwide, the new chapter has a human ensemble as well: Kyle Chandler, Vera Farmiga, Millie Bobby Brown, Bradley Whitford, Sally Hawkins, Thomas Middleditch, Ken Watanabe, Charles Dance, O'Shea Jackson Jr., and Zhang Ziyi.

The first Godzilla: King of the Monsters trailer expands on the 40-second clip released on Brown's Instagram page earlier in the week, setting the stage for a massive battle between the four "ancient super-species" with humanity caught in the middle. The premise goes like this: Dr. Emma Russell (Farmiga) – who works for monster-hunters Monarch – and her daughter Madison (Brown) are kidnapped by a mysterious organisation, prompting her ex-husband Mark (Chandler) to launch a rescue op with the help of Monarch scientists Dr. Vivienne Graham (Hawkins) and Dr. Ishiro Serizawa (Watanabe), the two reprising their roles from the first film.

In addition to being a sequel, the film is also part of the so-called MonsterVerse, a shared film universe that also includes last year's Vietnam War-era King Kong-reboot Kong: Skull Island, which starred the likes of Tom Hiddleston, Samuel L. Jackson, Brie Larson, John Goodman, and John C. Reilly. Legendary Pictures, the studio responsible for these movies, already has a sequel lined up for 2020 – Godzilla vs. Kong – with Adam Wingard (You're Next) attached as director.

Michael Doughtery, best known as the co-writer on 2003's X3 and 2006's Superman Returns, has directed and co-written Godzilla: King of the Monsters. Max Borenstein, who wrote the first film and co-wrote Kong: Skull Island, is also a co-writer alongside Zach Shields and Dougherty. While Godzilla is usually the villain – the character was created by the Japanese as a metaphor for the atomic bomb, after all – the MonsterVerse writers have opted for a different treatment: make him empathetic. In an interview, Borenstein said the first film laid the necessary groundwork and the sequel would him "a more relatable, emphatic figure".