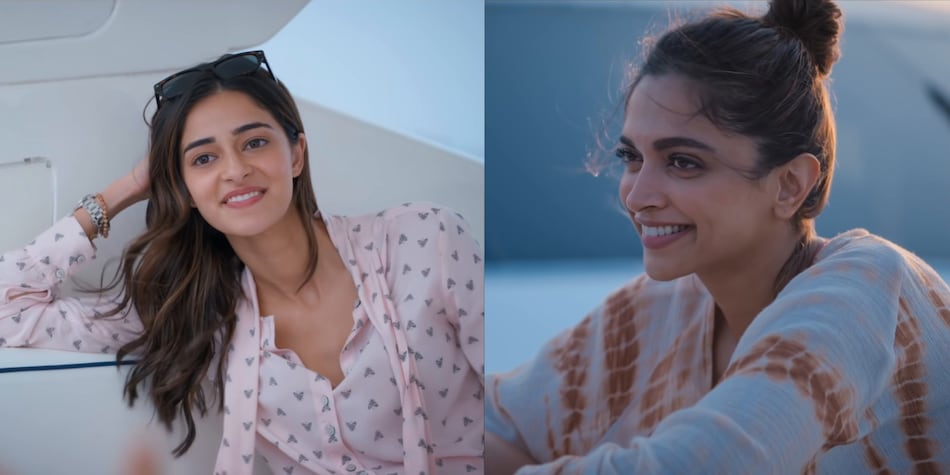 Gehraiyaan trailer will release Thursday, January 20, Viacom18 Studios has confirmed to Gadgets 360. Amazon Prime Video and Dharma Productions announced as much on Wednesday afternoon. The exact release time for the Gehraiyaan trailer is 2:30pm IST on Thursday, Gadgets 360 has learnt. The first feature-length project from Kapoor & Sons director Shakun Batra in over five years, Gehraiyaan stars Deepika Padukone, Siddhant Chaturvedi, Ananya Panday, and Dhairya Karwa in the lead, with supporting roles for Naseeruddin Shah and Rajat Kapur. Gehraiyaan is an Amazon original movie, out February 11 on Prime Video.

“These sound waves are coming straight to your heart! Trailer out tomorrow. #GehraiyaanOnPrime releasing Feb 11,” Viacom18 Studios said on its Twitter channel at 10:08am on Wednesday, before quickly deleting said tweets. They were reshared later that afternoon. Attached alongside were promotional snippets from the four leads, with each ending in the words “as we dive into the world of Gehraiyaan tomorrow”. Padukone said: “Emotions will sink deeper,” while Chaturvedi said: “Choices will have consequences.” Panday said: “Love will get complicated,” and Karwa said: “Relationships will get twisted.” No footage from the movie itself was shown.

Behind the scenes, Gehraiyaan director Batra works off a screenplay he co-wrote with Sumit Roy (Zubaan), Ayesha DeVitre (Kapoor & Sons), and Yash Sahai. Batra is also a producer on Gehraiyaan alongside Hiroo Yash Johar, Karan Johar, and Apoorva Mehta. Gehraiyaan is a production of Batra's Jouska Films, Johar's Dharma Productions, and Viacom18 Studios. Kaushal Shah (Mumbai Diaries 26/11) served as the cinematographer on Gehraiyaan. Nitesh Bhatia (Bamfaad) is the editor. Kabeer Kathpalia (Inside Edge) and Savera Mehta (NH 10) provided the music.

Gehraiyaan is out February 11 on Amazon Prime Video in India and around the world.