Game of Thrones Season 8: Battle of Winterfell ‘Really Miserable’ for Cast and Crew 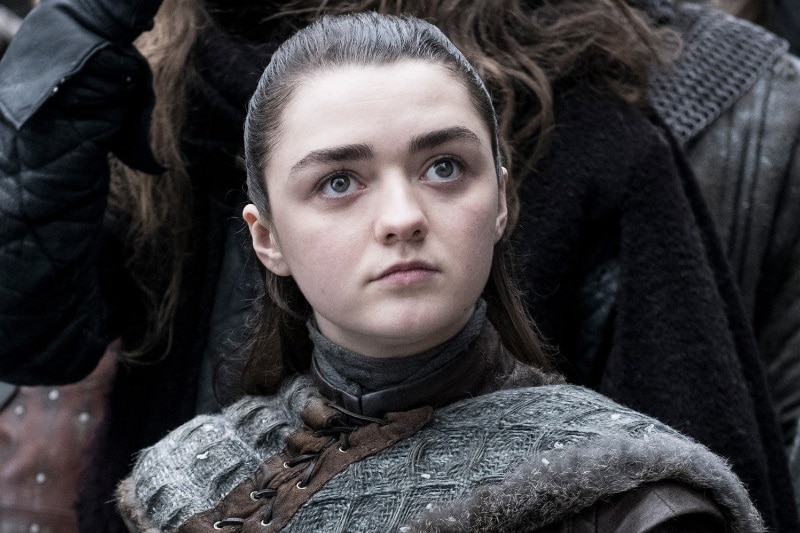 Maisie Williams as Arya Stark in Game of Thrones season 8

With Game of Thrones back next month — April 15, 2019, to be precise — for its eighth and final season, a new in-depth behind-the-scenes report published Monday has given fans a spoiler-free peek into what it was like filming the last six episodes of the HBO epic fantasy series, which took 10 months of production. The focus is mostly on the Battle of Winterfell episode, which itself took 11 weeks of night shoots and will see the living go up against the dead. The cast and crew of Game of Thrones worked in freezing conditions to film that battle. Alongside, creators and showrunners David Benioff and D.B. Weiss are hoping the series finale — which they directed by themselves and airs May 20, 2019 in India — will be compared to Breaking Bad.

Game of Thrones — Battle of Winterfell

“It was the most unpleasant experience I've had on Thrones,” Iain Glen, who plays Ser Jorah Mormont, told Entertainment Weekly on set. “A real test, really miserable. You get to sleep at seven in the morning and when you wake in the midday, you're still so spent you can't really do anything, and then you're back. You have no life outside it. You have an absolute f—ked bunch of actors. But without getting too method [acting] about it, on screen it bleeds through to the reality of the Thrones world.”

“[N]othing can prepare you for how physically draining it is,” Maisie Williams, who plays Arya Stark, added. “It's night after night, and again and again, and it just doesn't stop. You can't get sick, and you have to look out for yourself because there's so much to do that nobody else can do… there are moments you're just broken as a human and just want to cry.”

“What we have asked the production team and crew to do this year truly has never been done in television or in a movie,” co-executive producer Bryan Cogman said. “This final face-off between the Army of the Dead and the army of the living is completely unprecedented and relentless and a mixture of genres even within the battle. There are sequences built within sequences built within sequences. David and Dan [wrote] an amazing puzzle and Miguel came in and took it apart and put it together again.”

That big Winterfell battle is reportedly the ‘longest consecutive battle sequence ever committed to film', beating out the iconic 40-minute Battle of Helm's Deep from The Lord of the Rings: The Two Towers. Episode director Miguel Sapochnik — who has helmed episode 3 and 5 on Game of Thrones season 8 — studied that in fact to figure out how to not let viewers develop “battle fatigue”.

“It feels like the only way to really approach it properly is take every sequence and ask yourself: ‘Why would I care to keep watching?'” Sapochnik added. “One thing I found is the less action — the less fighting — you can have in a sequence, the better.”

But the filming process wasn't always meant to be so gruelling. Originally, the creators and the director had broken it down into smaller shots, as is the usual process for action in Hollywood, but they realised it wouldn't work for Game of Thrones, as it wouldn't “feel real”.

“We built this massive new part of Winterfell and originally thought, ‘We'll film this part here and this part there,' and basically broke it down into so many pieces it would be shot like a Marvel movie, with never any flow or improvisation,” Sapochnik said.

“When you have rapid cutting [in an action scene] you can tell it was all assembled in post-production,” Benioff said. “That's not the show's style and it's not Miguel's style.”

Of the series finale, Benioff said: “From the beginning we've talked about how the show would end. A good story isn't a good story if you have a bad ending. Of course we worry.”

Weiss added: “We want people to love it. It matters a lot to us. We've spent 11 years doing this. We also know no matter what we do, even if it's the optimal version, that a certain number of people will hate the best of all possible versions. There is no version where everybody says, ‘I have to admit, I agree with every other person on the planet that this is the perfect way to do this' — that's an impossible reality that doesn't exist. I'm hoping for the Breaking Bad [finale] argument where it's like, ‘Is that an A or an A+?'”