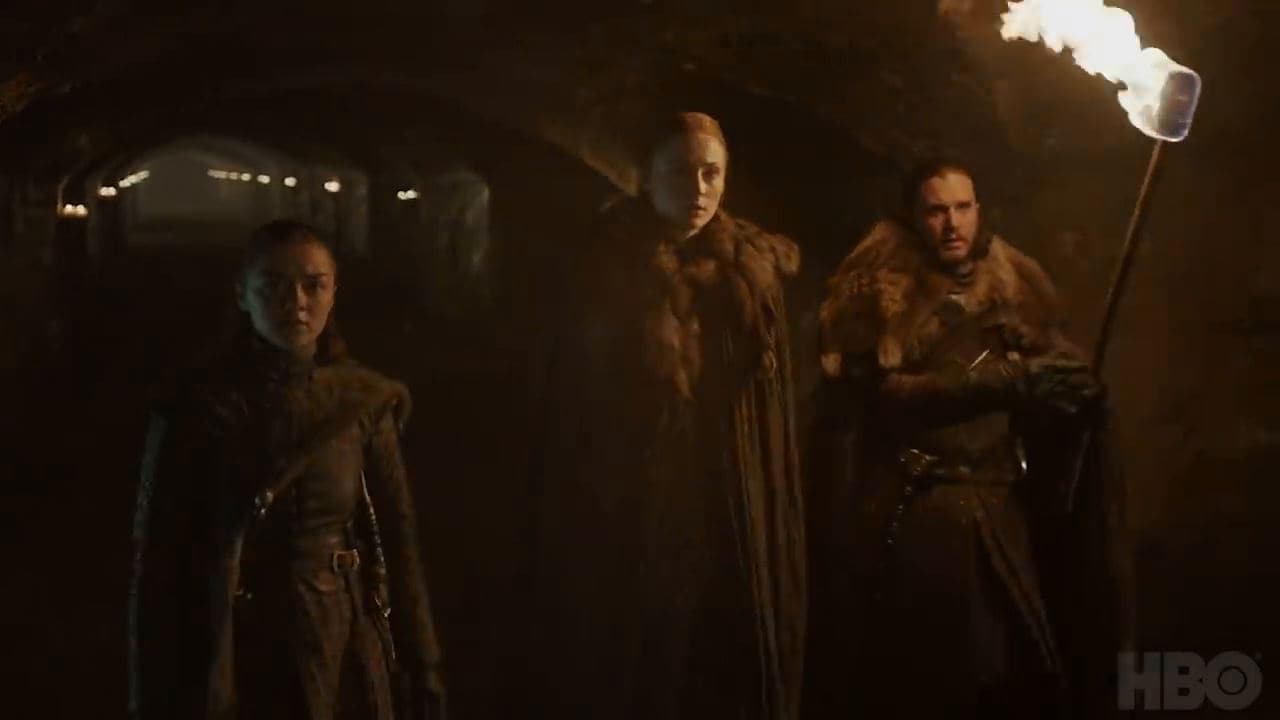 Game of Thrones season 8 will premiere April 14, HBO announced in the first teaser released Sunday. That means those of us in India will be able to watch the season 8 premiere on April 15, either on Hotstar or Star World. If Game of Thrones' final season airs consecutive weeks, like it has sometimes in the past when it bowed in April, the series finale should air May 19. There are only six episodes in season 8 — 10 episodes in the first six seasons each, and seven in season 7 — which makes it the shortest run of any Thrones season yet. Of course, there are rumours afloat that each episode in the show's final season will run an hour and a half long, which would effectively put season 8 closer to a traditional year.

The first Game of Thrones season 8 teaser is entirely focused on the Starks of Winterfell: Sansa (Sophie Turner), Arya (Maisie Williams), and Jon Snow (Kit Harrington), who still believes he's a bastard. There's no sign of Bran (Isaac Hempstead Wright) in the teaser, which is partially understandable given he has little affection left for his siblings and any attachment to past titles in his new role as the Three-Eyed Raven. Sansa, Arya, and Jon take a walk through the Winterfell crypts in the first season 8 teaser, and as they move past the statues of their fallen family members, voice-overs from Lyanna, Ned, and Catelyn reference past events. Eventually, they come face-to-face with their own statues, which is an ominous sign for sure.

A winter chill creeps into the frame as the teaser concludes, literally bringing the Stark motto — “Winter is coming” — to life. The way the new clip is set up suggests it has been purposely shot for marketing purposes and doesn't include real footage from the show's final season, of which we got a four-second glimpse last week that was also set in Winterfell. [major spoilers ahead] The Stark home is going to be the first stand in the fight against the White Walkers, who breached the Wall at the end of the last season. That was just one of several big moments in the season 7 finale, alongside the reveal of Jon Snow's birth name — Aegon Targaryen — and the start of his relationship with Daenerys Targaryen (Emilia Clarke). Awkward.

Game of Thrones returns April 15, 2019 with its eighth and final season, nearly 20 months since we saw last saw it on our screens.