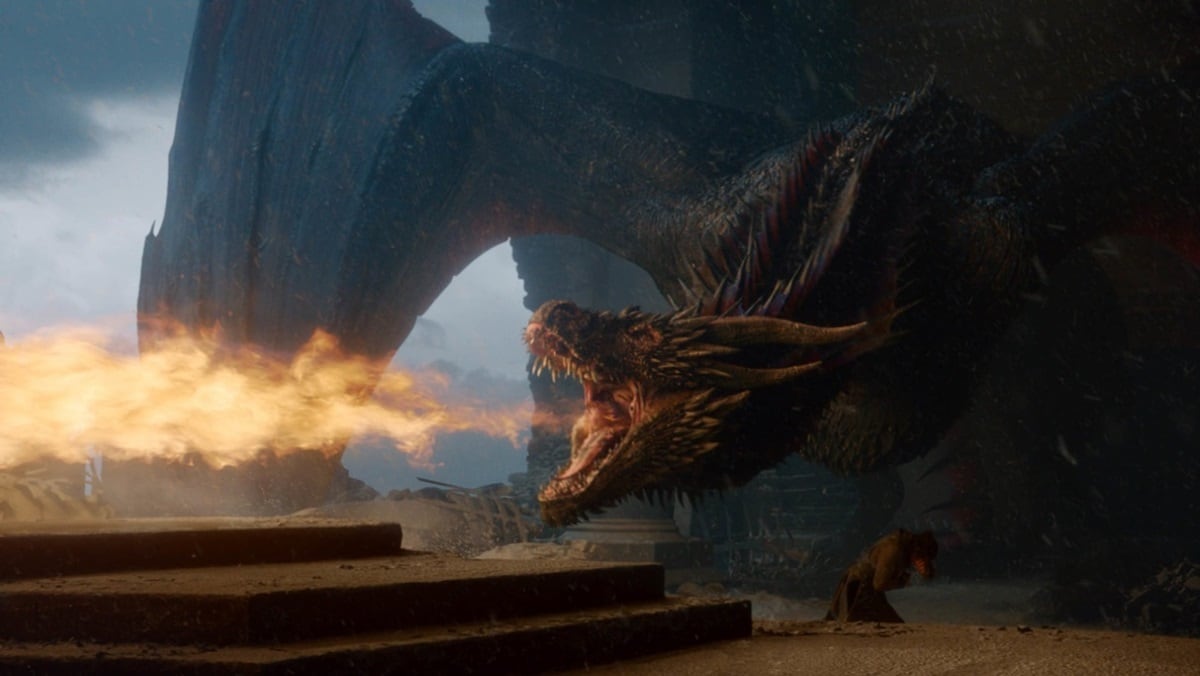 In the Game of Thrones series finale, after Daenerys Targaryen was stabbed in the heart by Jon Snow, her only remaining dragon Drogon chose to burn down the Iron Throne in lieu of killing the person standing next to her body. For many viewers, that moment felt like an on-point thematic statement from the writers — Game of Thrones creators David Benioff and D.B. Weiss — who had drawn massive flak in weeks prior for their mishandling of the final season. It was almost as if Drogon knew that it was the corrupting influence of the Iron Throne that led to her mother's death, which is how some chose to interpret it. But others claimed that dragons were too stupid to have such thoughts.

Well, now we know how Benioff and Weiss saw that moment, thanks to the Game of Thrones series finale script being put up online. The episode was submitted and has been nominated for an Emmy, that's why. It's since been taken down by the Television Academy, possibly because of the negative press it has generated. Anyhow, thanks to the reporting and analysis by The Ringer, we know that Drogon melting the Iron Throne was just a mere accident. Yes, you read that right — an accident. Here's how the scene unfolds in the Game of Thrones season 8, episode 6 script:

“He looks down at Jon. We see the fire build up in his throat. Jon sees it as well. He prepares to die. But the blast is not for him. Drogon wants to burn the world but he will not kill Jon. He breathes fire on the back wall, blasting down what remains of the great red blocks of stone. We look over Jon's shoulder as the fire sweeps toward the throne — not the target of Drogon's wrath, just a dumb bystander caught up in the conflagration.”

In case you got confused because of the improper wording used by Benioff and Weiss in the script, the “dumb bystander” is a reference to the Iron Throne, an object, not Jon Snow, a person. The use of the word “dumb” is further proof of how rushed the scripting process for Game of Thrones season 8 must have been like, that the writers couldn't be bothered to be more descriptive of what is going on in that scene — one of the biggest of the series, let alone the season — thematically speaking.

And that's not the only problematic part of the script, as The Ringer notes. The script for the Game of Thrones series finale is too on-the-nose in multiple places, doesn't bother to probe Bran's omniscience at all or how Sam became a grand maester, and essentially makes a mockery of the history and mythology of the series. For the fans of the show, it's an infuriating but essential look at Benioff and Weiss' thought process, and it's a shame that the script has been taken down.