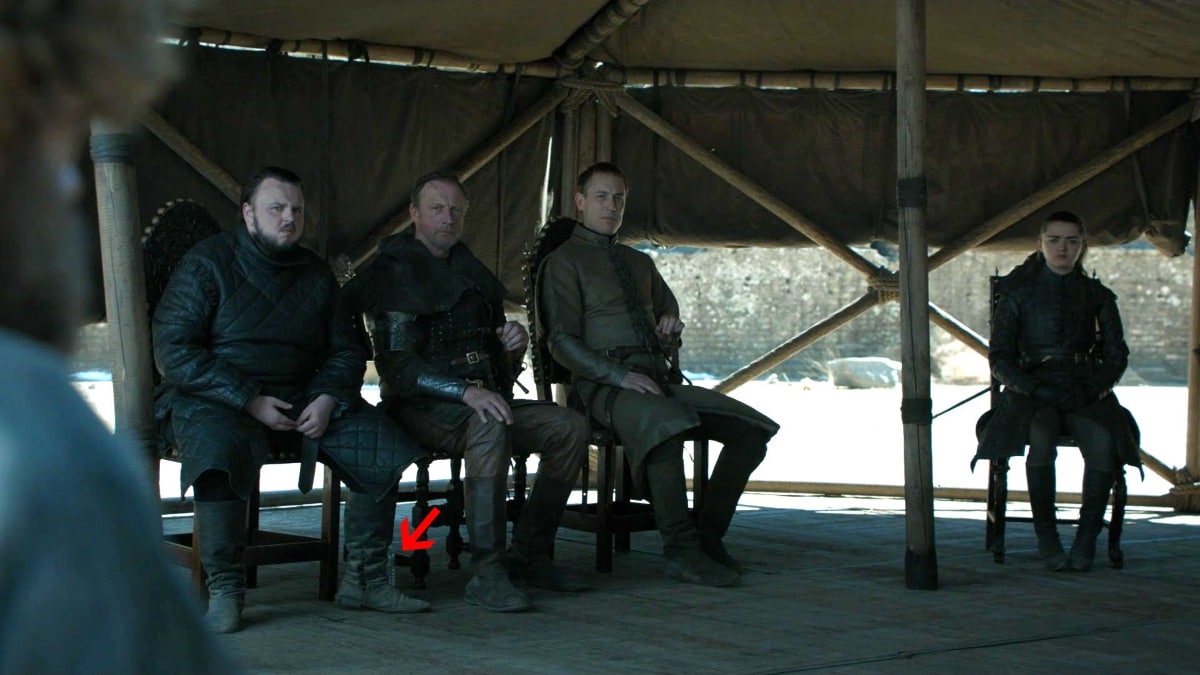 After a misplaced coffee cup showed up earlier in the final season, some eagle-eyed viewers have now spotted a couple of modern-age plastic water bottles on Game of Thrones season 8 episode 6 “The Iron Throne”. The offending bottles in question appear during the Dragonpit scene, as all the lords and ladies of Westeros have gathered to decide the fate of Tyrion and Jaime, in addition to choosing their new king or queen. HBO has yet to issue a tongue-in-cheek comment like it did previously.

On Hotstar, you can catch one of the plastic water bottles starting at 41:26 in Game of Thrones season 8 episode 6 “The Iron Throne”, tucked behind Samwell Tarly's (John Bradley) left foot, but not quite. The second offence is around the 44:05 mark on Hotstar, when you can glimpse a sliver of the plastic bottle between Brienne of Tarth (Gwendoline Christie) left leg and Davos Seaworth's (Liam Cunningham) right one.

HBO will likely digitally scrub the bottles in question once it is alerted of the mistake, just as it did last time with the coffee cup in Game of Thrones season 8 episode 4 “The Last of the Starks”. It's another matter that the coffee cup is still visible on Hotstar, which likely means HBO never offered the re-edited version of the episode to its international distribution partners. We had reached out to Hotstar for comment then but the Disney/Star India-owned streaming service never responded.

But more importantly, it's strange that after the episode 4 faux pas, HBO didn't task its post-production team to go through the two remaining episodes and look for more such incidents.