Rhaegal and Ghost survived. Everyone rejoice! 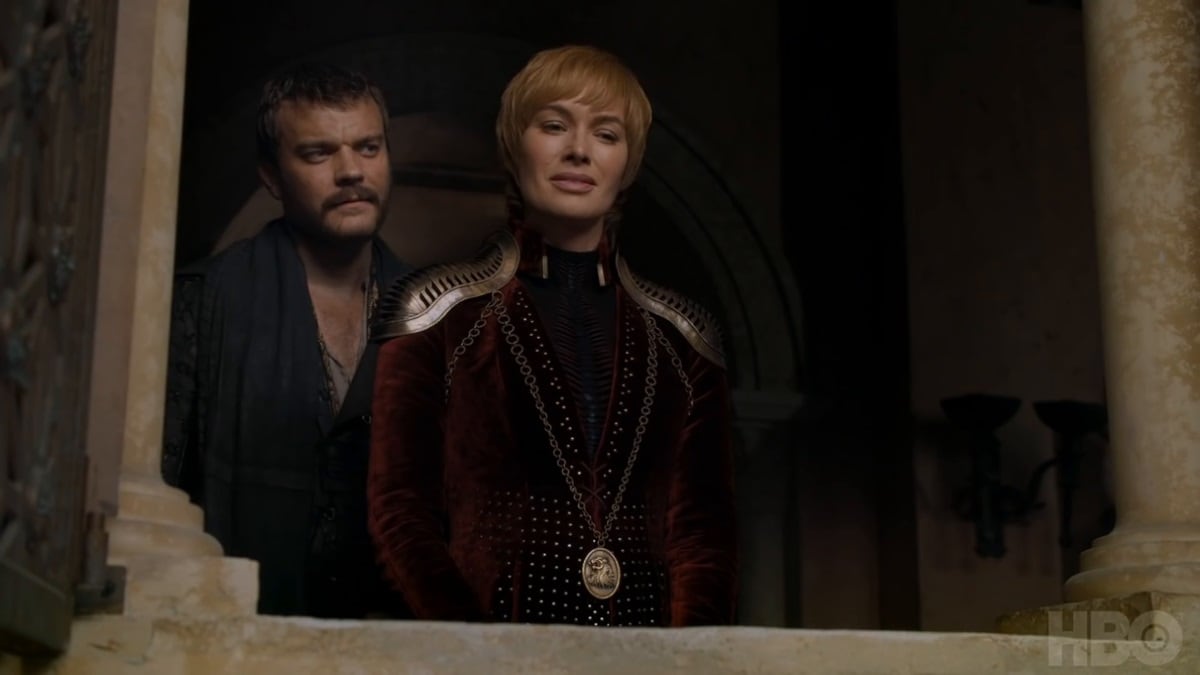 Euron and Cersei in Game of Thrones season 8 episode 4

Spoilers ahead for Game of Thrones season 8 episode 3, “The Long Night”.

Like clockwork, HBO has released a 30-second teaser trailer for the next episode of Game of Thrones season 8 — episode 4 — which will see the focus shift from the north to the south of Westeros, now that the Army of the Dead have been dealt with. Having been missing for two episodes, the locale of King's Landing — and the sight of Cersei — will return to our screens next week, in what will likely be a breather episode before Game of Thrones jumps into another battle with its penultimate episode.

The new Game of Thrones season 8 episode 4 trailer begins with smoke and fire at Winterfell, suggesting that those that have been killed are being burnt, in case another Night King shows up to raise them. Jokes aside, it's also easier than having to bury everyone. Meanwhile, far away in King's Landing, Cersei Lannister (Lena Headey) is smiling with Euron Greyjoy (Pilou Asbæk) behind her, who later gets down on one knee as if he's about to propose. Did that tradition even exist in medieval times?

“We have won the Great War,” Daenerys Targaryen (Emilia Clarke) says in voice-over, as we are shown a bunch of surviving Unsullied and the dishevelled faces of Sansa (Sophie Turner), Arya (Maisie Williams), and Jon Snow (Kit Harington). “Now, we will win the last war,” she adds, standing next to her advisors Missandei (Natahalie Emmanuel) and Varys (Conleth Hill).

There is a separate shot of Dany drinking and celebrating with the survivors in the Winterfell common hall, and checking on her dragon Drogon. Meanwhile, Arya gets back to kissing Gendry (Joe Dempsie), while the Targaryen fleet (presumably) sets sail for King's Landing. There's a blink-and-you-miss-it shot of two dragons flying in the air, which suggests that Rhaegal — whom Jon rode in episode 3 — survived his injuries after fighting the zombie Viserion in the air. And Ghost can be seen for a few micro-seconds too.

“We will rip her out root and stem,” Dany says in reference to Cersei in another voice-over at the end of the trailer.

Game of Thrones season 8 episode 4 airs May 6 on Hotstar in India.