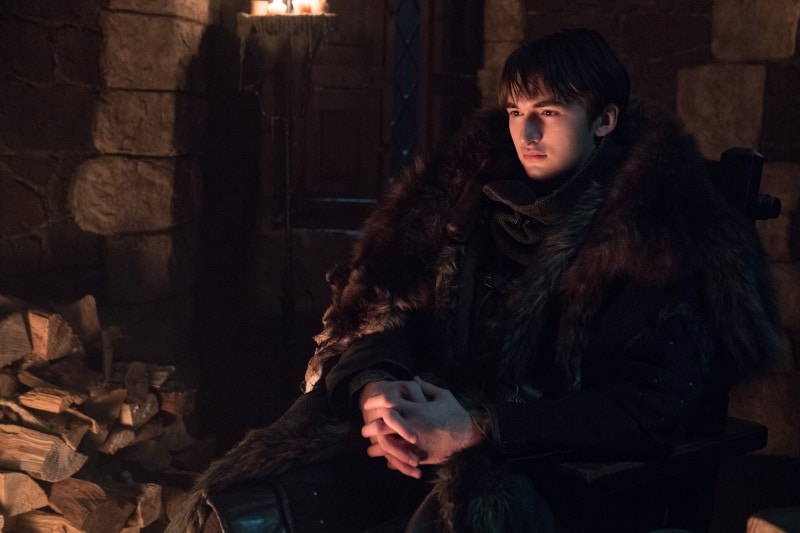 Game of Thrones star Isaac Hempstead-Wright, who plays Bran Stark on the hit HBO show, doesn't think there's any weight to the theory that the Night King — the leader and the first of the White Walkers — and Bran are the same character, calling it “obvious” and “cheesy”.

“Whenever I post anything on Instagram, I just have a barrage of comments going, ‘Night King! Hello Night King! You are Night King! Hello the Night King!',” Hempstead-Wright told British weekly magazine Radio Times in a new interview, noting that the Bran-Night King theory had “become the bane of his life”.

“I mean, I suppose Bran is quite an interesting character to theorise over because of his whole link to time travel and what not,” the 19-year-old English actor added. “Because you can kind of get away with anything theory-wise and make it sound convincing if you've got time travel involved.”

“I mean it's quite an interesting theory, the Night King one. I just think it seems a bit obvious. A bit cheesy.”

The Bran-Night King theory has been around for several years, which keeps on resurfacing every time with the return of the show. Fans and theorists have tried to use several pieces as evidence to support it, from Bran's ability to ‘warg' into humans and his visions, a certain Bran the Builder who helped build the Wall, and even his absence in one of season 8 teasers alongside his Stark family members.

As we said then, the last of those is “partially understandable given [Bran] has little affection left for his siblings and any attachment to past titles in his new role as the Three-Eyed Raven.”

Moreover, Hempstead-Wright has now put all of that to bed. Of course, it's possible that he's deliberately deceiving us, like Thrones cast members have in the past. Most famously, nearly every actor lied about Jon Snow's death and his possible return to the show.

On the other hand, Game of Thrones co-creator D.B. Weiss has said in the past that they see the Night King and his band of White Walkers as “just death, coming for everyone in the story, coming for all of us.”

That perspective gives further credence to the Bran-Night King theory being just that: a theory. And with the show returning for its eighth and final season in a month's time, we won't have to wait long to find out.