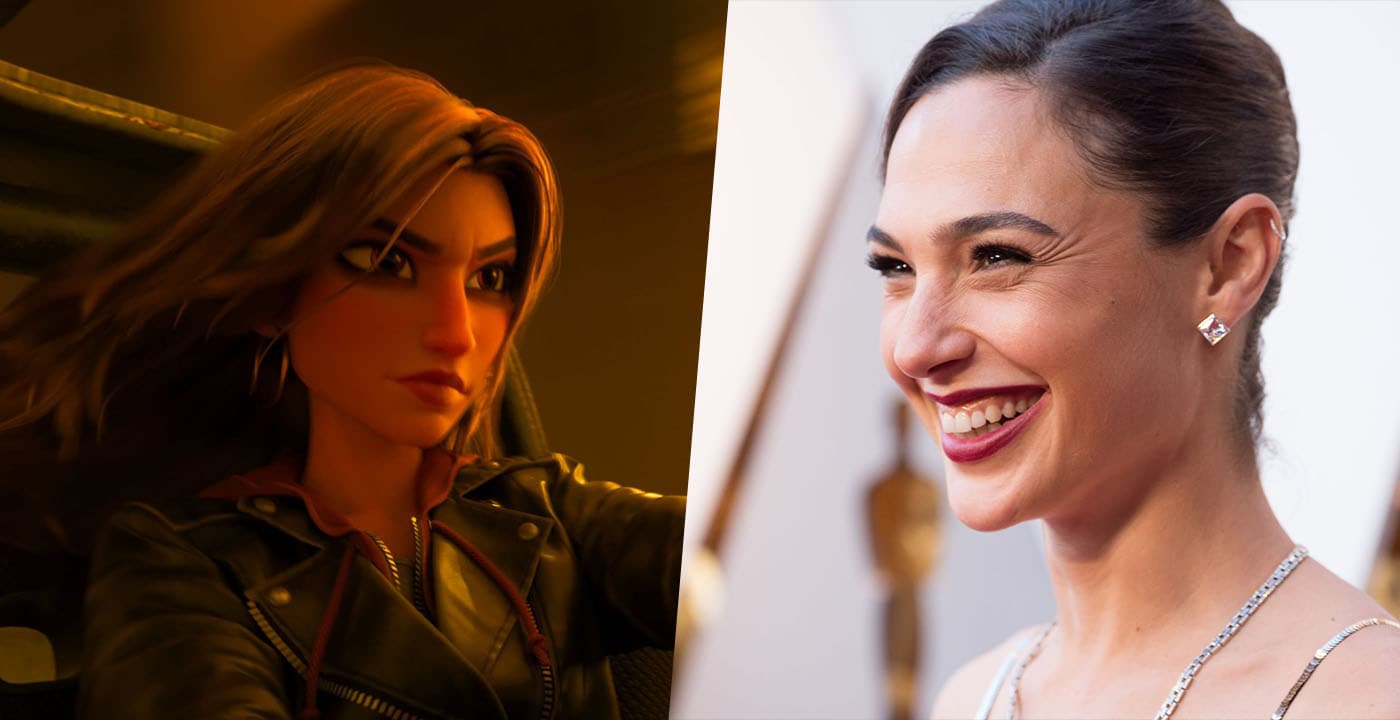 Shank in Ralph Breaks the Internet, and Gal Gadot at the 2018 Oscars

Gal Gadot, star of Wonder Woman, announced Friday that she will voice a character named Shank in Ralph Breaks the Internet, the upcoming sequel to the 2012 original Wreck-It Ralph. Shank is a “a tough and talented driver in an intense and gritty online racing game called ‘Slaughter Race’.”

In a tweet on Friday, Gadot said: “I’m so excited to finally announce that I am playing a character named Shank in Disney’s #RalphBreaksTheInternet hitting theaters this November! Such an amazing experience to be a part of this project with such great creators and cast! Welcome to Slaughter Race!”

According to Deadline, Gadot’s character Shank will encounter the two leads of Ralph Breaks the Internet – Wreck-It Ralph (voiced by John C. Reilly) and Vanellope von Schweetz (voiced by Sarah Silverman – after they arrive in “the Internet” looking for a “a replacement part for Vanellope’s game, ‘Sugar Rush’”.

“Shank has a reputation as a tough-as-nails street racer, and Vanellope finds herself up against her,” the description adds. In a statement, Gadot said: “Shank is amazing at driving cars and has this bad-girl vibe to her. But as the movie goes on you realise how fun, wise and warm she really is on the inside, which is what I like most about her.”

“Shank is the coolest character in this world of Slaughter Race,” co-director Rich Moore said. “She’s lived a lot, she’s seen a lot, yet she’s got nothing but kindness in her heart — that’s the duality of that character.”

Co-director and writer Phil Johnston noted Gadot has "so much texture to her voice and so much living in her voice. If Ralph is Vanellope’s big-brother figure, we wanted a big-sister figure. We wanted someone that Vanellope would look up to, and Gal is definitely someone kids — and a lot of adults I know — aspire to emulate. I can’t imagine anyone else embodying that part.”

Ralph Breaks the Internet, releasing November 23 in India, is set to use its Internet-premise gimmick to feature several properties owned by Disney, including most of its Disney Princess line-up – as seen in the full-length trailer – alongside Star Wars, Marvel, and Pixar.