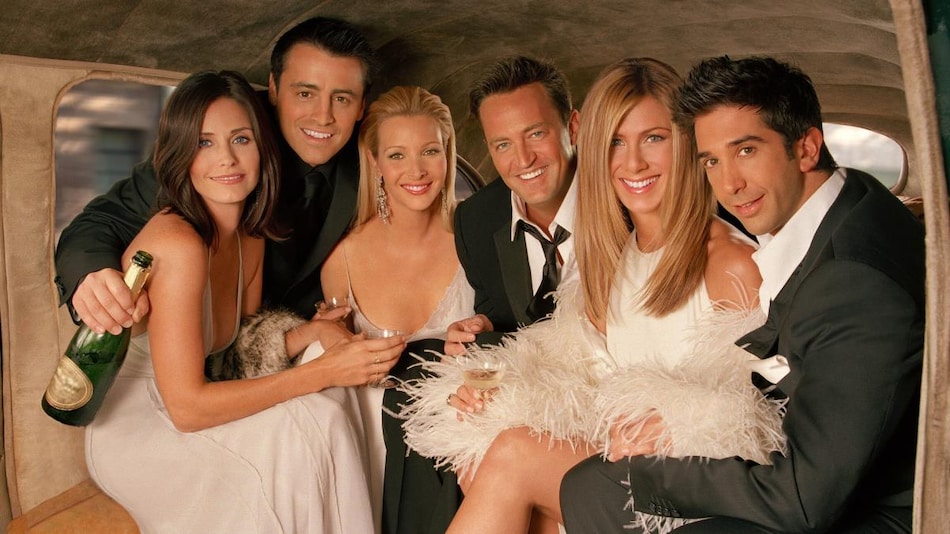 Friends cast will head to the show's original soundstage on the Warner Bros. Studio for the shoot

HBO Max's upcoming Friends reunion special will be there for you soon! The unscripted special, which has been repeatedly delayed to the COVID-19 pandemic, is finally set to begin filming next week.

As per Variety, the highly-anticipated Friends reunion is set to film in the week of April 5. The special will bring the beloved sitcom's six main cast members, Jennifer Aniston, Courteney Cox, Lisa Kudrow, Matt LeBlanc, Matthew Perry, and David Schwimmer, back together on screen for the first time.

The star cast will head to the show's original soundstage on the Warner Bros. Studio lot to film the special reunion.

Schwimmer had discussed the upcoming event during a virtual interview on The Graham Norton Show, which aired in the U.K. on Friday and will air in the U.S. on BBC AMERICA on April 9, reported People magazine.

"I'm going to Los Angeles -- we're going to be shooting the Friends reunion next week. I'm going to see everyone next week for the first time in many years," the actor said.

While he couldn't say much, he did confirm that he and his costars will be appearing as themselves, and not in character.

"There's nothing scripted, we're not in character. We are all ourselves, although there is one section of it that I don't want to give away, but we all read something," he explained.

Marveling over the fact that it has been nearly 17 years since the show wrapped, host Graham Norton asked if Schwimmer has been watching old episodes to refresh his memory.

"I should have been doing that," Schwimmer replied, laughing.

He added, "And I really have very little excuse, but I haven't been able to bring myself to catch up on the 236 episodes. I guess I need to watch a lot over the next five days."

Friends originally aired for 10 seasons on NBC from 1994 to 2004. The reunion special was first announced in February 2020 by HBO Max and was scheduled to premiere that May, but was delayed indefinitely due to the coronavirus pandemic.

The special has long been slated to film on Stage 24, the original Friends soundstage on the Warner Bros. Studio lot in Burbank, Calif., with Ben Winston directing and executive producing alongside Friends executive producer Kevin Bright, Marta Kauffman, and David Crane. The American sitcom was touted as one of the most popular ones and is still the talk of the town among fans, who are eagerly waiting to see their favorite stars back together.

The beloved sitcom followed the story of six friends in their 20s and 30s who live in Manhattan, New York City.