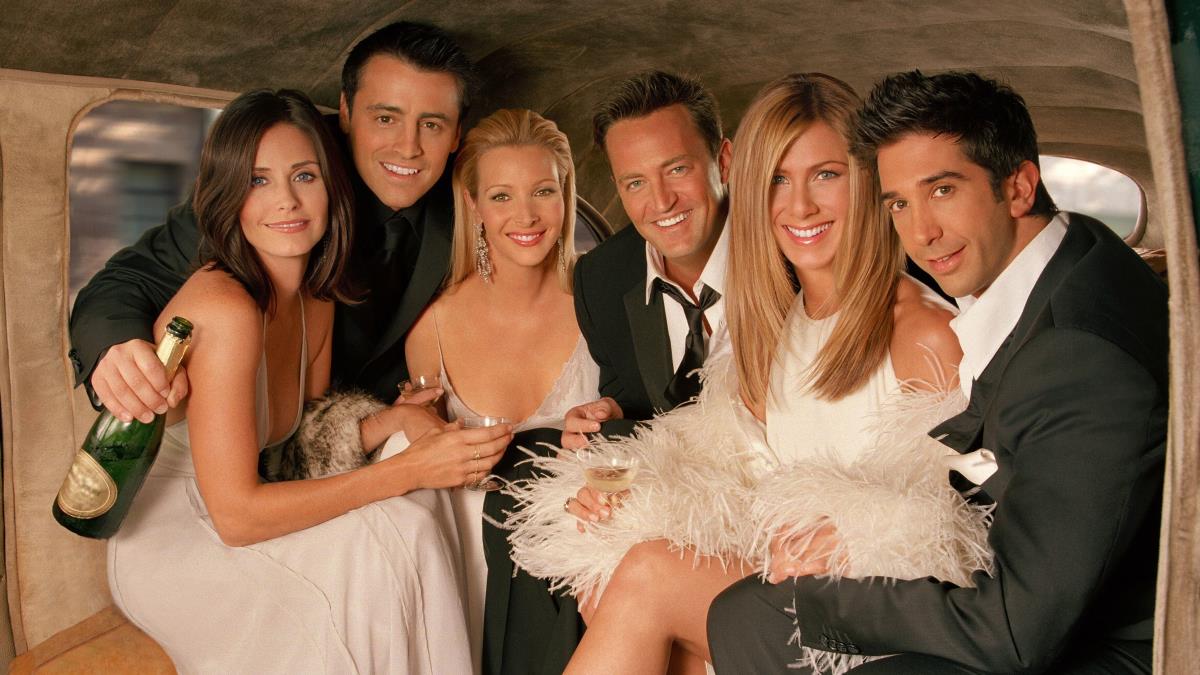 An unscripted Friends reunion special might be headed to HBO Max — the upcoming streaming service in the US from WarnerMedia, the parent company of Friends producer Warner Bros. Television — according to a new report. All of Jennifer Aniston, Courteney Cox, Lisa Kudrow, Matt LeBlanc, Matthew Perry, and David Schwimmer, who played Rachel, Monica, Phoebe, Joey, Chandler, and Ross on the hit sitcom, respectively, would participate in the Friends reunion on HBO Max, alongside series creators David Crane and Marta Kauffman. Neither HBO Max nor WBTV offered comment.

The Hollywood Reporter was the first to bring word of the potential Friends reunion special, claiming people familiar with the matter had told the publication that the six main cast members and the creators of the show were in talks to reunite. Though all of them have declined to do a scripted reunion in the past several times, sources say the fact they are reportedly “willing to do [an unscripted special] is an accomplishment in and of itself.” That said, it's still very early and the whole thing could easily fall apart. Even if they all agree, an additional challenge would be sorting out their schedules, says THR.

WarnerMedia Entertainment chairman Bob Greenblatt is said to be the “driving force” for a Friends reunion special, people familiar with the matter added, as he believes it will look good for HBO Max's debut in May 2020 in the US, which joins the streaming wars against the likes of Netflix, Amazon Prime Video, and the newly-launched Apple TV+ and Disney+. (HBO Max currently has no plans to enter India.) WarnerMedia has already paid $425 million (about Rs. 3,047 crores) for five years to get back the streaming rights for Friends in the US from Netflix. (Friends will stay on Netflix in India and other countries.)

A Friends reunion could be a nice boost in the beginning for HBO Max, which already has its work cut out in the US as the most expensive of the lot among the aforementioned four — $15 (about Rs. 1,075) per month.