Fourth Indian series in 2020 after The Forgotten Army, Afsos, and Pushpavalli season 2. 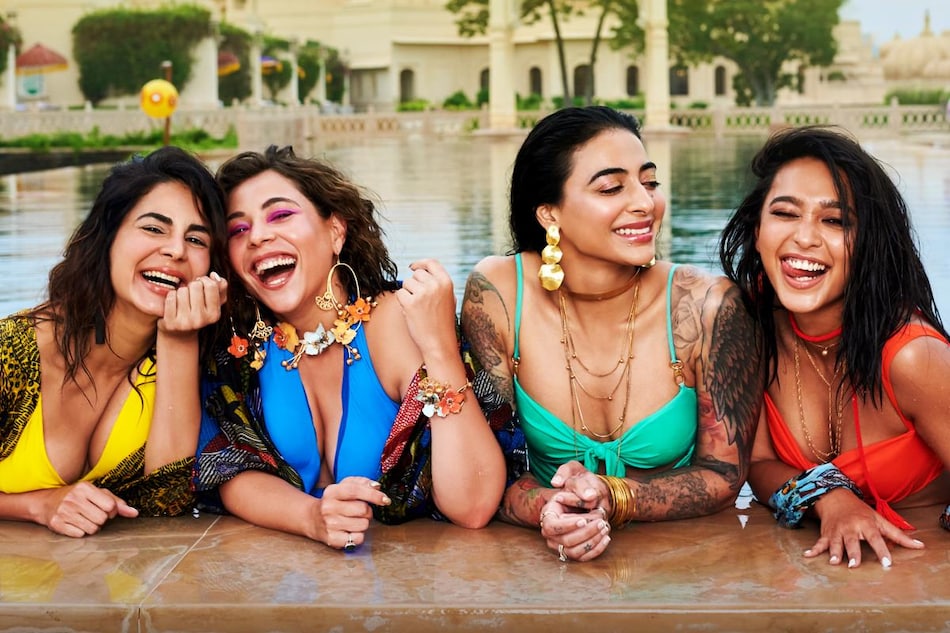 Four More Shots Please! was lambasted by most critics and viewers upon its debut on Prime Video in January last year. We called it shallow for its “pre-adult mentality'” criticised it for lacking nuance, not trusting the audience, and being unable to execute the powerful ideas it brought to the table, as it generally failed at everything it set out to do in its first season. Nevertheless, the show was renewed for a second season in June, when Asthana was also announced as director.

We got the first look at Four More Shots Please! season 2 back in January, when Amazon revealed that Rangita was now co-showrunner alongside her sister Ishita Nandy. Rangita and Ishita are daughters of veteran producer Pritish Nandy, who also produces the Amazon series through his banner, Pritish Nandy Communications.

For Amazon, Four More Shots Please! season 2 will be the fourth original series from India in 2020 after two lacklustre miniseries in the war drama The Forgotten Army from creator-director Kabir Khan, and the black comedy Afsos from comedian Anirban Dasgupta; and the upcoming second season of comedy-drama Pushpavalli from comedian Sumukhi Suresh, out March 13. Amazon has also had two stand-up specials from India in 2020, from AIB members Rohan Joshi and Ashish Shakya, with a third from Naveen Richard slated for March 20.

Realme Band Set to Go on Sale in India Today at 12 Noon: Everything You Need to Know
Twitter Applies Its New 'Manipulated Media' Label to Video Retweeted by Trump