Fast and Furious Male Stars Will Do Anything to Not Lose a Fight, Look Weak On-Screen: Report

In complete contrast to their characters. 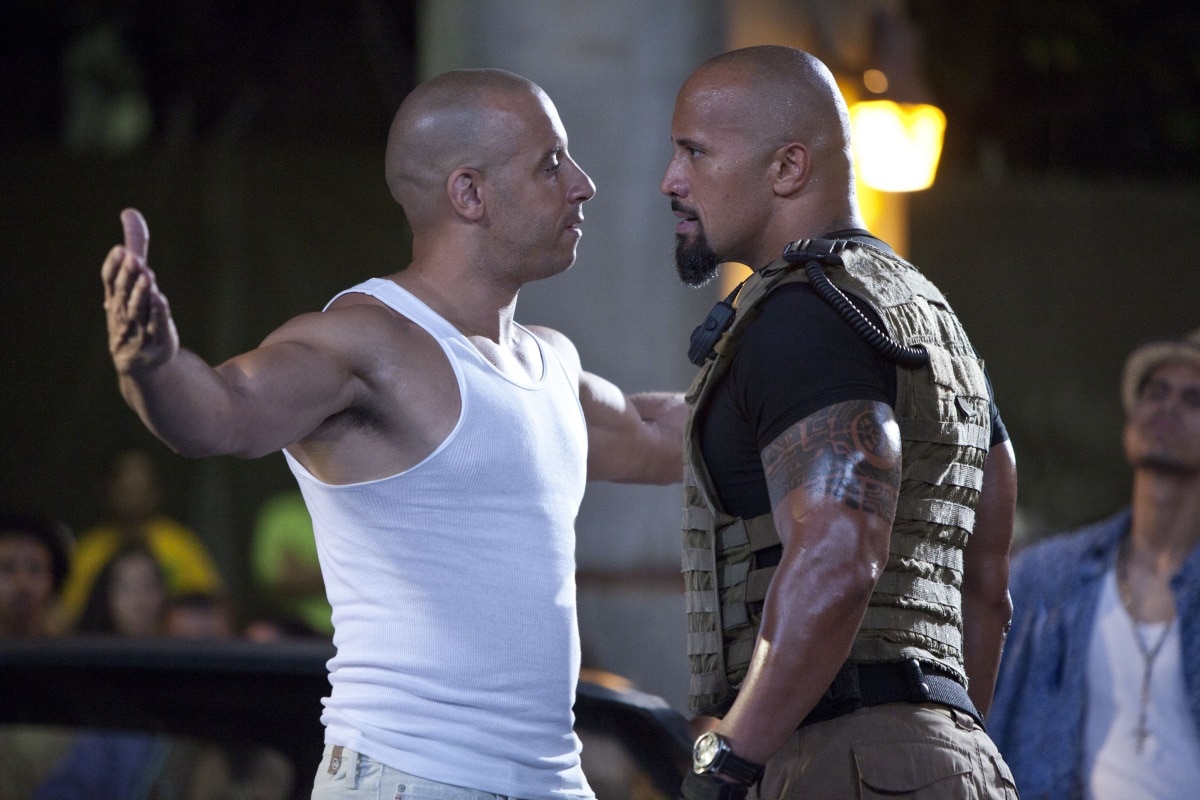 The Fast and Furious franchise is known for featuring “manly men” who continually project how tough they are and are willing to do anything it takes for their “family”, but a new report reveals that the male stars who portray them — chiefly Vin Diesel, Dwayne Johnson, and Jason Statham — might just be the opposite. They allegedly have very fragile egos and are known to keep track of how their on-screen fights unfold. That includes counting how many punches they take, making sure they return as many blows as their on-screen opponent, and essentially ensuring they never look weak during the film. Absurdly, this even extends to the character's body posture at times.

A new report from The Wall Street Journal takes us behind the scenes of the Fast and Furious franchise, examining what its male leads demand and how they — or their entourage — behave on set. Per WSJ, Diesel has his younger sister and producer Samantha Vincent keep count of the number of punches he takes. Johnson has enlisted producers, editors, and fight coordinators to “help make sure he always gives as good as he gets”. And Statham has it in his contract that “limits how badly he can be beaten up on screen”.

Diesel once even floated the idea of scoring each move in a fight scene, to ensure his character would never lose, but it was “eventually abandoned once everyone decided it was too complicated”. This still applies to the characters played by the male leads, which is why a fight between Johnson and Statham in Fast and Furious 8 was interrupted by a prison riot.

As for those aforementioned absurd demands, Johnson insisted in a scene for 2017's Fast and Furious 8 that his character should at least be sitting up if he was going to lying on the ground at Diesel's feet, per WSJ. It's worth noting that there's an ongoing feud between Diesel and Johnson, with the latter admitting last year they share “a fundamental difference in philosophies on how we approach movie-making and collaborating”. Per an earlier report, the two shot their scenes for Fast and Furious 8 separately, including a shared important moment, but the WSJ report seems to contradict that.

Elsewhere, Vincent once noted during a fight rehearsal that Diesel's character was “falling down right here” and asked “Is he going to get his licks back in?” Per WSJ, she voices her opinion during rehearsals and in the edit room. Statham is also known to “swing by the editing room to weigh in on fight scenes”, according to the report.

While the actors haven't publicly commented, a Universal Pictures spokesperson told WSJ: “Each Fast character is a hero to someone watching, and we never forget that.”

WSJ also noted that the fight scenes involving female stars in Fast and Furious — for instance, the one between Michelle Rodriguez and Ronda Rousey in Furious 7 — aren't concerned with “scorekeeping.”

The Fast and Furious franchise continues this week with the release of the first spin-off. Starring Johnson and Statham, Hobbs and Shaw is out now in India in English, Hindi, Tamil, and Telugu.

Vivo Mystery Phones Spotted on Geekbench With Up to 4GB RAM