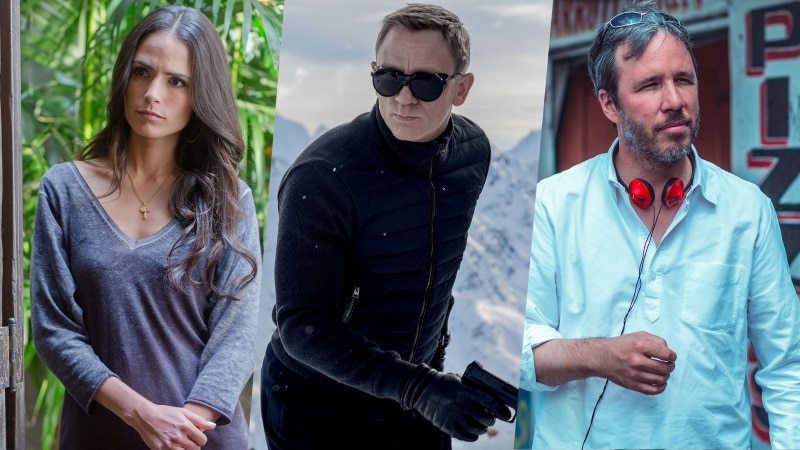 Jordana Brewster in Furious 7, Daniel Craig in Spectre, and Denis Villeneuve on the sets of Sicario

The as-yet untitled ninth chapter of Fast and Furious, the next James Bond movie, and Blade Runner 2049 director Denis Villeneuve's Dune reboot were all handed (new) release dates over the weekend, with the first two being moved by a month or two. Instead of April 10, 2020, Fast and Furious 9 will now open May 22, 2020. Bond 25, as it's currently called by insiders, shifts to take up that vacated spot, having been previously slated for February 14, 2020. Meanwhile, Dune, which has been rapidly closing out its main cast, now has a release date too: November 20, 2020.

Universal Pictures announced Friday that it had decided to push Fast and Furious 9 back a month to May 2020, which will reportedly have Justin Lin (Fast Five) back as director alongside star Jordana Brewster, who plays Mia Toretto, the sister to Vin Diesel's Dominic Toretto and the wife of the late Paul Walker's Brian O'Connor. Mia was last seen in Furious 7, which is the highest-grossing film in the franchise. Fast and Furious 9's new release date puts it in the same week as Godzilla vs. Kong — currently filming — which follows 2017's Kong: Skull Island and the upcoming Godzilla: King of the Monsters.

Before that, we have the first Fast and Furious spin-off — Hobbs and Shaw, featuring Dwayne Johnson and Jason Statham — out in August 2019. Johnson won't be part of Fast and Furious 9, he has said. There's also a female-centred spin-off in the works.

That brings us to the next James Bond film, and possibly the last one with Daniel Craig in the lead. It has been pushed back two months to April 2020, most likely owing to the hiring of new writer Scott Z. Burns (The Bourne Ultimatum), which was first reported by The Playlist on Saturday, claiming it would be “an overhaul”. Bond 25 could use the two additional months — Burns will spend “at least four weeks”, The Playlist says — and it's not the first time this has happened. When Cary Fukunaga was hired as director last September, it was pushed back a few months as well.

Fast and Furious 9 was moved to accommodate Bond 25, since they have a common distributor — Universal Pictures — which is handling distribution outside the US on the latter and obviously doesn't want the two films to clash with each other at the cinemas. Bond 25 is currently the only film marked for the April 10, 2020 weekend.