Fast & Furious 9 has been pushed a year to an April 2021 release date. 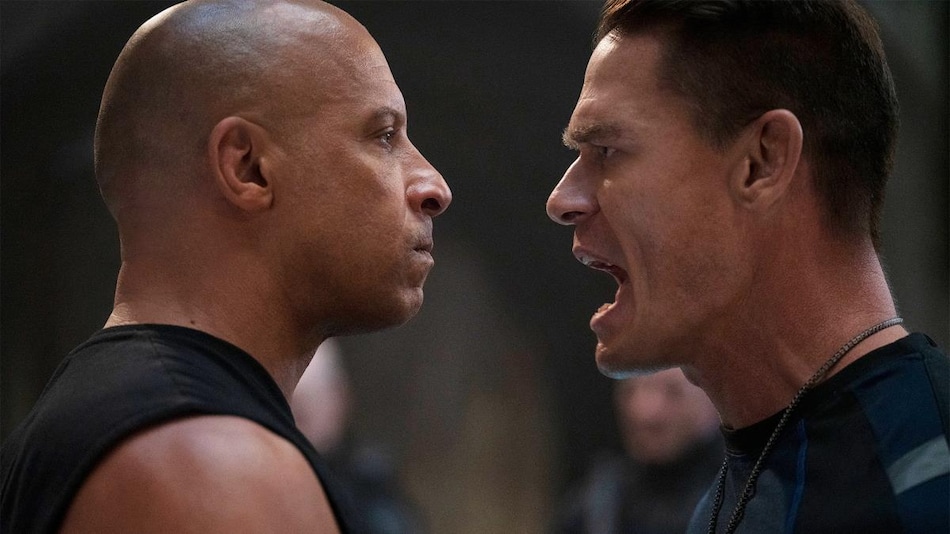 Vin Diesel as Dom, John Cena as Jakob in F9

F9 — better known as Fast & Furious 9 — has become the latest culprit of the ongoing coronavirus COVID-19 pandemic, with Universal Pictures announcing Thursday to push the film's release date by nearly a year. Instead of opening May 22 globally, F9 will now release April 2, 2021. It's far from the only movie that was pushed Thursday. Paramount Pictures has indefinitely delayed A Quiet Place Part II, the sequel to John Krasinski's horror hit, which was originally slated for March 19 in India. Disney has done the same for three of its titles: the live-action reimagining of Mulan (March 27), the X-Men horror spin-off The New Mutants (April 3), and the Guillermo del Toro-produced Antlers (April 17).

“We feel all the love and the anticipation you have for the next chapter in our saga,” F9 star and producer Vin Diesel said on the Fast & Furious official Twitter. “That's why it's especially tough to let you know that we have to move the release date of the film. It's become clear that it won't be possible for all of our fans around the world to see the film this May. […] While we know there is disappointment in having to wait a little while longer, this move is made with the safety of everyone as our foremost consideration. Moving will allow our global family to experience our new chapter together.”

Krasinski said on his Instagram: “One of the things I'm most proud of is that people have said our movie is one you have to see all together. Well due to the ever-changing circumstances of what's going on in the world around us, now is clearly not the right time to do that. As insanely excited as we are for all of you to see this movie, I'm gonna wait to release the film till we can all see it together.”

“As you know, this has been a rapidly evolving situation,” a Disney spokesperson said in a prepared statement. “We are postponing the releases of Mulan, New Mutants, and Antlers out of an abundance of caution.”

For both Disney and Universal, it's not just movie profits on the line. They have also closed their theme parks — including those in the French capital of Paris, and the US states of California and Orlando.