Fantastic Beasts: The Crimes of Grindelwald Gets First Trailer 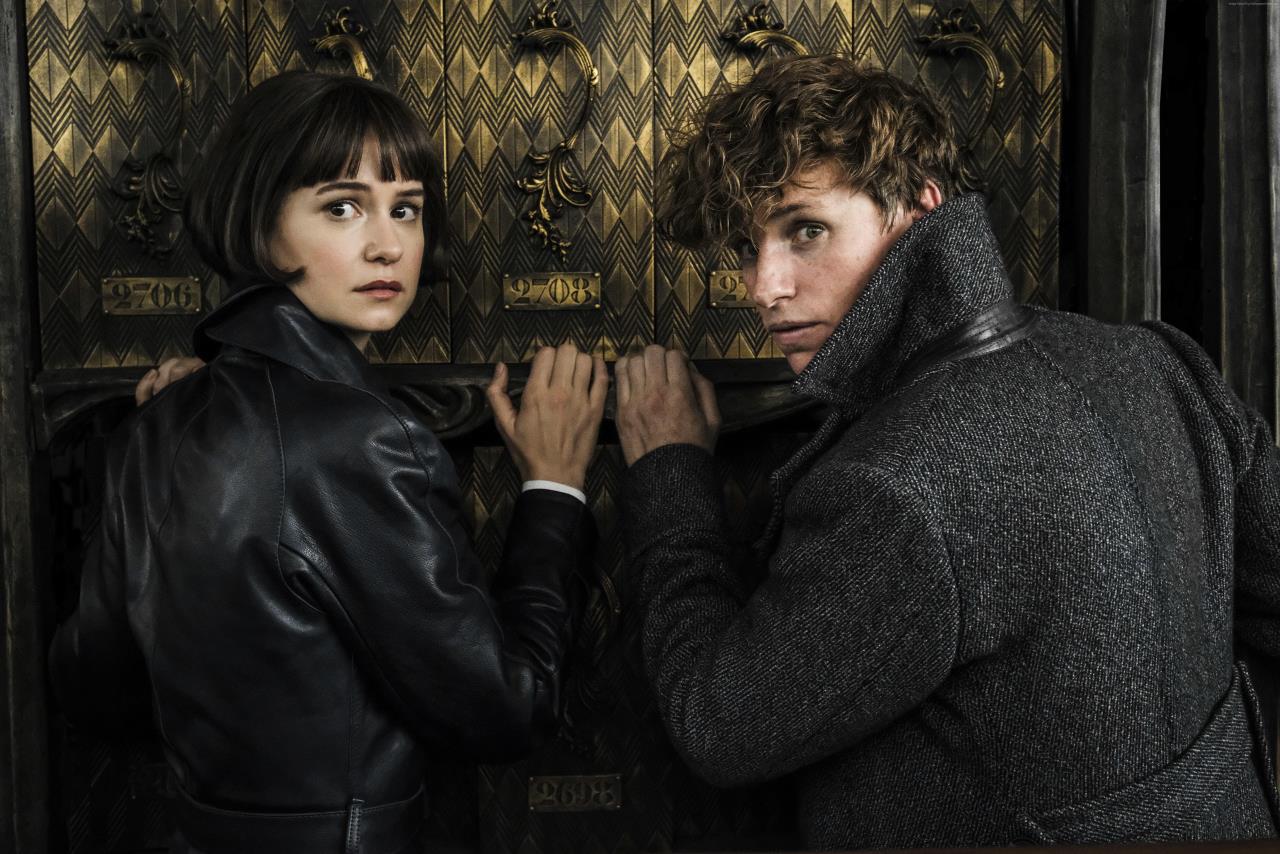 Katherine Waterston and Eddie Redmayne in Fantastic Beasts: The Crimes of Grindelwald

The first trailer for Fantastic Beasts: The Crimes of Grindelwald is here. Written by Harry Potter author J.K. Rowling herself, the second chapter in the Fantastic Beasts series returns to Europe, as the focus shifts to the rivalry between Albus Dumbledore (Jude Law) and his frenemy, the dark wizard Gellert Grindelwald (Johnny Depp), who was captured at the end of the first film with help from the self-proclaimed magizoologist Newt Scamander (Eddie Redmayne).

The new Crimes of Grindelwald trailer opens at Hogwarts, with Dumbledore being paid a visit by some Ministry folks, asking if he's put Scamander up to something. The sequel is set in the late 1920s, and takes place in the UK and Paris, after Scamander has published his book: Fantastic Beasts and Where to Find Them. Dumbledore enlists his help to thwart Grindelwald, who agrees unaware of what it'll bring.

Fantastic Beasts and Where to Find Them: Care of Magical Creatures, and a Brewing Dark Side

Returning cast in The Crimes of Grindelwald includes Tina Goldstein (Katherine Waterston), an Auror and Scamander's love interest, Jacob Kowalski (Dan Fogler), the WWI vet and a friend of Scamander whose memory was wiped after the events of the first film being a No-Maj, Queenie Goldstein (Alison Sudol), a Legilimens and sister to Tina who's also a love interest for Kowalski, and Credence Barebone (Ezra Miller), an abused adopted child whose Obscurus caused havoc in the first film.

Zoë Kravitz, who had a cameo as Leta Lestrange in Fantastic Beasts and Where to Find Them, will return for a bigger role in The Crimes of Grindelwald. Other supporting cast members include Callum Turner, Carmen Ejogo, and Claudia Kim. David Yates returns as director, having helmed the final four Potter films. James Newton Howard returns as composer.

Depp's casting has been the subject of much controversy and criticism in the light of the bigger #MeToo social movement sparked by revelations of sexual assault perpetrated by powerful men in Hollywood. Both Rowling and Yates have defended his casting, with the writer implying that fans don't have the full story owing to non-disclosure agreements, and the director dismissing Depp's ex-wife Amber Heard's claims and suggesting that talent excuses abuse.

Fantastic Beasts: The Crimes of Grindelwald will release November 16, 2018.