Please stand by for a live-action Fallout adaptation from Jonathan Nolan and Lisa Joy. 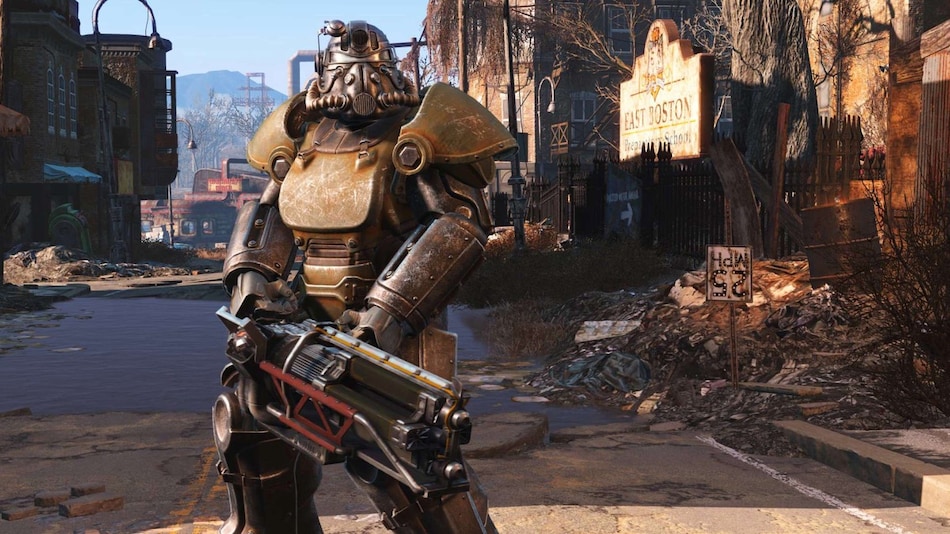 A still from Fallout 4

A Fallout series is headed to Amazon Prime Video. Westworld's husband-wife creator duo Jonathan Nolan and Lisa Joy are developing a TV show based on the over-two-decade-old post-apocalyptic video game series, which follows the survivors of nuclear annihilation a couple of centuries into the future. Fallout draws on the post-World War II fears of a nuclear war, and as such, it features an atompunk retro-futuristic setting. Amazon released a 20-second teaser to confirm the Fallout series, which draws on the same aesthetic as it reveals the companies attached to the adaptation.

“Fallout is one of the greatest game series of all time,” Nolan and Joy said in a joint prepared statement. “Each chapter of this insanely imaginative story has cost us countless hours we could have spent with family and friends. So we're incredibly excited to partner with [Bethesda Game Studios director and executive producer] Todd Howard and the rest of the brilliant lunatics at Bethesda to bring this massive, subversive, and darkly funny universe to life with Amazon Studios.”

Nolan and Joy will serve as executive producers on the Fallout series alongside Athena Wickham for Kilter Films, Howard for Bethesda Game Studios, and James Altman for Bethesda Softworks. Amazon's Fallout is a production of Amazon Studios, Kilter Films, Bethesda Game Studios, and Bethesda Softworks, with Lionsgate as an executive producer. Fallout is part of Nolan and Joy's overall deal at Amazon, which also includes an adaptation of William Gibson's “The Peripheral”, currently in pre-production.

First released in 1997, Fallout has produced a total of four mainline entries — the latest, Fallout 4, was released in 2015 — and several spin-off entries. All the mainline entries have been well-received by critics, though criticisms have grown under the stewardship of Bethesda. Sales have grown massively at the same time, with Fallout 4 making $750 million (about Rs. 5,600 crores) on opening weekend and going on to sell nearly 15 million copies. Fallout is particularly known by its mascot Vault Boy and the wrist computer Pip-Boy, both of which are recurring elements.

“Fallout is an iconic global franchise, with legions of fans worldwide and a rich, deeply compelling storyline that powers it,” Amazon Studios COO and TV co-head Albert Cheng added. “And Jonah and Lisa are the perfect storytellers to bring this series to life. We're thrilled to join with Bethesda to bring Fallout to television.”

“Over the last decade, we looked at many ways to bring Fallout to the screen,” Howard said. “But it was clear from the moment I first spoke with Jonah and Lisa a few years ago, that they and the team at Kilter were the ones to do it right. We're enormous fans of their work and couldn't be more excited to work with them and Amazon Studios.”

Fallout is reportedly being developed with a series commitment. That means if Amazon likes the scripts it gets from Nolan and Joy, it will have to order a full season.