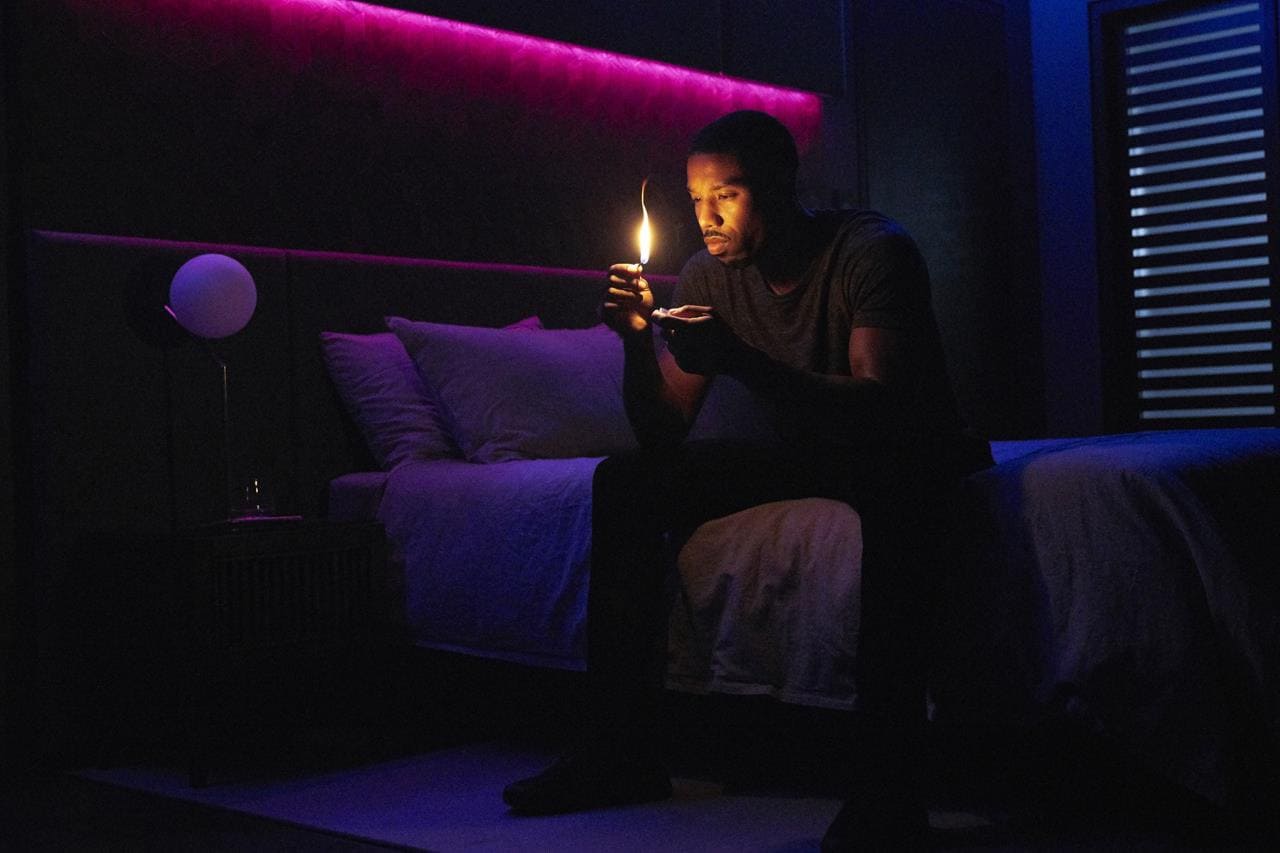 HBO has released the first official teaser for its feature film adaptation of Ray Bradbury's dystopian novel, Fahrenheit 451. It stars Michael B. Jordan – best known as Erik Killmonger in Black Panther, Marvel's latest movie – as the protagonist and fireman Guy Montag, and Michael Shannon – seen most recently as the villain in Oscar-nominated The Shape of Water – as his boss Captain Beatty.

The new Fahrenheit 451 teaser begins with a group of firemen responding to a call, armed with flamethrowers instead of water cannons, while Beatty asks off-screen: "Have you ever seen a physical book before? Do you wanna know what's inside? Insanity, chaos."

Cue shots of Montag setting fire to a bunch of books, and visiting children at an underground basketball court in school, where he says: "By the time you guys grow up, there won't be one book left," with pride in his voice. The children, either scared, motivated, or simply deluded, respond: "Yes, sir."

The teaser then gives us a peek of the Fahrenheit 451 world, with giant projections of fire, the new US flag, and a woman speaking on the side on buildings, a hologram of the bald eagle asking citizens to 'see something, say something', and a futuristic strip club where people wearing VR headsets move their hands about in the air, grasping at nothing real.

"A little knowledge is a dangerous thing," Beatty adds to the above shots. "News, facts, memoirs, Internet of old. Burn it." Later, he adds: "We are not born equal, so we must be made equal by the fire."

The teaser even gives us a glimpse of Clarisse, played by Sofia Boutella (Star Trek Beyond), who meets Montag on his nightly walk back home, and develops an interest in his work. HBO's Fahrenheit 451 also stars Lilly Singh (better known as IISuperwomanII on YouTube) as a vlogger, Laura Harrier (Spider-Man: Homecoming) as Montag's wife Millie, and Martin Donovan (Ant-Man) among others.

Bradbury's Fahrenheit 451 has been adapted on previous occasions, first by François Truffaut as a film in 1966, a one-off BBC Radio dramatisation in 1982, and a stage play written in 70s but premiered only in 1988.

The new HBO film – directed by Ramin Bahrani (Chop Shop, 99 Homes) – will be out in May. It'll most likely be available on Hotstar in India.