Spotify Teams Up With Facebook to Let Users Play Music, Podcasts on the Social Network App

The new Spotify-Facebook integration is rolling out in 27 markets, with more countries to be added soon. 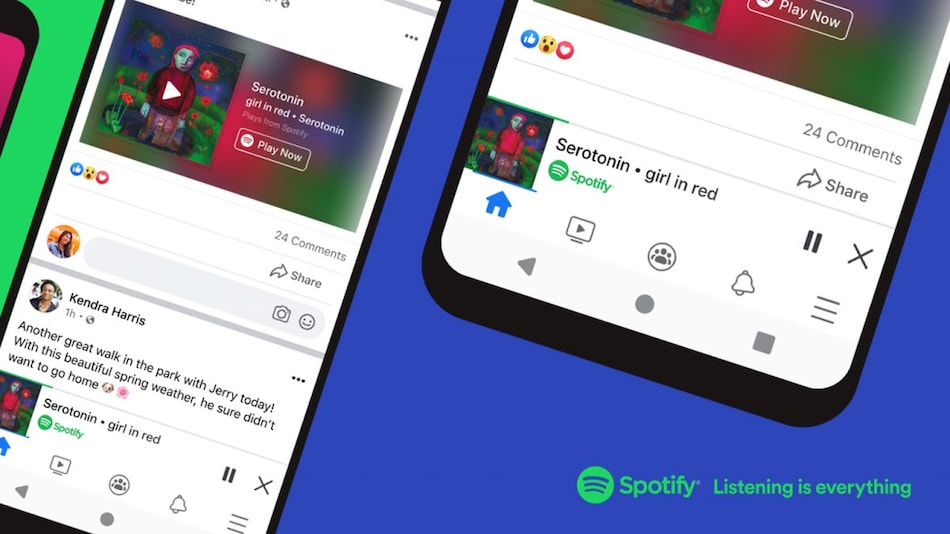 Spotify on Monday said it has partnered with Facebook to allow listeners to play music and podcasts directly from the social network's iOS and Android apps.

Facebook last week said it planned to launch several audio products, including Clubhouse-style live audio rooms and a way for users to find and play podcasts.

The new integration is rolling out in 27 markets, including the US and Canada, with additional markets to follow in the coming month, Spotify said in a statement.

Spotify's paid subscribers would be able to access full playback without advertisements and without leaving the Facebook app.

Both Spotify and Facebook have been fighting Apple on different fronts, from privacy changes on iOS devices to the 30 percent fee levied on app developers to use the iPhone maker's in-app purchase system.

Moto G60 to Go on Sale in India Today for the First Time at 12 Noon: Price, Specifications