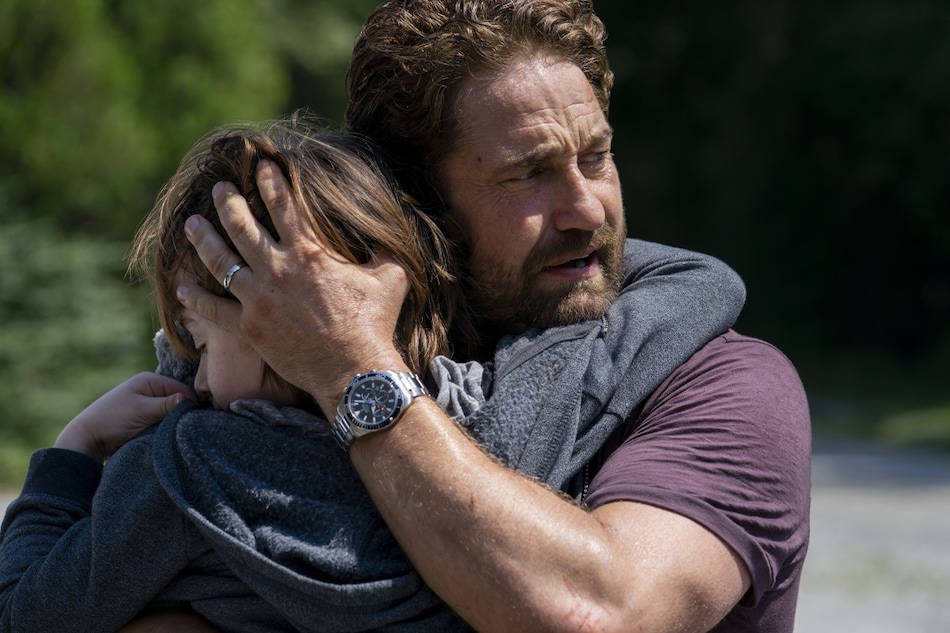 Eros Now has announced “First Day, First Show”, a pay-per-view branch of its streaming service that will offer Hollywood movies directly on its online platform in India. At least 10 films will be released as part of Eros Now's “First Day, First Show” offering over the next 18 months, starting with the Gerard Butler-led disaster film Greenland in March. Every title available as part of Eros Now's premium video on demand section will cost Rs. 149 apiece. You won't need an Eros Now subscription to access “First Day, First Show” titles. The movies come from the Hollywood studio STX Entertainment, that recently merged with Eros International to form ErosSTX.

In doing so, Eros Now becomes the second major Indian streaming service to premiere movies directly online. Back in October, Zee was the first to experiment with this unproven model in India with Zee Plex. Studios have been a lot more aggressive in mature markets such as the US. Indie titles have been regularly released on pay-per-view platforms since the start of the pandemic last March. Disney offloaded the $200-million (about Rs. 1,456-crore) Mulan onto Disney+ Premier Access in September, and is set to do the same thing with the upcoming Raya and the Last Dragon.

AT&T-owned WarnerMedia has gone a step further, premiering all of its 2021 Warner Bros. titles on HBO Max as part of the subscription service. But while Disney and Warner Bros. will offer their titles in cinemas too, Eros Now told Gadgets 360 that all the “First Day, First Show” films will “currently” only be offered on its streaming platform in India.

Incidentally, “First Day, First Show” was the name of a similar initiative (albeit for Bollywood films) proposed by Reliance Jio back in late 2019. It was met with severe backlash as it would disrupt the theatrical model, that has currently taken a backseat thanks to the ongoing COVID-19 pandemic. Studios have more leeway to try out these strategies, as cinemas do not have the same bargaining power they once did. Of course, it's another matter entirely that most of Eros Now's “First Day, First Show” titles would likely never have gotten an Indian release to begin with.

Greenland — released back in December in the US through video on demand — will be followed by the adventure thriller Horizon Line, starring Alexander Dreymon, Allison Williams and Keith David. Horizon Line premiered earlier in January in the US, also via video on demand.

The comedy Queenpins is also part of the list. It stars Kristen Bell, Kirby Howell-Baptiste, Vince Vaughn, Paul Walter Hauser, Dayo Okeniyi, Joel McHale, Nick Cassavetes, and Bebe Rexha. Aron Gaudet and Gita Pullapilly are the directors. Queenpins began filming in October, so don't expect it for a while.

Then there's the action thriller Copshop, also led by Butler. It wrapped up production back in November. Joe Carnahan directed and co-wrote the film.

Alicia Vikander stars in the adaptation of The Marsh King's Daughter, though there hasn't been any concrete news on the film since early 2018 when Vikander was cast. Morten Tyldum is set as director, with Elle Smith and Mark L. Smith as writers.

Devotion is a big-budget US Korean war epic that stars Jonathan Majors, Glen Powell, Christina Jackson, Joe Jonas, and Thomas Sadoski. JD Dillard is directing off a screenplay by Jake Crane and Jonathan A. Stewart, based on the book by Adam Makos. Devotion begins filming in February.

Angelina Jolie and Christoph Waltz were in talks back in October to star in Every Note Played, a drama based on the Lisa Genova novel. Michael Sucsy is set to direct, with Monet Clayton (also producer) having written the adaptation with David Mandell.

That leaves the Liam Neeson action crime thriller Memory that comes from director Martin Campbell (Casino Royale). The writer Dario Scardapane adapted it off Dutch film The Memory of a Killer.

ErosSTX India CEO Pradeep Dwivedi said in a prepared statement: “With cinema halls working on the best possible ways to open doors for movie enthusiasts amidst the pandemic, ‘First Day, First Show' on Eros Now provides an opportunity for viewers to opt for the best of entertainment in the comfort of their own homes. The Eros STX merger enables us to offer premium content for our global audience base and Greenland is a first of many such exciting titles to be presented this year.”

John Friedberg, ErosSTX International president added: “Eros Now's new IP ‘First Day, First Show' reiterates our commitment towards providing real value to our audiences. We want to continue bringing compelling content, expand audience engagement and add novelty to the platform by refreshing the service continually. ‘First Day, First Show' is yet another initiative towards our promise of a one stop destination for all things entertainment.”