The Netflix film is on its way, even as it’s involved in a lawsuit. 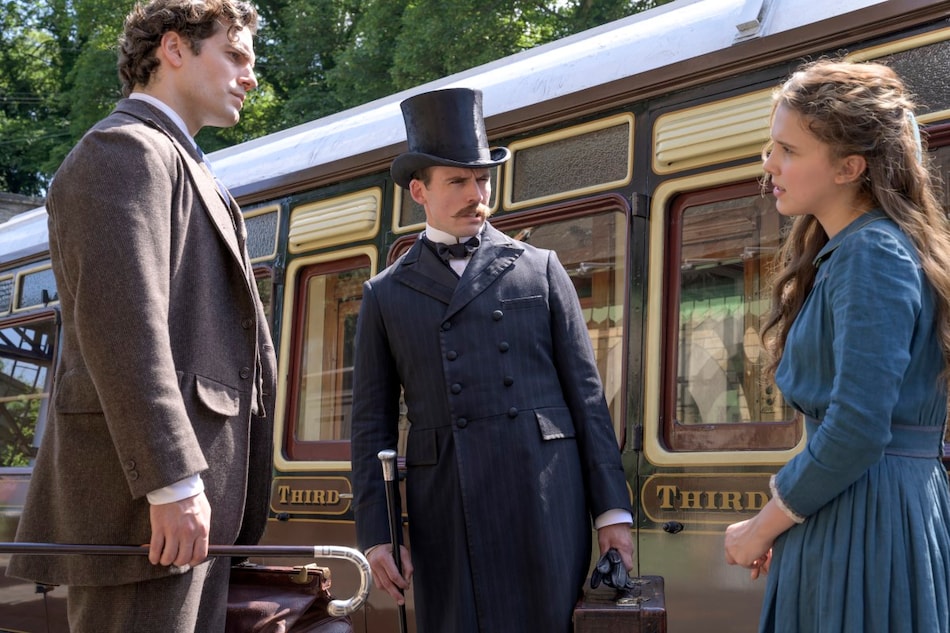 The Enola Holmes trailer is here. No, that's not a misspelling, the film is about Holmes' teenage sister. Netflix has unveiled a two-and-a-half-minute trailer for Enola Holmes, with Stranger Things star Millie Bobby Brown playing the titular teenager, who becomes a detective in her own right after her mother (Helena Bonham Carter) — whom Enola describes as “her whole world” in the Enola Holmes trailer — goes missing on the morning of Enola's sixteenth birthday. Based on Nancy Springer's book series of the same name, Enola Holmes also involves her elder brothers Sherlock (Henry Cavill) and Mycroft (Sam Claflin).

Brown frequently breaks the fourth wall and continuously narrates the Enola Holmes trailer, informing us that her name is the reverse of “alone” and that her brother Sherlock is, “yes, the famous detective, my genius brother. He will have all the answers.” Unfortunately, his answer — or rather, more Mycroft's, it seems — is to put Enola up in a finishing school and make a “proper lady” of her. But Enola escapes their clutches and heads to London to look for her mother. To stay hidden from her intelligent brothers, Enola does the least expected thing: she becomes a lady. What follows is a different YA kind of Holmes adventure.

Enola Holmes has also been the subject of a (hilarious) lawsuit filed by the Conan Doyle Estate, who manage the affairs of the late Sir Arthur Conan Doyle, the creator and author of Sherlock Holmes character and books. While the Estate has lost control over much of the work as it has passed into the public domain, the last 10 books published between 1923 and 1927 are still copyrighted. In their complaint, the Estate alleged that the film violates said copyright because it shows Sherlock to have emotions, which he only developed after the author lost his eldest son in World War I.

Here's the official synopsis for Enola Holmes, from Netflix:

“England, 1884 — a world on the brink of change. On the morning of her 16th birthday, Enola Holmes (Millie Bobby Brown) wakes to find that her mother (Helena Bonham Carter) has disappeared, leaving behind an odd assortment of gifts but no apparent clue as to where she's gone or why. After a free-spirited childhood, Enola suddenly finds herself under the care of her brothers Sherlock (Henry Cavill) and Mycroft (Sam Claflin), both set on sending her away to a finishing school for ‘proper' young ladies.”

“Refusing to follow their wishes, Enola escapes to search for her mother in London. But when her journey finds her entangled in a mystery surrounding a young runaway Lord (Louis Partridge), Enola becomes a super-sleuth in her own right, outwitting her famous brother as she unravels a conspiracy that threatens to set back the course of history. Based on the beloved book series by Nancy Springer, Enola Holmes is a dynamic new mystery-adventure that introduces the world's greatest detective to his fiercest competition yet: his teenage sister.”

Enola Holmes is out September 23 on Netflix in India and elsewhere.

Nintendo Switch Next Generation Coming in 2021: Report
Microsoft Word on the Web Gets a Voice to Text Transcribe Feature to Counter Google Docs, Otter.ai