Doctor Who Gets First Trailer at San Diego Comic-Con 2018 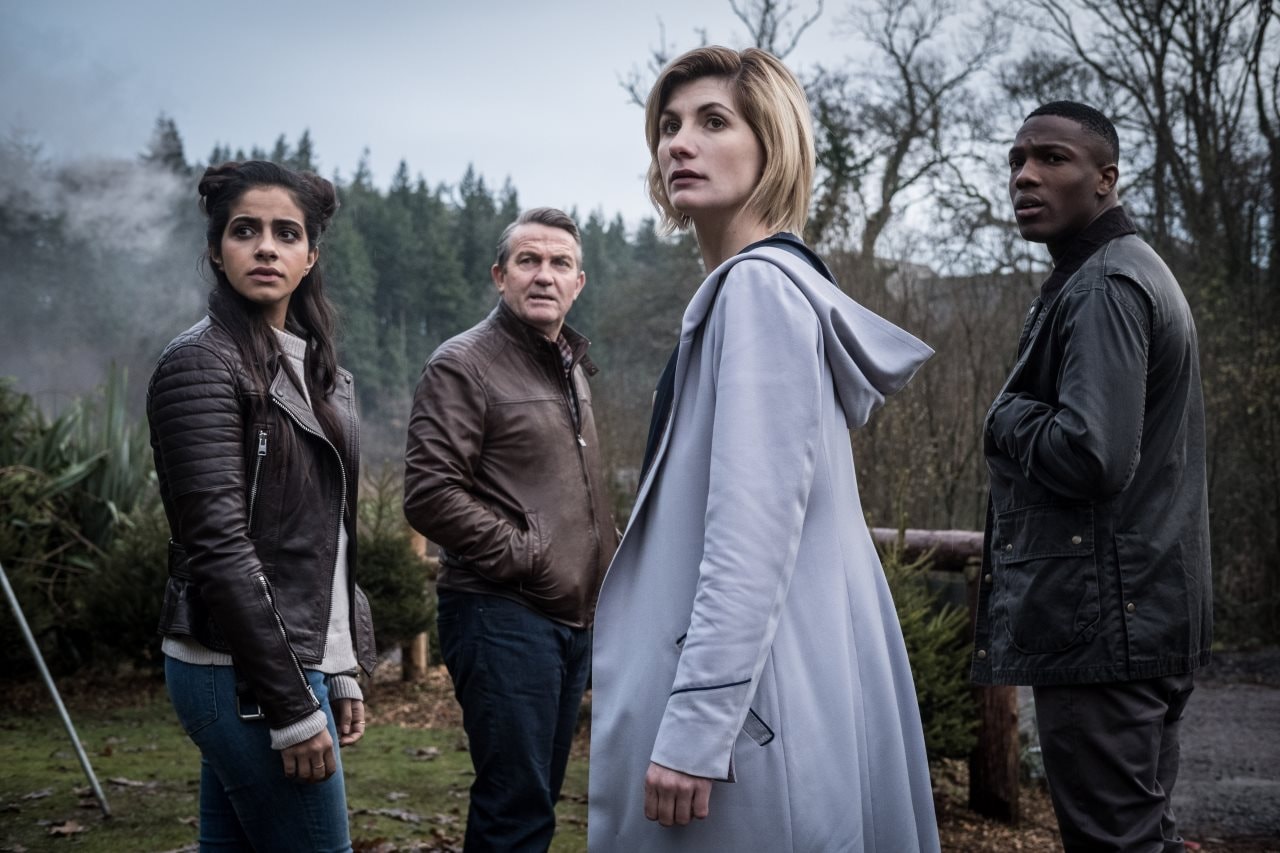 At San Diego Comic-Con 2018, BBC unveiled the first trailer for Doctor Who series 11, which is set to introduce Jodie Whittaker (Broadchurch) as the Thirteenth Doctor. The first episode will air in October.

The new Doctor Who trailer gives fans a peek at what Whittaker's Doctor will be up to, alongside her new companions Graham (Bradley Walsh), Ryan Sinclair (Tosin Cole), and Yasmin Khan (Mandip Gill). The 40-second clip carries a voiceover from the new Doctor: "All of this is new to me. New faces. New worlds. New times. So if I asked really, really nicely, would you be my new best friends?"

BBC had earlier released a 50-second teaser during the 2018 FIFA World Cup final on Sunday, setting the stage for a bigger reveal at Comic-Con, where the cast and crew appeared to discuss the eleventh season in Doctor Who's revival era.

The Doctor Who panel included stars Whittaker, Cole, and Gill as well as new showrunner Chris Chibnall (Broadchurch) who is taking over from Steven Moffat (Sherlock) in the role of head writer and executive producer, and fellow executive producer Matt Strevens.

Doctor Who will have a shorter run in its upcoming season, with just 10 episodes instead of the usual 12 or 13. The season premiere – set to air in October – will run just over an hour, while all other episodes will run about 50 minutes in length. There will also be a Christmas special, which is not part of the 10-episode order.

Directors for the new season include Jamie Childs (episode one and seven), Sallie Aprahamian (two episodes), Jennifer Perrott, and Wayne Yip among others.

Doctor Who series 11 begins in October on BBC One in the UK and BBC America in the US. Though an Indian broadcaster has yet to be announced, chances are it'll either be Amazon Prime Video or Hotstar, where the last 10 seasons are available.