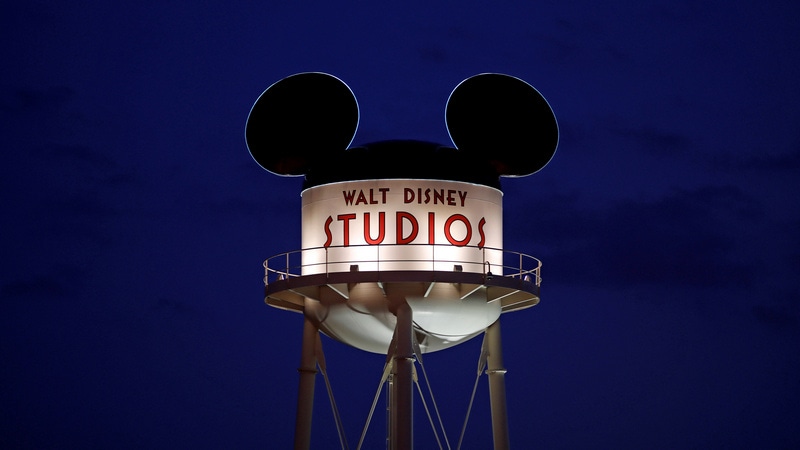 For nearly two years, the entertainment industry has talked about, fretted over, lamented and lauded the streaming efforts of Disney, one of the country's most established legacy content firms.

On Thursday, it finally offered a glimpse into what all the murmuring was about.

"A core tenet since Walt Disney founded the company is to create change and not just sit back and watch it happen," Disney chief executive Robert Iger said, addressing a so-called "Investor Day" on the studio's lot. "Borrowing from one of Walt's greatest strengths takes courage," he added, noting that the service, called Disney+, will demonstrate a lot of that.

It's easy to understand why interest in Disney's streaming service has swirled since the mid-2017 announcement. Disney is the dominant entertainment firm of our time, producing and releasing blue-chip content from Marvel to Pixar to Lucasfilm. And after watching Netflix build an empire in part on the back of Disney's own library, it's striking back.

A legacy company has not taken on a world that has been dominated by Silicon Valley, not like this.

There's Hulu, aggregating the content of the biggest content providers (including Disney) with a sprinkling of new shows. (The service was part of Disney's investor-day promotion.) And there's CBS All Access, which has gone for a piece of the streaming business with its own shows. But a single company bringing everything in-house and soliciting consumers the way Disney is remains new.

The service will focus on high-end brands such as Star Wars and Toy Story more than on Netflix's volume business. Disney+ will be, for instance, the home for all theatrical movies released by Disney. It will also eventually be the home for its classic film library (still living in other places under current deals).

The company on Thursday offered some more details on how it would carry outs its plans.

The company said that Roku and Playstation are the platforms where Disney+ will certainly be available, with "a full array of platforms in place" come launch.

It also showed off the interface, which appears pretty straightforward - five tiles for its five content pillars on its home-screen. Users are able to click on one of them and then a few of the new and original titles. That marks a contrast to Netflix and other services which rely on a much larger mix of titles and search functions and algorithms to find them.

Disney+ will launch with plenty of originals: 25 new episodic series and 10 movies in year one. By year five the former will go to 50 but the movie number will remain constant, executives said.

The presentation saw chiefs of various divisions offering details on what will be available on the service.

Lucasfilm chief Kathleen Kennedy, for instance, said that "the first two trilogies plus Force Awakens and Rogue One" will be available on day one of Disney+ with "remaining titles to come within the first year, including Star Wars: Episode IX.

Marvel head Kevin Feige, meanwhile, unveiled details of a "What If" series that will ask such questions as what if Peggy Carter took the serum instead of Steve Rogers. Captain Marvel will be available on "Day One" of Disney+, along with Iron Man and other golden oldies, Feige said.

Disney+ chief Kevin Mayer said that "all content will be downloadable and accessible offline on an unlimited basis" as long as people remain subscribers.

And Disney+ will be The Simpsons' streaming home, with all 30 seasons available at launch.

Disney CFO Christine McCarthy said that Disney+ will probably lose money between now and 2023, "peaking" between 2020 and 2022. Profitability can be expected in 2024, she said.

Despite those losses, the company is betting that the cost, and the popularity of its offerings, will induce high number of subscriptions. There will be no free ad-centric option, Mayer said. "For Disney, these brands at this time, no ads is the right call," he said.

The event follows Apple's revelation of its streaming plans several weeks ago at a similar public gathering at its own headquarters in Northern California. The contrasts between the two presentations were striking. Apple was high on flash and low on information. Disney was basically the opposite.

But broader uncertainties remain. Not yet determined is whether Disney really has the nimbleness and digital savvy to pull off the movie. Or is it exactly the right move, if entertainment should indeed be dominated by the people who know it best and have done it longest.

Also not known is how much Disney+ will disrupt the streaming business generally. Many people subscribe to Netflix because of the sheer breadth of its offerings - the company throws so much at the wall, and there is something in it for everyone (or, at least, 140 million subscribers worldwide).

Disney is trying a different tack to reach those massive amounts of people: offer just a few things, but make sure it's the kind of Star Wars-ian content everybody wants - and at a low cost.

Can Disney, with the help of its new shiny offerings, wean people off one or more of those services? Or, better yet for the industry, can it grow the market and the average number of services to which people subscribe?

Iger alluded to the advantage over Netflix, saying that the company's many intellectual properties is a "foundation, one that no other content or technology company can rival."

Disney is also going up against a content well of Netflix that is deep and wide. Iger suggested that Disney's history made some of that advantage moot.

"Today's presentation is aimed at showing you where we're going," he said. "But it's also important to remind you we're starting from a position of strength, confidence and unbridled optimism."