Netflix and Disney+ both saw numbers boom under the lockdown lifestyles brought about by the coronavirus-induced pandemic. 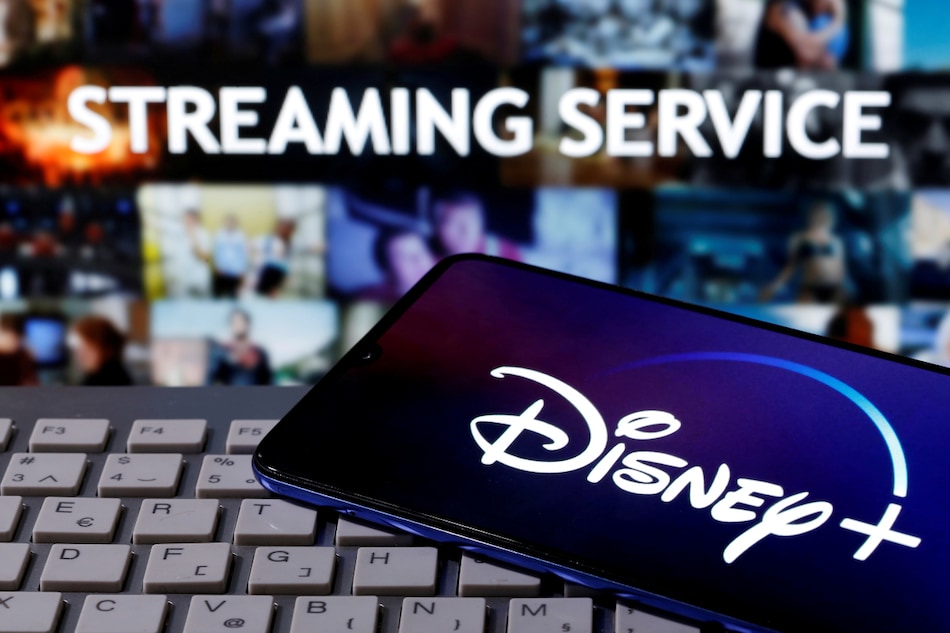 The streaming television race is heating up, with Disney showing Wednesday it is closing the gap with market leader Netflix, whose stride has slowed.

The US entertainment giant blew past expectations for new subscribers to its flagship streaming service Disney+, whose big studio muscle helped it reach 129.8 million subscribers worldwide, some five million more than analysts had predicted.

Netflix ended the year with 221.8 million subscribers, a massive number, but it announced slowing growth.

"We certainly understand the pie is big enough for both companies to succeed," CFRA analyst Tuna Amobi said of the streaming rivals.

"What is undeniable is the competition has gotten more intense."

Netflix and Disney+ both saw numbers boom under the lockdown lifestyles brought about by the pandemic.

"Our unmatched collection of assets and platforms, creative capabilities, and unique place in the culture give me great confidence we will continue to define entertainment for the next 100 years," Walt Disney Company CEO Bob Chapek said in an earnings statement.

The company, with an empire that stretches from movies to theme parks and also includes streamers Hulu and ESPN+, reported profit that topped forecasts on revenue which surged to $21.8 billion in the final three months of 2021.

Disney has a huge pipeline of content and big name franchises such as Marvel and Star Wars, while Netflix has found success investing in original content from Hollywood and beyond.

"These results speak volumes for Disney's storied brands and its ability to rise above the competition in an increasingly crowded digital media market," wrote Insider Intelligence analyst Paul Verna.

Like the Prime video streaming service fielded by Amazon, Disney is copying Netflix's tactic of investing in local content that appeals to the language, culture, and tastes in respective international markets.

"We have created a new organization in the company to shepherd development of that content" and hope to get "some global hits" out of locally produced content, Disney's Chapek said.

Netflix has made that approach work, backing original blockbusters such as "Squid Game" from South Korea and France's Lupin.

Disney said it has some 340 programmes in the works outside the United States that are expected to be delivered in the next 18 to 24 months.

Shows or films made in various countries by local talent has been a strength for Netflix, which is relying on international markets for growth now that it is firmly entrenched in US households.

Disney, based in Southern California, is present in only about 60 countries, against more than 190 for Netflix, but aims to add 100 more by 2023.

Disney+ subscriptions could further close the gap with Netflix once it enters all those countries, according to Amobi.

In India alone, Netflix, Disney, and Amazon are rivals in a market which last year was reported to have some 60 million to 70 million paying subscribers.

International growth, though, comes with the caveat that subscription prices tend to be much lower than what is charged in the United States.

Netflix did not hesitate to lower its prices in India at the end of last year, to remain competitive.

Disney relies on subsidiary Hotstar in India, where revenue per subscriber is lower than in other countries where its streaming service is established.

With just shy of 74 million total subscribers, more than half of them in the United States, HBO and its HBO Max service lack the firepower of Amazon, Disney, and Netflix.

A planned marriage with Discovery+, expected to be finalised by mid-year, could ignite momentum for HBO.

NBC-owned Peacock along with Paramount+ and even Apple TV are, for the time being, distant runners-up to the top contenders.

"The pandemic accelerated those tailwinds. The question is, coming out of the pandemic how many of those winds could reverse?"

"There's more competition than there has ever been," Netflix chief executive Reed Hastings said recently.

Overall, he added, there is confidence that traditional television withers away in the next 10 to 20 years, with streaming becoming the new norm.