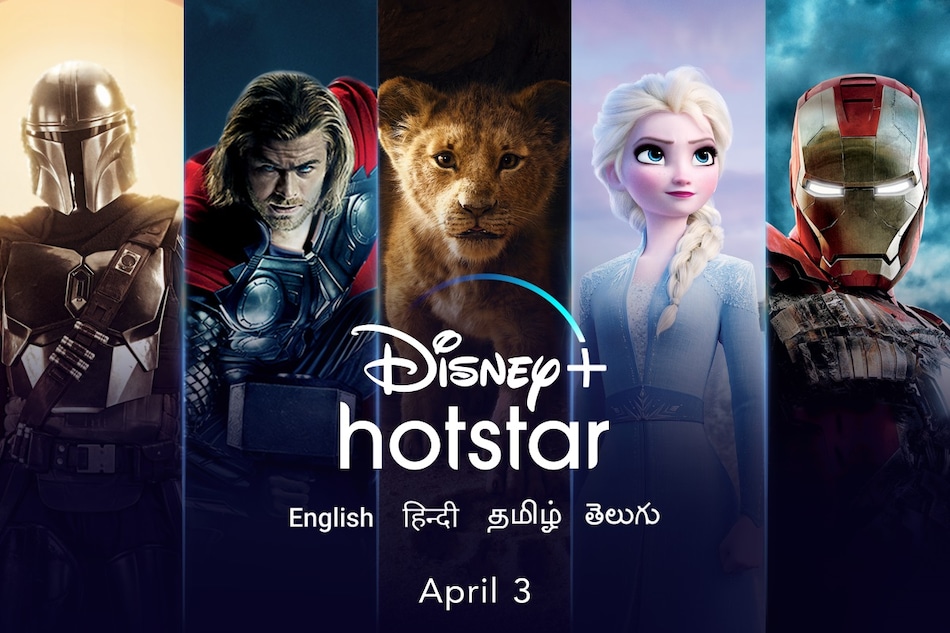 The new April 3 launch date for Disney+ Hotstar is an interesting pick, given it was indefinitely pushed from its originally scheduled March 29 date. That's resulted in less than a week's worth of delay in total. That's naturally been brought on by the ongoing COVID-19 pandemic — as was the delay — which has given rise to social distancing and more people staying at home, something Hotstar acknowledged in its new Disney+ Hotstar launch date announcement. Disney+ has already made use of this internationally, releasing Frozen 2 earlier than usual. The new Pixar movie, Onward, is slated to arrive April 3 on Disney+ in the US, and that might happen on the same day for Indians too.

And in more good news, Hotstar says that Disney+ Hotstar subscribers will get unlimited downloads for Disney+ content, up from the stupid five episode and movie limit that has been imposed so far. On top of that, Disney+ Hotstar will feature a brand-new navigation section, with new “channels” for Disney, Pixar, Marvel, Star Wars, and National Geographic. Gadgets 360 first reported on this when the new Disney+ Hotstar rebranding had (temporarily) taken affect.

To kick off the launch, Disney+ Hotstar will host a virtual red carpet — virtual due to the pandemic no doubt — on Thursday, April 2, where The Lion King live-action remake will be premiered at 6pm, followed by The Mandalorian at 8pm. You can already watch both by yourself if you don't wish to join in the forced festivities. If you do join in, you'll get to interact with other Disney+ Hotstar users, sharing messages, photos, and badges, and select unnamed celebrities.

“With the success of Hotstar, we ushered in a new era for premium video streaming in India,” Disney APAC president and Star & Disney India chairman, Uday Shankar, said in a prepared statement. “Today, as we unveil Disney+ Hotstar, we take yet another momentous step in staying committed to our promise of delivering high-quality impactful stories for India that have not only entertained but also made a difference in people's lives, a promise that is even more meaningful in challenging times such as this. We hope the power of Disney's storytelling, delivered through Hotstar's technology, will help our viewers find moments of comfort, happiness and inspiration during these difficult times.”