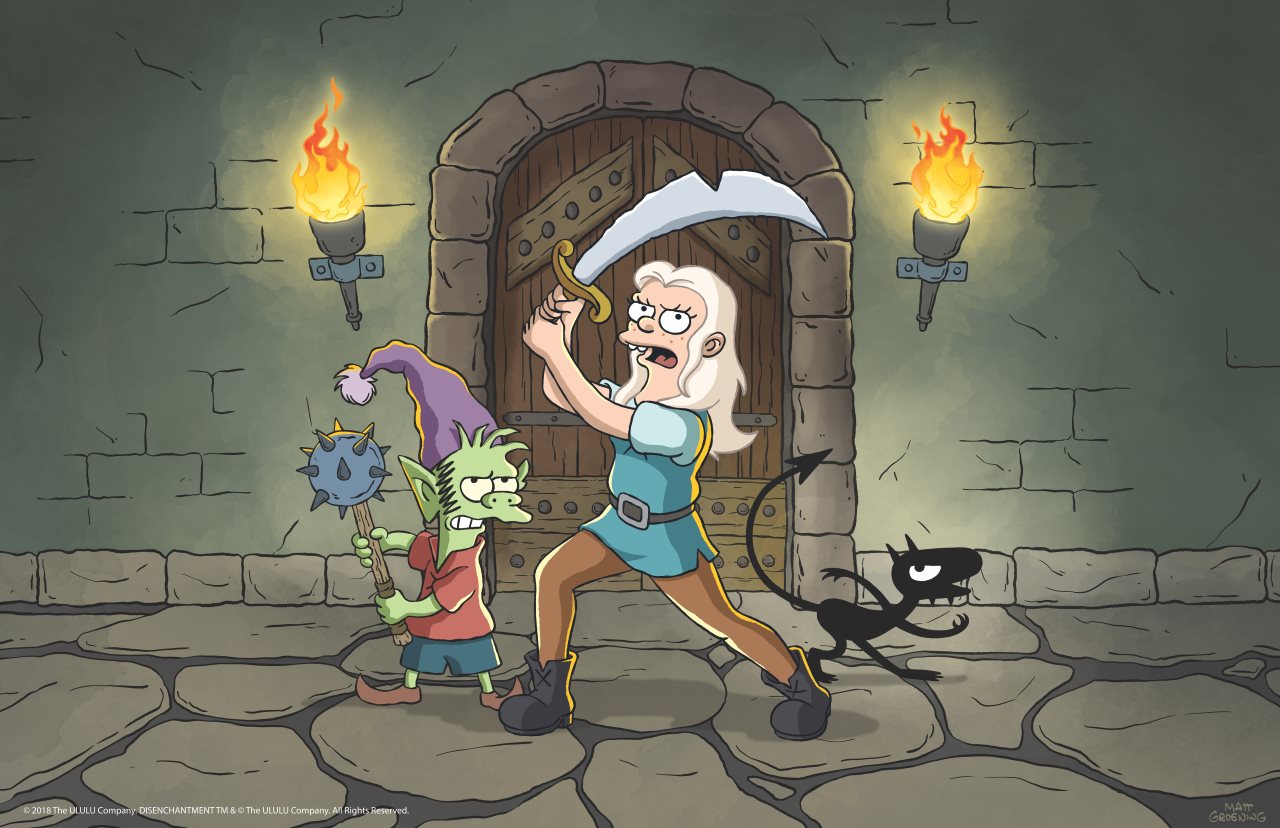 Netflix has released the first teaser trailer for Disenchantment, the upcoming animated series from The Simpsons creator Matt Groening. Though it centres on a trio, the new 30-second clip only has time for its human lead, a hard-drinking young princess named Bean, who will be voiced by Broad City's Abbi Jacobson.

As for its animation style though, Disenchantment takes after Futurama, which makes sense given the same animation outfit – Rough Draft Studios – is working on the Netflix adult fantasy series. A bunch of Futurama voice stars are also part of Disenchantment, including Billy West, John DiMaggio (he voices Bean's father), Tress MacNeille, Maurice LaMarche, and David Herman.

Groening is best known for the aforementioned The Simpsons, which finished its 29th season this year. Though it broke the record for the longest-running scripted series in April, the show been under the spotlight for its poor handling of the Apu controversy, brought into examination by Hari Kondabalu in his documentary, The Problem with Apu.

Not only did The Simpsons deliver a tone-deaf response in an episode, Groening defended his writers' choices instead of acknowledging their mistakes: "I'm proud of what we do on the show. And I think it's a time in our culture where people love to pretend they're offended."

Disenchantment is out August 17 on Netflix.