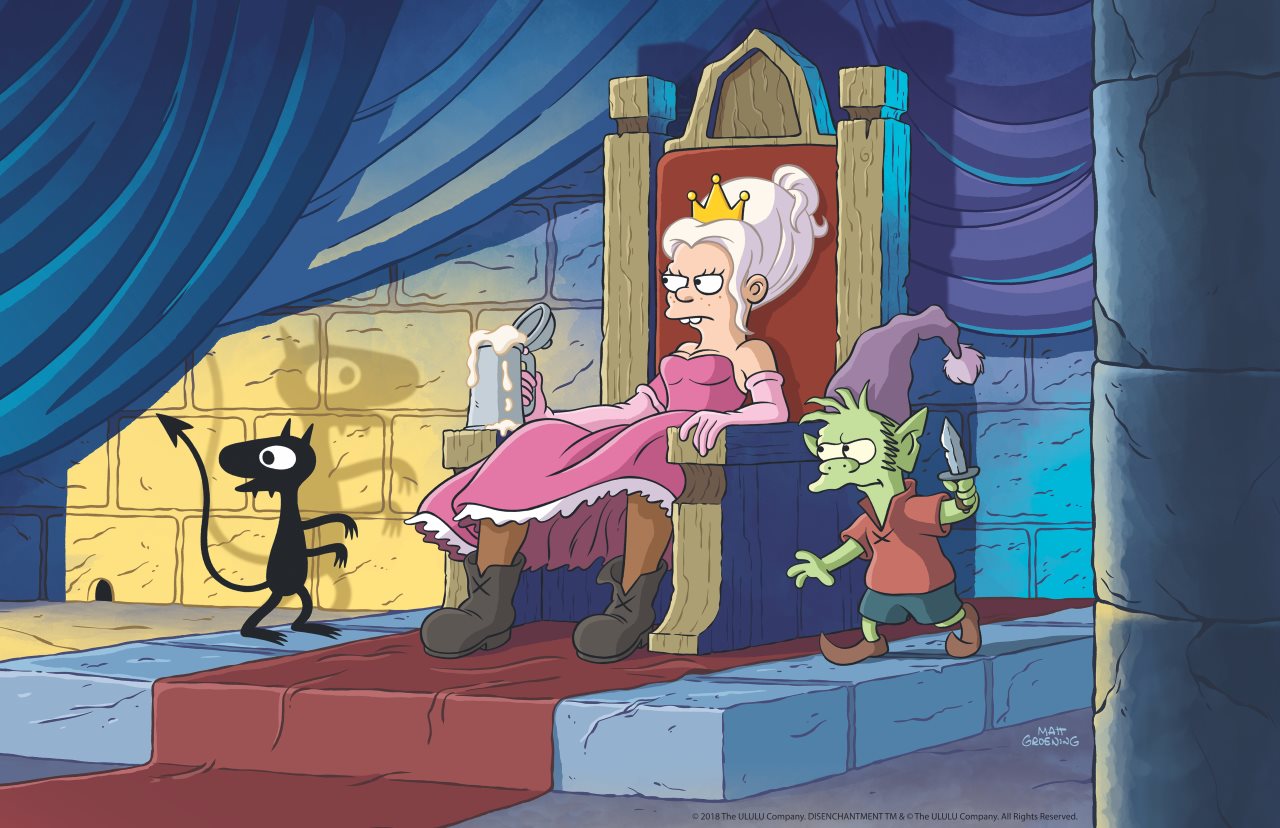 Luci, Bean, and Eflo in Disenchantment

The Disenchantment trailer opens with a wedding between Bean and a prince, who accidentally impales himself on a sword that's part of a throne, as clear a reference to Game of Thrones' Iron Throne that you'll see anywhere. Bean, who had said no to marrying him only seconds ago, is worried about "coming off that high". The show seems to be a coming-of-age story for Bean, who decides to run away, wanting to be "in charge of my own destiny".

Elfo responds to her by saying he wants to see the outside world, while Luci remarks he wants to "get rid of all the diseases plaguing mankind" – a good cause, we'd argue – "and replace them with worse ones". Oh wait, never mind. The trailer sets up the distinctions in their personalities, with Elfo being the overexcited, optimistic fellow who sees the good in everything, and Luci delivering caustic humour with a dollop of sarcasm.

Groening is best known for the aforementioned The Simpsons, which finished its 29th season this year. Though it broke the record for the longest-running scripted series in April, the show been under the spotlight for its poor handling of the Apu controversy, brought into examination by Hari Kondabalu in his documentary, The Problem with Apu.

Not only did The Simpsons deliver a tone-deaf response in an episode, Groening defended his writers' choices instead of acknowledging their mistakes: "I'm proud of what we do on the show. And I think it's a time in our culture where people love to pretend they're offended."

Disenchantment is out August 17 on Netflix.