Netflix Renews Matt Groening’s Disenchantment for Season 2, to Air in 2020, 2021 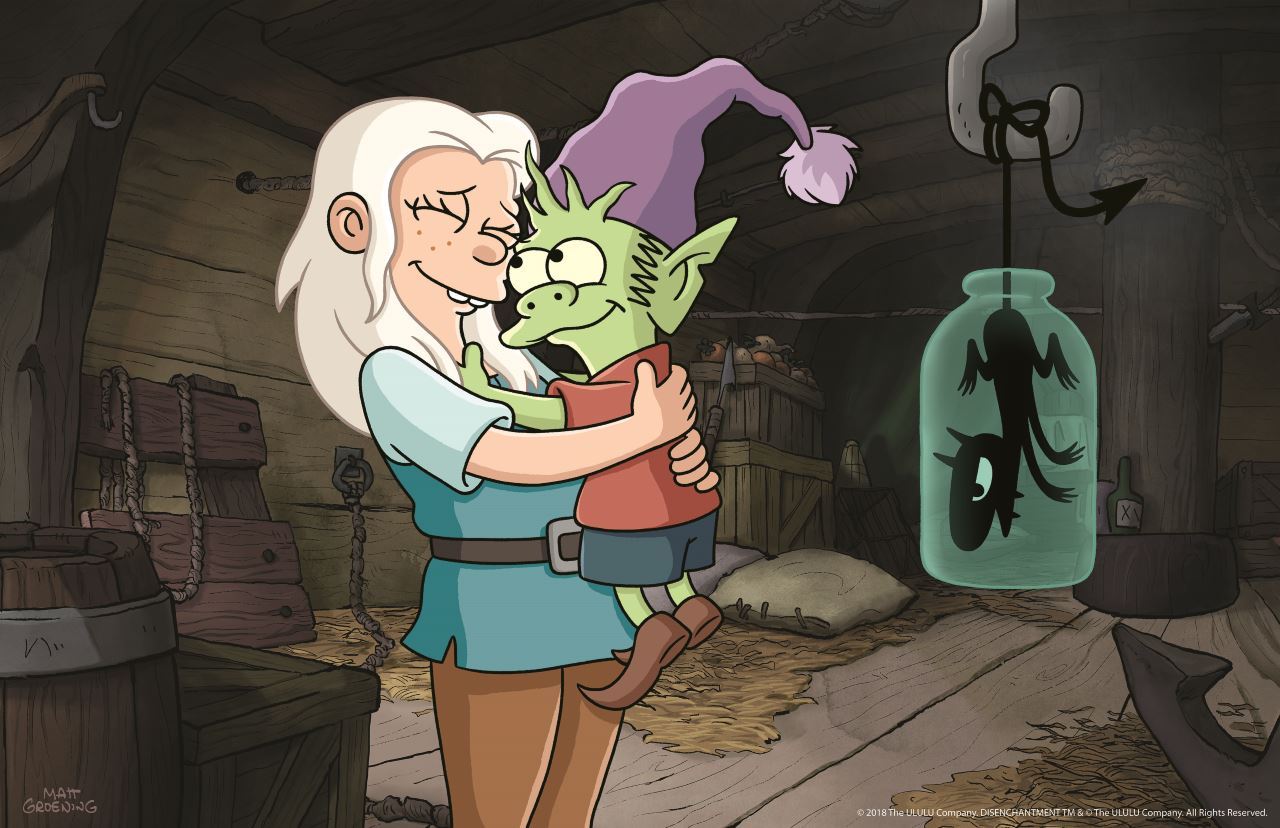 Netflix has renewed The Simpsons creator Matt Groening's latest animated series Disenchantment for a 20-episode second season, which will air in two parts in 2020 and 2021, just like the first season. Featuring the voices of Abbi Jacobson (Broad City), Oscar-winning screenwriter Nat Faxon, and comic Eric Andre, Disenchantment premiered back in August with 10 episodes, with the rest set to air sometime in 2019. Netflix released a short video to mark the announcement that can be seen below.

The renewal announcement means Disenchantment will be on air for the next three years at least, which is sure to be great news for fans of the show. Hopefully it will improve in quality as well: Disenchantment season 1 scored a middling 56 and a barely-fresh 63 percent at reviews aggregators Metacritic and Rotten Tomatoes, respectively, with the latter's consensus noting the “overall familiarity and [the] disappointing willingness to play it safe”.

“We're excited to continue this epic journey with Netflix,” Groening said in a prepared statement attached to the announcement. “Stay tuned for more cranked-up suspense, infuriating plot twists, and beloved characters getting knocked off."

Set in the crumbling medieval kingdom of Dreamland during the dark ages, Disenchantment follows the misadventures of a hard-drinking young princess Bean (Jacobson), her feisty elf companion Elfo (Faxon), and her personal demon Luci (Andre). Along the way, the oddball trio encounter ogres, sprites, harpies, imps, trolls, walruses, and lots of human fools.

Groening is best known for the aforementioned The Simpsons, which finished its 29th season earlier this year. Though it broke the record for the longest-running scripted series in April, the show been under the spotlight for its poor handling of the Apu controversy, brought into examination by Hari Kondabalu in his documentary, The Problem with Apu.

Not only did The Simpsons deliver a tone-deaf response in an episode, Groening defended his writers' choices instead of acknowledging their mistakes: “I'm proud of what we do on the show. And I think it's a time in our culture where people love to pretend they're offended.”