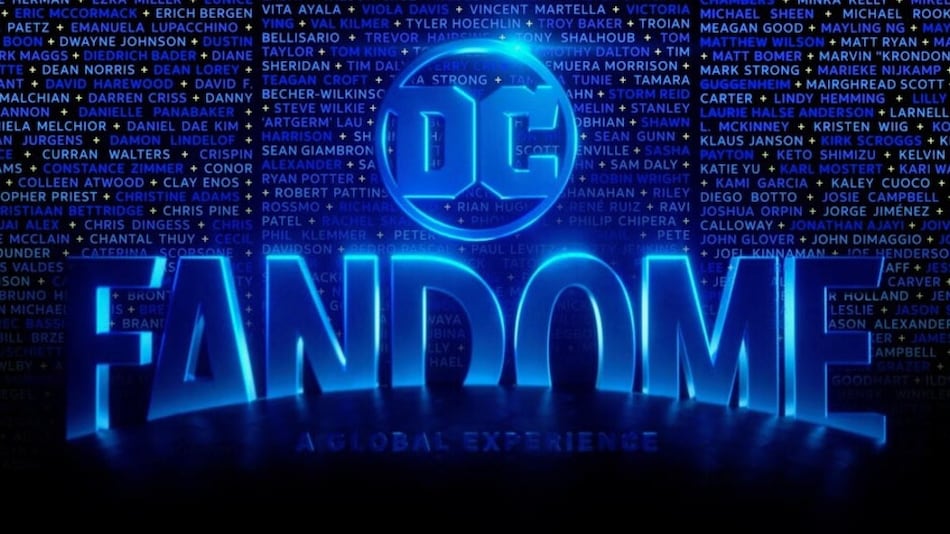 DC FanDome has announced its list of guests who will be making an appearance during the upcoming 24-hour mega virtual convention for all things DC. That includes the likes of Gal Gadot (Wonder Woman 1984), Zack Snyder (Justice League: Snyder Cut), Margot Robbie (The Suicide Squad), Robert Pattinson (The Batman), Dwayne Johnson (Black Adam), Ezra Miller (The Flash), Zachary Levi (Shazam! 2), and James Wan (Aquaman 2). And it's not just the film side of things. Arrowverse architect Greg Berlanti, and series creators Marc Guggenheim, Geoff Johns, and Caroline Dries will also be present.

Warner Bros. revealed the DC FanDome guest list over the weekend on the official DC Comics website that featured over a hundred names. Head to the website to see the full list. In many cases, much of the film's cast and the director will be available, which means you should expect a San Diego Comic-Con type panel where they talk about their movie, before unveiling some footage — a trailer or a first look, depending on the title. Snyder has already promised a teaser trailer for Justice League: Snyder Cut. A trailer for The Suicide Squad is expected. And Johnson will reveal a first look at his character Black Adam, going by his recent social media activity.

On the Wonder Woman 1984 panel, Gadot will be joined by fellow stars Chris Pine, Kristen Wiig, Pedro Pascal, Robin Wright, and Connie Nielsen, and the director Patty Jenkins. For The Suicide Squad, Robbie will be involved alongside writer-director James Gunn, and stars Idris Elba, John Cena, Nathan Fillion, Viola Davis, Joel Kinnaman, Peter Capaldi, Pete Davidson, Alice Braga, Sean Gunn, and Michael Rooker. Pattinson and director Matt Reeves seem to be the only ones representing The Batman, as is the case for Miller and director Andy Muschietti for The Flash. For Shazam! 2, Levi will be joined by Asher Angel, Jack Dylan Grazer, and the director David F. Sandberg. Wan is going solo for Aquaman 2, it seems.

There are a few other big names too among the DC FanDome guest list, including the likes of Damon Lindelof (Watchmen), Neil Gaiman who has worked on DC Comics in the past, and Giancarlo Esposito who was rumoured to be part of The Batman. And there are some hosts and special guests in the list too in tennis stars Venus Williams and Gael Monfils, star Will Arnett, and the DJ D-Nice.

DC FanDome kicks off Saturday, August 22 at 10:30pm IST (10am PDT) and will run for the next 24 hours. It will be available in nine languages and will hold “special presentations” for fans in “every time zone across the globe.”